"What's the point in winning the provincials? it gives you no advantage"

The Super 8s were never going to be perfect from the get-go. It was always going to be a case of trial and error.

The round-robin system which was implemented into the hurling championship this year went down an absolute storm and gave fans plenty of memorable games. Whereas the first weekend of the inaugural Super 8 series was disappointing, to say the least.

END_OF_DOCUMENT_TOKEN_TO_BE_REPLACED

That doesn't mean it cannot be improved upon. Many believe the reason behind the underwhelming start was the decision to play the first round of games in Croke Park.

The four games played at HQ over the weekend attracted poultry crowds, with 53,501 in attendance on Saturday, whilst only 30,740 showed up for Sunday's doubleheader.

The provincial winners were probably the hardest done by when it came to fixture allocations. Dublin and Galway picked up opening round wins, at the expense of Donegal and Kerry respectively. 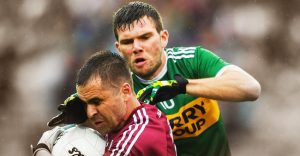 END_OF_DOCUMENT_TOKEN_TO_BE_REPLACED

In hindsight, the decision to play these four teams off against each other is probably something that will need to be looked at ahead of next years competition.

Speaking on yesterdays episode of the GAA Hour, Colm Parkinson highlighted the obvious flaw in beginning the series with these teams against each other.

"Everybody has been talking about the provincial winners having to play each other at a neutral venue first, there's no huge benefit of that. They should be playing at home."

He later continued saying, "Look at Monaghan, they come through playing three division four teams and just get in to play Kildare, they (Kildare) should be playing the Kerry, even if it's a neutral venue like Croke Park, but they (provincial winners) absolutely shouldn't be playing each other."

Cian Ward gave his thoughts on that matter.

"They should be playing against a team who's after playing three or four weeks in a row in the qualifiers. That's what they deserve, what's the point in winning the provincials? it gives you no advantage." 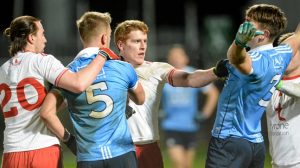 The lads also took issue with the fact that the Dublin faithful are set to outnumber their Tyrone counterparts in Healy Park this weekend.

Speaking on the matter Wooly said, "Dublin are going to outnumber Tyrone in Omagh, there is some glitch here in the brains of the people making these decisions. Dublin have 2,500 season ticket holders and 1,000 Parnell season-ticket holders, so 3,500 altogether. The allocation to Dublin clubs is going to be about 4,000. Tyrone only have 1,500 season tickets. So, when season-ticket holders are looked after, what's left it looks to me is split 50/50 which makes no sense for a home venue. Omagh should be rocking with Tyrone fans on Saturday night, but that doesn't look to be the case."

Of course, this is not Dublin's fault, they are a well-supported side, and fans deserve the opportunity to follow them around the country. However, playing at home should be perceived as an advantage for a team and that includes having the majority of the crowd in your favour.

"That's a farcical situation, Im trying to picture in my own head if there was a game in Páirc Tailteann, a massive game like this, Meath, home to Dublin and more Dubs there than Meath supporters. Waste of time," said Cian Ward.

The one thing that is clear is that if the Super 8s are going to be deemed a success then tweaks will need to be made, and the higher-ups in Croke Park will need to listen to the Gaels on the ground.

You can have a listen to Wooly, Conan and Cian's chat from Monday's GAA Hour Show here.


popular
Andy Farrell goes for Munster veterans as Ireland team to face New Zealand named
The four stone-cold certainties for All-Stars even as early as this
Eamon McGee just couldn't help himself with Armagh-melee tweet
"He's actually smiling putting the ball over the bar. He should nearly be fainting." - Ryall on Limerick's legacy
Kylian Mbappe reportedly wants PSG to sell Neymar
Gavin Coombes one of four Irish players to push themselves into Test picture
"The economy was one of the big reasons" - Cadogan's move from an electrician to personal training
You may also like
3 weeks ago
The GAA community comes together in support of Sean Drummond
1 month ago
Just because they signed an autograph doesn't mean they're not hurting inside
1 month ago
Kilkenny, Dublin and Wexford could all still end up going out of the championship next Saturday
1 month ago
Familiar feeling for the Dubs as Kilkenny rack up a cricket score
1 month ago
"I realise on the far side that all of that stuff is not what it's cracked up to be." - 2011 reunion allows O'Sullivan to take it all in
1 month ago
"Jesus, no, if he finds out, he'll think I'm going soft now." - the social life of inter-county GAA players
Next Page