By comparison, the 2017 All-Ireland quarter-final between the two sides attracted 65,746 fans with Mayo and Roscommon contributing significant support for the first game of that double header at Croke Park.

END_OF_DOCUMENT_TOKEN_TO_BE_REPLACED

Meanwhile 82,000 people attended the 2017 quarter-final double header between Armagh and Tyrone and Dublin and Monaghan in the later game.

An average of 42,121 people attended the opening weekend of this year's Super 8 series compared to the 73,873 people that turned up for the two double headers at Croke Park during last year's championship. 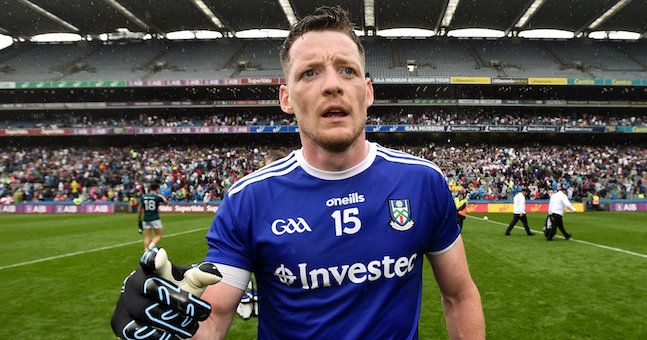 The non-existence of sudden elimination, the fact that there will be two more games in the Super 8s, including one at home for every county except Dublin who will play twice at Croke Park, and Sunday's conflict with the FIFA World Cup final, the biggest game in sport, are all possible explanations for the sharp dip in attendances from the opening weekend of last year's quarter-final stages.

However, the risk of a notable decrease in attendances did not seem to faze GAA President John Horan earlier this month who predicted that fans would still show up to Croke Park despite all of the aforementioned factors.

"I think we're looking forward to a great weekend in Croke Park with the four matches on Saturday night and on Sunday," Horan told the BBC at the launch of the Super 8 series.

"I think we'll have the attendances there to prove that there is a huge public interest in this format of the competition."

Horan also predicted that the World Cup final would not have a significant effect on attendance for the Sunday double header which was down 42.5% from those that attended the first double header at headquarters on Saturday.

"Yeah look we can't kind of legislate for these things happening," added Horan, despite the fact that the location, date and time of the World Cup final had been announced in December 2017.

"If it was two countries had that no connection with Ireland whatsoever playing in the final I wonder would people have any interest in it, and let's be honest, the true Galway and Kerry supporter will turn up in Croke Park."

END_OF_DOCUMENT_TOKEN_TO_BE_REPLACED

The GAA's statement regarding the announcement of the Super 8s in 2016 stated that the association hoped for increased interest in the competition and that the revamped format would provide a much wider opportunity for the country's best teams to display their skills.

"It [The Super 8s] would provide a valuable enhancement of the championship by way of eight additional competitive matches contested by the country's eight best teams," read a GAA statement on the initial proposal of the Super 8s in 2016.

"The group games would increase interest at the peak of the GAA season and provide a much wider opportunity for the country's best teams to display their skills and the qualities of Gaelic football in summer playing conditions.

"The new structure would provide a more exacting pathway to the All-Ireland final: the finalists will have had to compete with three of the best teams in the country at the group stage, followed by a semi-final with a top-four team that came through the same test.

"This will have the effect of ensuring that the finalists will have been equally tested and that the two best teams in the country contest the All-Ireland final."