Every team has their day in the sun, it just doesn't shine as brightly for every team, or in this case, at all for the Clare footballers.

Clare have beaten Kerry just once in the 23 games of senior intercounty football that the two continues have played between each other.

The Kingdom's 22-point hammering of Clare on Sunday edged one more victory into the win column for Kerry while Clare's sole win against Kerry at senior level - the 1992 Munster final win - was omitted from the pre-match programme for last weekend's game between the two sides.

Take a close look at this (Kerry v Clare match programme) and have a guess at the missing year 🤔 A bit of a memory lapse in Kerry? 😉 pic.twitter.com/m2ZL9QJfoo 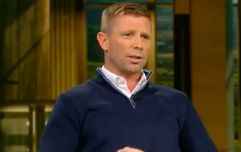 END_OF_DOCUMENT_TOKEN_TO_BE_REPLACED

The omission was highlighted by The Sunday Game host Des Cahill on RTE while former Kerry All-Ireland winner Tomás Ó Sé joked that the gaffe was a reinforcement of all things positive with Kerry football.

"Jesus Des you can't have negativity going into a game," said Ó Sé.

"You can't. You have to go out positive. Whoever printed that is getting a rollicking down in Killarney but they're probably patting him on the back."

Colm O'Rourke then interrupted: "Could you not have given Clare credit for one win? Ah come on!"

Ó Sé is excited by this new generation of Kerry players after several of their young players impressed in the win over Clare.

"Anytime you have seven new starters and these guys are proven at minor level it does not guarantee success at senior level.

"You have three new defenders, you have a new goalie, three new forwards and they're all contributing and have contributed in the league.

"I think what could have been thrown at Kerry over the last number of seasons is that they have not been direct enough, they haven't defended well enough but today is only a start. That's all it is.

"They're not going to be getting carried away with it but the fact that this injection of youth is there is key."


popular
"Johnno went, 'We’re not moving! You're trying to mess us about!'" - Ben Kay recalls red carpet controversy
"Some of the generals wanted me executed" - Irish rugby legend on flag caper that went wrong
Tommy Fury spotted having the time of his life at student night out
Peter Keane's future as Kerry manager in doubt after strange statement
Garry Ringrose challenges "pretty ridiculous" changing conditions for women's players
No Simon Zebo or John Cooney as Ireland gather 50 players for one-day camp
Clinton Morrison shares advice Roy Keane gave him on morning before Saipan showdown
You may also like
1 month ago
Eoghan McLaughlin stretchered off after collision with John Small
1 month ago
Tomás Ó Sé had plenty to say on Dessie Dolan's brave Fitzgerald Stadium footwear
2 months ago
"The provincial system is broken" - Tomás Ó Sé goes to town after weekend of GAA carnage
3 months ago
Tomás Ó Sé, Brendan Devenney and Colm Parkinson made some cheeky decisions in their careers
1 year ago
"One of the best things about lockdown is you're not battling the shit you have to listen to"
2 years ago
Only five Kerry players survived Tomás Ó Sé's Munster final tirade
Next Page