It was a stroll in the Gaelic Park for the men of Mayo.

Just as well most of the travelling Mayo fans were making a holiday out of their 7000 mile round trip to New York, because they didn't get much of a game.

In a completely alien turn of events for this team and for this band of supporters, Mayo started like a Manhattan train, left New York on the platform and rather than looking behind or chasing their tails, the only thing they had to worry about was keeping the rain out.

There were no heart-stopping moments, there was no agony, no despair and little cause for excitement as the Mayo faithful learned the easy way how sweet it is to do it the hard way. 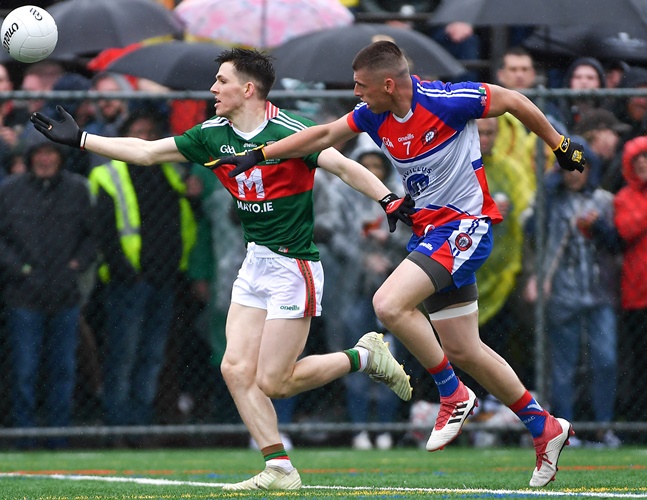 This game was over after ten minutes

Evan Regan tapped over a free as early as the second minute and that kick started a run of 14 points without reply as the Mayo tanks whizzed by the helpless New York bodies like thoroughbreds racing against foals.

In fairness to the New York players and management - this isn't their fault. They don't get to compete in the Allianz National Leagues, they have little scope for any competitive games in between this and next year - this is the story every year - and their player turnover rate is always going to be an unhelpful one.

For them New York native Shane Hogan was best, he never stopped trying but Ciaran Deely's calls for a tier two championship will certainly be echoed on this side of the Atlantic.

END_OF_DOCUMENT_TOKEN_TO_BE_REPLACED

This was about Mayo though and unlike the last few years, they weren't in the entertainment business on Sunday. James Horan's men dispatched of a New York challenge ruthlessly and coldly, their sheer intensity and hunger in the tackle restricting the home side to mere scraps.

Fergal Boland was galloping down the middle as every single Vinny Cadden kickout was gobbled up by O'Shea and Ruane in the middle. Justin O'Halloran's side might have fared better with a few shorter restarts, but nothing was going to change the outcome.

Kevin McLoughlin was typically accurate as James Carr (two from play), Darren Coen and half backs Keegan and McCormack got in on the act too. The only criticism you might have of Mayo's performance was their profligacy, something they may not get away with later on in Connacht but that's for another day. 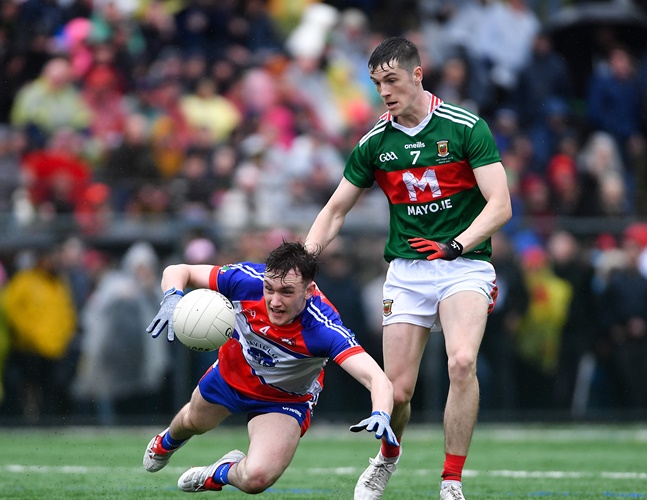 At half-time it was 1-15 to 0-2 and it didn't get much better in the second for the Yanks. Andy Moran came onto a loud cheer from the Mayo fans while young gun Ciaran Treacy kept the scoreboard ticking.

How do you solve a conundrum like New York? That's a tough question to answer given the logistics involved but they certainly need to have access to more competitive games.


popular
The SportsJOE 12 o'clock quiz | Day 103
James Haskell on text exchange with Peter O'Mahony after Ireland's victory over Scotland
SportsJOE 2000s Football Quiz | Round 8
"The academy boys have turned into small monsters over the past few weeks" - Peter O'Mahony
Can you name the first clubs these players went to after leaving Liverpool?
"I have more work done than any player in Ireland" - The Trevor Giles tribute show
The SportsJOE 12 o'clock quiz | Day 102
You may also like
2 months ago
Lee Keegan on what he misses most
3 months ago
Andy Moran: Using the time off to become a better player
3 months ago
The GAA Hour | Football | Mayo 'standing off', Congress analysis and the Tunnel row
4 months ago
Mayo issue update on crunch Allianz Leagues clash with Kerry
5 months ago
James Durcan stuns Ballybofey with last kick of the game
5 months ago
"Growing up, I would always have been naturally fit"
Next Page