Such a waste of a good Supermacs.

The year 2013 and the Clare hurlers and Davy Fitzgerald are like men possessed. 16 years without an All-Ireland senior win, a good deal of hurling folk slating their short-passing style, a batch of gifted under-21 hurlers coming of age, this was the time to do it.

It didn't start so well for them though. Cork gave them an eight point clipping in the first round in Munster and Davy Fitzgerald would bare the brunt of it.

Passionate Banner Gaels demanded a return to the style that hadn't yielded much in the years previous and even Davy Fitzgerald, with a head like 'Spaghetti junction,' was left questioning his ways. 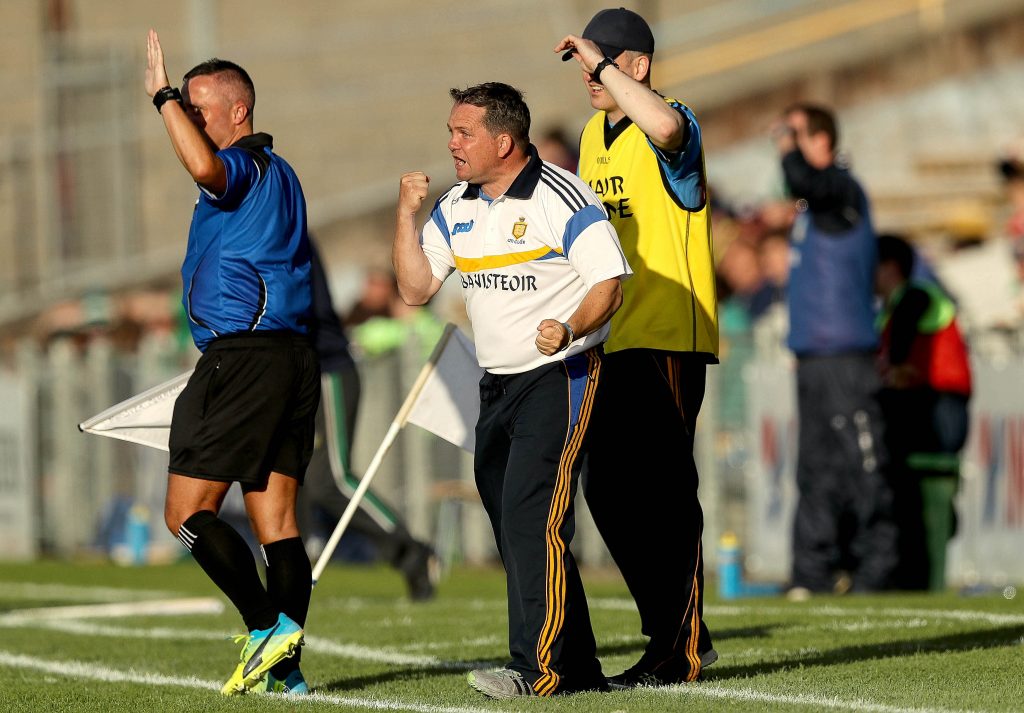 It was stick or twist and lucky enough for the people of Clare, Davy followed his own convictions.

It wasn't just a rosy run to the promised land though.

The soul-searching over Mi Wadi and biscuits in Fitzgerald's Sixmilebridge home the very next day is well documented but his brilliant 'At All Costs' autobiography with Vincent Hogan provides even more incisive insights into Clare's colourful 2013 triumph.

From the gloriously ironic slagging directed at Domhnall O'Donovan for the corner back being the only outfield player not to score in the first round of the qualifiers against Laois to the psychic-operated mind telling a disguised Davy at a camogie match that 'a fella with S in his initials will score a few goals and that the big fella will come on then and win it for ye in the end.'

And that's not even mentioning the lump in Davy's throat and the tears that were waiting to burst as he told a young Shane O'Donnell he'd be starting just hours before the All-Ireland fnial replay.

END_OF_DOCUMENT_TOKEN_TO_BE_REPLACED

Maybe it was just meant to be.

Along the way, they took care of Wexford in extra-time after a dressing room rollicking, defeated Galway fairly handily and then it was on to Limerick.

That was a day that saw a 19-year-old Tony Kelly explode on the national stage as Clare played the flanks to perfection to leave Limerick shell-shocked.

By that stage, the mentality in the group was something unflinching as they marched forward on a mission. A bag of Supermacs flung into the bin by the team's physical conditioning coach Joe O'Connor just summed it all up. 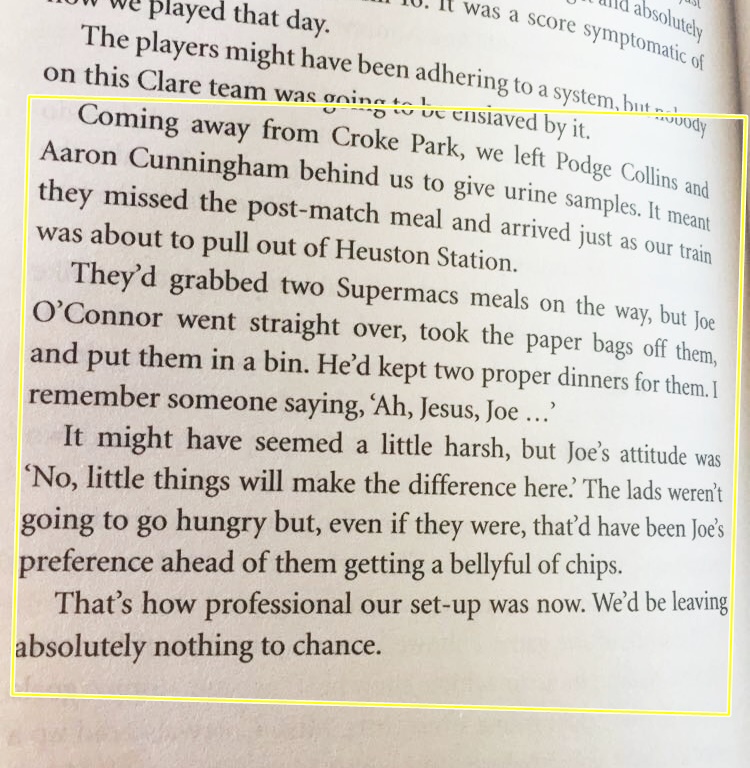 Image via Davy Fitzgerald's book, 'At All Costs.'

How it paid off for them.


popular
The SportsJOE 12 o'clock quiz | Day 117
QUIZ: See if you can identify these retro football kit sponsors
Diarmuid Connolly's Boston heroics captured in stunning, evocative video
SportsJOE 2000s Football Quiz | Round 10
Clubs set for ticket mayhem with no more than 50 supporters per club
The SportsJOE 12 o'clock quiz | Day 116
"There was a Watt-bike, weights and a piece of grass waiting for him"
You may also like
2 months ago
How Clare won Jamesie's heart, after all those Galway dreams
2 months ago
Genius of Ger Loughnane rings true in his believing players
3 months ago
Ranking the most audacious and ridiculous skills pulled off by Irish sports stars
3 months ago
We give you the All-Ireland hurling final, you tell us the man-of-the-match
4 months ago
Shane O'Donnell controls the ball without really knowing where it is
4 months ago
"Then we came along and we just won most competitions we were in"
Next Page