"I've noticed players walking into dressing rooms with coffees in their hands, coffee before a game, that's absolutely ridiculous"

Oh the times, they are a changing.

We live in a time now where life is lived through the prism of a mobile phone screen. Between the Whatsapp groups and the Snapchat stories, it is difficult to pull yourself away.

We feel sick at the thought of leaving the house without our phones, how would you survive without it? No Facebook, no Twitter, no Instagram. Jesus, it doesn't bare thinking about.

People are in constant communication through social media, so much so that it is taking away from face to face interaction. We may be social media savvy, but many of us are now socially awkward.

This way of life has filtered into our sporting environemnt. All teams have Whatsapp groups for announcements, match day arrangements, and of course, general banter.

On Thursday's GAA Hour, Wooly and Stevie - two men who have come out of retirement because they missed the game and that dressing room environment - highlighted how times have changed inside GAA dressing rooms.

The guys where discussing former Kerry midfielder Mike Quirke's column, where he claimed that dressing rooms are not what they once where, and that is down to player's addiction to their phones.

GAA dressing rooms at club level aren’t what they used to be. Players bring their phones instead of their towels & are gone after training as quickly as they pick up their car keys. From today’s @ExaminerSport https://t.co/P4YoDCEJTq

Stevie McDonnell fervently agreed with Quirke's sentiments, highlighting that he has called players out in the past because of it.

"Absolutely, it was something I actually pulled a few of the players about a few weeks ago. I was standing outside the dressing room of the team that I am involved in, and players just walk in after training, grab their bag and out the door... It got me thinking, 'this is not the way it used to be when I was playing'".

"What are the reasons behind it? Yes, obviously social media is behind it. Looking back when I was playing, there was a firm bond built by teams with the banter that went on in the dressing room, slagging each other off, having a bit of craic. For that half an hour after training, it does add to the team ethos." 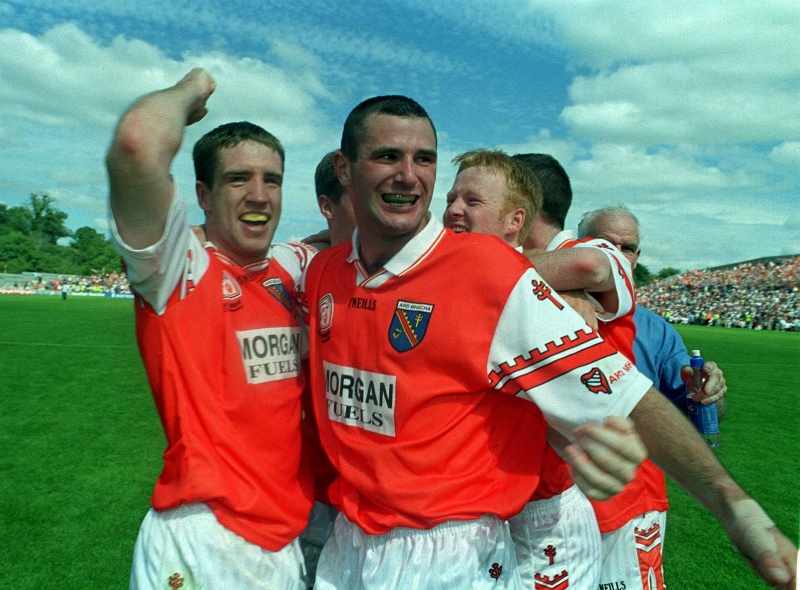 He also highlighted the generational element involved, "It is more or less the younger generation of players, the older boys are usually the last the leave the dressing room simply because they have the old way of going about things, I agree totally with Mike Quirke here because I have seen it."

Wooly believes teams are suffering as a result of social media as it takes away from the traditional changing room banter.

"I think the social media side is that instead of having the craic in the dressing room, they'll go home and put a joke on snapchat and have the laugh through that, like why do they not just say it in person."

"This is the reality, people are communicating through Whatsapp, and this is our age, imagine the younger people who are completely used to communicating (through social media). This is how they communicate and have the craic." Said Wooly.

The former Armagh star went one further pointing out that players today are coming into the changing rooms with something he never thought imaginable. 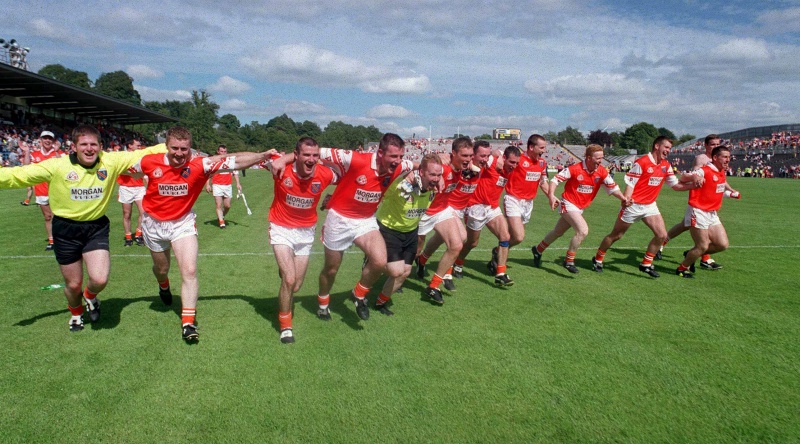 What do you reckon? Do the lads have a point or is it a case of the stereotypical grumpy senior players.


popular
The SportsJOE 12 o'clock quiz | Day 103
James Haskell on text exchange with Peter O'Mahony after Ireland's victory over Scotland
SportsJOE 2000s Football Quiz | Round 8
"I have more work done than any player in Ireland" - The Trevor Giles tribute show
The SportsJOE 12 o'clock quiz | Day 102
"The academy boys have turned into small monsters over the past few weeks" - Peter O'Mahony
Can you name the first clubs these players went to after leaving Liverpool?
You may also like
7 months ago
Seven years of Twitter debate between Joe Brolly and Colm Parkinson coming to a head next week
11 months ago
"The weights fell off both sides and I was left with the bar like a plonker"
11 months ago
'Michael Murphy would be the No.1 transfer for every inter-county side'
11 months ago
"I see Mayo as dead men walking, ready to be taken out" - Colm Parkinson
1 year ago
"I don't believe for a second that his contact lens came out"
1 year ago
GAA Director General admits there is no plan in place if Dublin continue to dominate
Next Page