What a sight to behold.

In the Ulster championship last summer, we saw Conor McKenna be penalised for making a spectacular aerial catch against Donegal, a skill which he no doubt picked up in his time in Australia playing in the AFL.

Then just last month, Conor Glass made an outstanding fetch playing for his club Glen against Scotstown, seemingly delaying his time in the air, and defying the laws of physics.

Like McKenna however, he was blown up for a foul for using his knee against his opponent to propel himself in the air for longer. 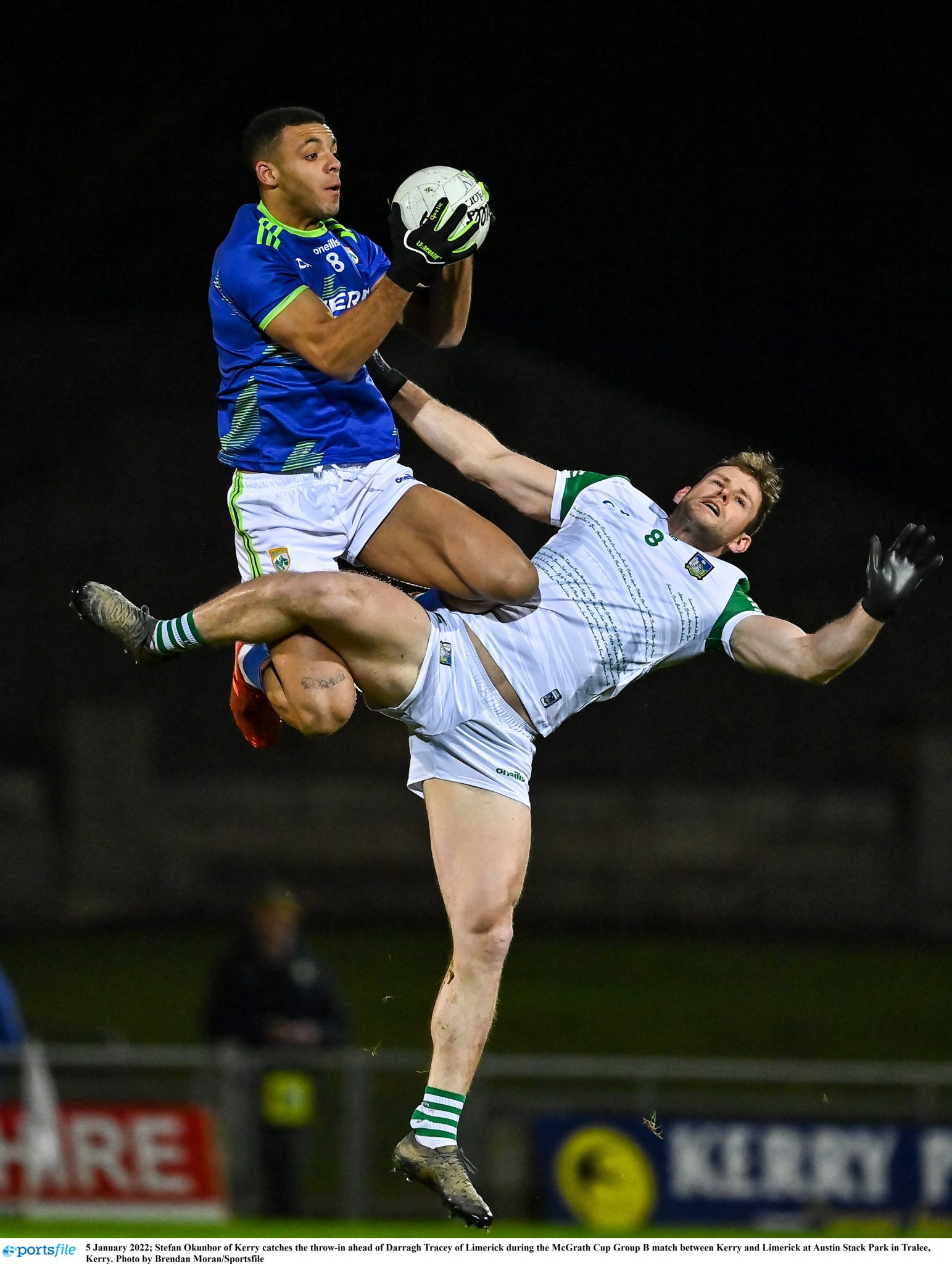 END_OF_DOCUMENT_TOKEN_TO_BE_REPLACED

Yesterday we saw the return of Stefan Okunbor to the Kerry fold, after enjoying some playing time down under, and it was clear to see that the powerful midfielder had picked up a trick or two.

The Kingdom played Limerick in what was the first game of Jack O'Connor's third stint of charge of his county.

Straight from the throw in, Okunbor distanced himself from the centre in order to give himself a proper run up, and build some momentum.

Not an original point and an obvious one, but the difference in how AFL coach fielding is unreal. Timing is perfect, never caught standing under the ball, always protect themselves. pic.twitter.com/zk97uF7F1r

Then, almost like something you would see in an action movie, the the Kerryman jumped higher than what would seemingly be possible, towering over his opponents, and winning the ball comfortably.

END_OF_DOCUMENT_TOKEN_TO_BE_REPLACED

This time, the referee did not penalise the move, and we as spectators could all simply enjoy the unbelievable skill for all its glory.

Kerry went on to dominate the game, winning by a huge landslide of 2-23 to 0-06, with the Clifford brothers inflicting most of the damage.