Proposal A and proposal B have both been rejected!

Special Congress has officially rejected both proposals and the status quo will remain the same for the 2022 championship.

Today's result means a return to the pre-2018 qualifier system for next year's championship, with the Tailteann Cup added in, meaning two rounds of qualifiers instead of four.

END_OF_DOCUMENT_TOKEN_TO_BE_REPLACED

The back-door will be re-introduced after two seasons without it, due to COVID-19 and the scheduling issues around the condensed calendar.

Proposal B, a league-based championship, received 50.6% of the vote, falling short of the 60% that was needed to carry the motion. 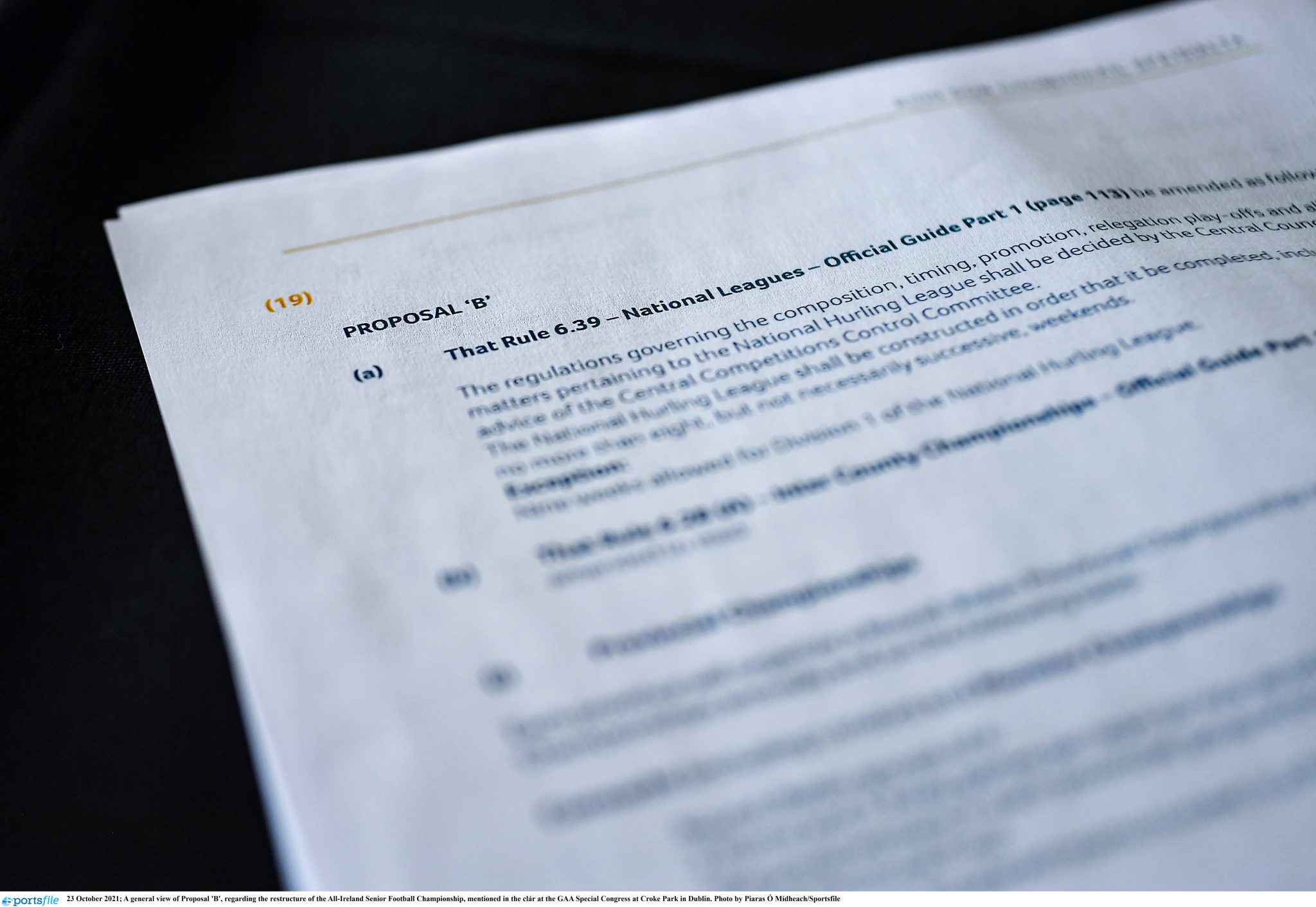 85 delegates voted in favour, 83 against the proposal.

Proposal A, four provincial groups of eight, was rejected by 90% of the delegates present.

Proposal B was widely backed by significant figures in the GAA, including the Gaelic Player's Association, and the current GAA president Larry McCarthy.

Although it was almost universally agreed that change was needed, many seen Proposal B to have too any flaws or as too drastic a change, to support it.


popular
Roy Keane cracks up Carragher and Hasselbaink with league title joke
Brian McGrath's powerful interview after county final win is club GAA at its finest
"I've had stick my whole career" - Mike McCarthy on 'Plastic Paddy' jibes and singing the anthem
Marcus Rashford on Solskjaer chat with squad after Man United dismissal
"People tend to forget I've managed before and I've done okay in the Premier League" - Keane on the defensive
'Go and get a job' - Ronnie O'Sullivan responds to Shaun Murphy's amateur player comments
Harry Redknapp describes Man United decision to appoint Ralf Rangnick as 'ridiculous'
You may also like
1 week ago
Commentator goes wild as John McGrath wins Tipperary football final at the death
1 week ago
Kilmacud Crokes have won an historic double, but we have to talk about Kevin McManamon's side-step
1 week ago
Late drama in Ulster championship as bizarre final five minutes see Glen edge out St Eunan's
1 week ago
There's nothing wrong with GAA players transferring clubs but certain circumstances can make it "unfair"
1 week ago
How Pillar Caffrey's Dublin team was the first to bring 'celebrity status' to the GAA
2 weeks ago
Conor Glass reveals some of the hurdles that Oisín Mullin will have to overcome as a GAA player in the AFL
Next Page