"For somebody who worked in the industry himself, I don’t think it was fair" - Healy on Varadkar's comments

She didn't expect it from a man of the Taoiseach's experience.

It was back in November when Leo Varadkar got a little bit cheeky.

Speaking at Leaders' Questions, the 39-year-old claimed that, in order to ensure the availability of every hospital bed over the always hectic festive period, that nurses, doctors and all of those working in the emergency departments of our hospitals should not be taking holidays during during that time-frame.

“What has been happening in our health service for ten or 15 years is that hospitals effectively closed down for seven days out of 12," he said.

END_OF_DOCUMENT_TOKEN_TO_BE_REPLACED

Varadkar's comments, as you can imagine, didn't go down well with healthcare workers the length and breadth of this country and a number of them took to Twitter with #ImAtWorkLeo to let him know their thoughts.

Dublin footballer and anaesthetist in Connolly Hospital Blanchardstown Noelle Healy was among them and her tweet on the back of three 24 hour shifts in six days gained plenty of support.

Three 24 hour shifts in 6 days and 2 in the last three . It cool if I take a day or two off to celebrate Christmas with my fam @campaignforleo ?

And she was speaking at the launch of Future Proof Media on Tuesday when she developed on the healthcare staff's side of the story.

“I’d just come off a weekend of night shifts and was a bit emotional,” she said of that tweet but she still stands over the point made.

Having only had two days off work over the whole Christmas, she knows all about the hard yards and it was the unappreciative, presuming tone of Varadkar's comments that irked her and her colleagues.

“It just doesn’t seem fair when people are giving up time they could be spending with their family, staying late mostly, potentially not getting paid for it, working overnight, putting themselves in stressful situations, working when they’re sick." 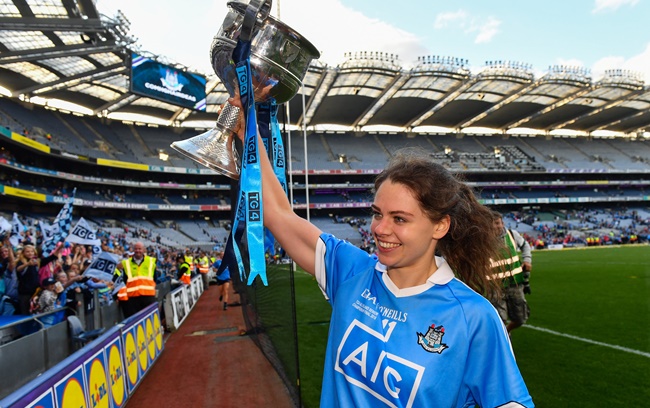 And then getting taking for granted on the back of it.

"For somebody who’d worked in the industry himself, I just don’t think it was very fair. People work extremely hard, there’s a great solidarity there. That was shown on social media as well. It was great that it got picked up because sometimes maybe there isn’t enough appreciation for the work that staff and, yeah, the health service isn’t great, but when you actually get into the health service, the care that you get is as good as anywhere."

She also feels that the government could do more in terms of exercise campaigns, anti-smoking and drinking campaigns.

Prevention isn't only better than the cure, it is the cure.

"I had to ring up for an appointment with a GP before Christmas and the nearest appointment was three days later. If somebody feels like they really need something, they’re just going to rock up to their local A&E.
"Prevention definitely and more front line between with improving GP’s and A&E’s. If you they could have picked one, they probably would have solved it at this stage. It’s probably a combination of an awful lot of things," she continued.

As for the football side of things, the Dublin ladies are just back from a team holiday but they're already gearing up for the year ahead.
Advertisement

"I'm sick of burgers and chips. When I got home I was like, 'I need a vegetable.' When it's cold and you're getting back into it it's always a bit tough. You look from January all the way to the end of September and it's a long nine months to get to a bit of sun and the great days.

You get to the stage where you know there's only so many pre-seasons left in you so you need to enjoy them as well when you can catch your breath try to take stock of it." 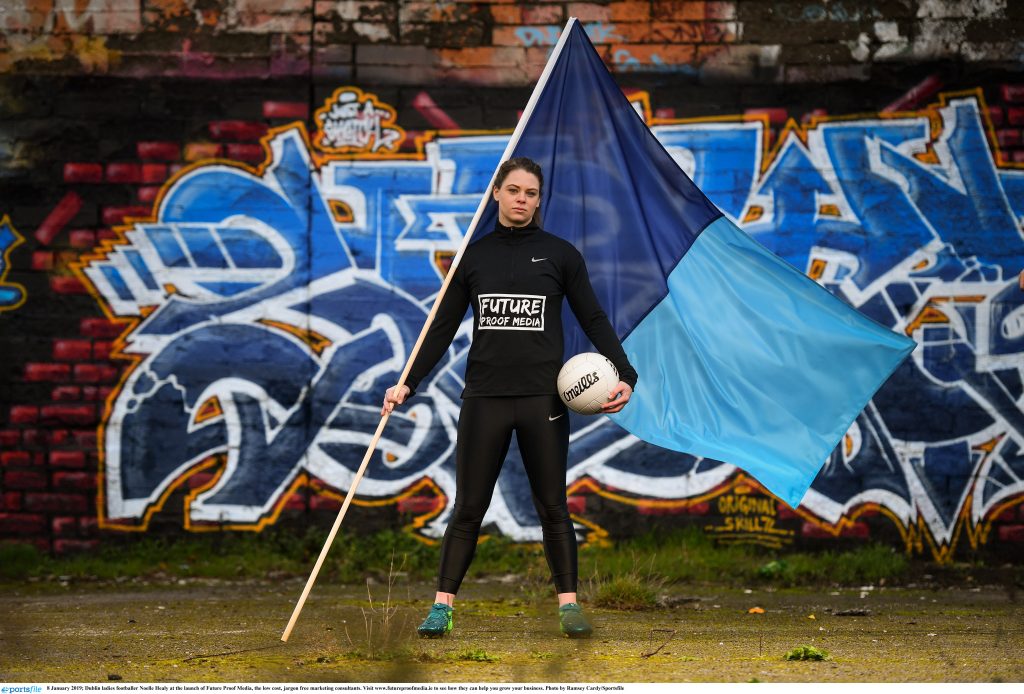 Dublin ladies footballer Noelle Healy at the launch of Future Proof Media, the low cost, jargon free marketing consultants. Visit www.futureproofmedia.ie to see how they can help you grow your business.


popular
Get him a tuxedo, give him the All-Star and for crying out loud, someone bring that man out to America
Fans react to Tottenham Hotspur's 'brilliant tease' for Richarlison signing
Southampton pay tribute as Shane Long leaves the club after eight years
Tiernan Kelly and three other players hit with ban following tunnel brawl
Mohamed Salah signs new long-term contract with Liverpool
Former England Under-21 captain open to playing for Ireland
Quiz: Name the players these famous footballers played alongside the most times
You may also like
3 weeks ago
The GAA community comes together in support of Sean Drummond
1 month ago
Just because they signed an autograph doesn't mean they're not hurting inside
1 month ago
Kilkenny, Dublin and Wexford could all still end up going out of the championship next Saturday
1 month ago
Familiar feeling for the Dubs as Kilkenny rack up a cricket score
1 month ago
"I realise on the far side that all of that stuff is not what it's cracked up to be." - 2011 reunion allows O'Sullivan to take it all in
1 month ago
"Jesus, no, if he finds out, he'll think I'm going soft now." - the social life of inter-county GAA players
Next Page