Sigerson Cup Team of the weekend

The Sigerson Cup is back.

This time, there are no second chances. This it's straight knock-out.

Eight first round games took place over the weekend and after it all, the reigning champs and the favourites are still standing but already, there are some big guns out.

IT Tralee meanwhile, with their dream inside forward line of David Clifford, Tony Brosnan and Barry John Keane, were also eliminated. IT Carlow came from behind to beat the Kerry college in Austin Stack Park, with three goals in a rousing last ten minute spell helping them over the line. Offaly senior Cian Farrell was inspired for them, hitting 1-6.

Elsewhere, DCU withstood a gallant Garda College effort. The trainee Garda deployed a defensive system with Galway's Paul Mannion often a lonely figure up top but they took their chances and squeezed DCU's attackers out of the game. Shaun Patton, the Donegal keeper, gave an exhibition of free-taking and kick-outs up until his 50th minute red card while Shane Nerney frustrated Dublin forward Paddy Small to the extent that he was also given his marching orders. Monaghan's Micheál Bannigan rescued DCU from a bad situation, with some nerveless late frees.

Donegal keeper Shaun Patton has legs the size of tree-trunks and a beautiful, graceful kicking style

Reigning champs UCC had it tough against NUIG in Dangan, with Mayo senior Eoin O'Donoghue keeping Sean O'Shea quiet while the brilliant Galway forward Robert Finnerty hit 1-9, including 1-5 from play from full forward. Billy Morgan's team showed their mettle though, James McEntee getting forward for 1-1 while Killian Spillane, despite having come through the heartbreak of losing an All-Ireland intermediate semi with Templenoe just 24 hours earlier, hit a crucial late point.

The Kerryman had to be taken off exhausted soon after.

END_OF_DOCUMENT_TOKEN_TO_BE_REPLACED

Letterkenny IT won their first ever Sigerson Cup game, a convincing 1-18 to 3-4 win over Athlone IT and both Christian Bonner and Peadar Mogan dazzled for the team managed by Donegal senior captain, Michael Murphy. Mogan hit 1-5 from play while Bonner got forward to kick 0-3 from wing back.

Oisín O'Neill excelled in midfield for St Mary's in their 2-14 to 0-9 win over Maynooth while on Saturday, Odhran Eastwood helped Queen's eliminate TU Dublin with a quickfire 1-3.

Odhran Eastwood of @QueensGAA lit up the Electric Ireland Sigerson Cup on day One.

The @NaomhEannaCLG club man kicked some delicious scores to knock TU Dublin GAA out of the competition.

IT Sligo had a monumental win over a highly rated UL team, and Kevin McBrearty was a powerhouse for them. 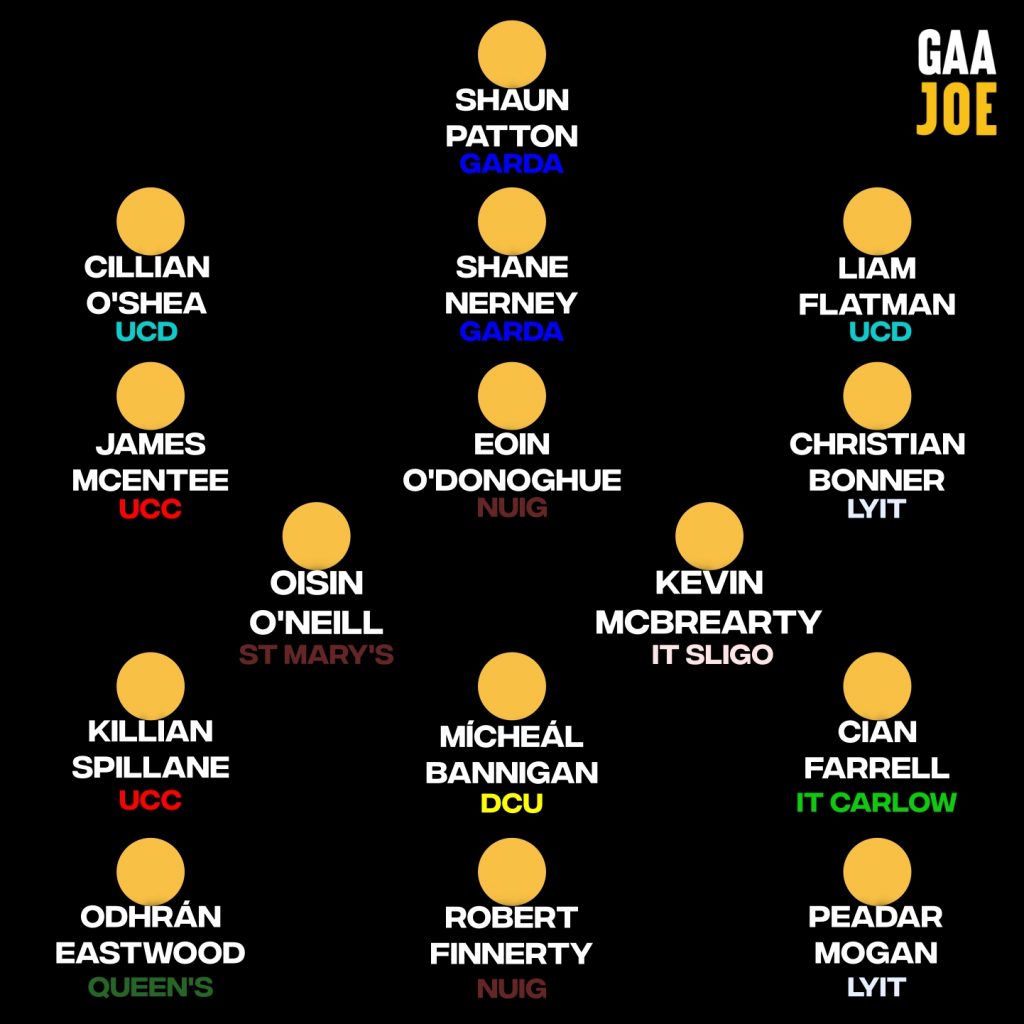 
popular
Bill Shankly’s grandson asks for statue to be removed from Anfield
'War-scene' in Tyrone dressing room before 2005 final sums up an iconic team
'Make him hurt, make him yours' - How the Springboks ruled the world
Springboks legend Tendai Mtawawira tells us what he really thinks of Ellis Genge
We knew Sean O'Brien wouldn't let us down with his Lions XV
Keith Earls backed for Lions XV by one of the best in the game
The SportsJOE 12 o'clock quiz | Day 335