"I opened the door, to come out for the game, and it was snowing sideways!"

Three years on from his Gaelic football debut for Donegal club side Glenswilly, Shane Williams smiles broadly when he recalls his time there.

The former Wales and Lions winger headed over to Glenswilly in early 2017 as part of the AIB-devised show, The Toughest Trade. The concept was to swap a sporting star into another sporting world and see how they got on. Donegal forward Michael Murphy headed to Clermont Auvergne while Williams gave GAA a whirl.

"I didn't know much, to be fair," he once joked. "It was a sport that I knew very little about, but I knew the people that played it were f***ing nuts."

Williams got a warm welcome from the locals in Glenswilly and though the weather and his opponents were not always kind, he managed to score 0-4 in his one competitive outing.

On the latest House of Rugby Ireland episode (from 22:00 below) Williams spoke with hosts Eimear Considine and Ian Madigan about his experiences with the round ball in Ireland's inclement North West. 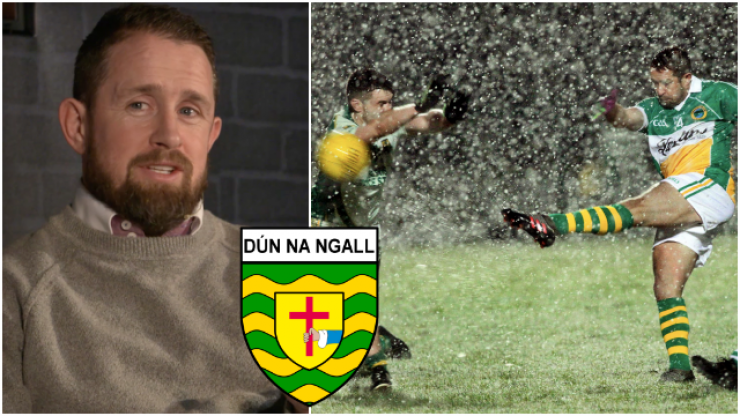 Shane Williams kicked 0-4 on his GAA debut for Glenswilly. 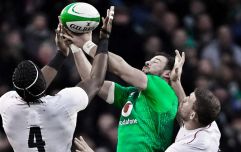 END_OF_DOCUMENT_TOKEN_TO_BE_REPLACED

"It was a crash-course in GAA, I think," says Williams.

"I obviously had never played the sport and I knew very little about it. I knew how big a sport it is in Ireland. And when I was asked to do it, I was really excited about it. I thought, okay, I’ll do something out of my comfort zone.

"I’d never played the game but I played a bit of soccer and had obviously played soccer. How difficult can this be, you know?

"And I turned up to Glenswilly, out in Donegal there, and… I thought Wales had bad weather. It was just ridiculous! I was freezing… I’ve never been so cold in all my life.

"But it was a great experience. The people were lovely in the town there and they really took me in. I spent a week there training with them, and they had a talent show as well, so I went and had a few beers with the lads, and it was great.

"I remember match-day. I got up in the morning and thought, actually it’s quite a nice day today. The weather’s been kind and we’ve got a game, so this will be lovely. So, we travelled to the game and it was obviously a local derby and a friendly match.

"And I went into the changing rooms and the weather was lovely. It was absolutely lovely. It was late at night but it was fresh, it was lovely, it was great. I opened the door, to come out for the game, and it was snowing sideways! I’ve never experienced anything like it in my life. We couldn’t even see the pitch because of the snow."

"It was just the most crazy experience I’ve ever had in my life," Williams continues.

"I didn’t know where I was really meant to be. I was running around like a blue-arsed fly!

"The guy next to me was just having a field day because I was doing all this running. He was staying in the same spot. Every time I was getting the ball, I was catching it and competing against him, and he was just barging me all over this pitch. I was thinking, ‘Jesus!’ I’ve probably never covered so much field in all my life.

"But it was great. We had a lovely crowd that came out to watch us… well, try and watch us. They couldn’t see the game because it was honestly a white-wash. I’ve seen nothing like it in my life. I had a couple of points there, scored a couple of goals and what-not. I loved it. It was great. Will I be going back to Glenswilly to play? I doubt it, ever! But they were lovely."

So, don't expect to see Williams pitching in for Glenswilly in 2021, but he would love to come back... for the friendly drinks and warm company.

popular
Jamie Redknapp's face after going toe-to-toe with Roy Keane as Matt Doherty caught in the crossfire
Referee Mathieu Raynal puts Sexton in his place after TMO mess
Robbie Henshaw one of three Irish players deserving of Lions Test XV
Sexton compares "brilliant" Irish debutant Craig Casey to Jonny Wilkinson
Ellis Genge reveals death threats received after England's loss to Wales
Solskjaer hits out at "outside influences" on referees over Man Utd decisions
Tadhg Beirne now delivering what so many of us knew he was capable of
You may also like
4 days ago
"I was like, ‘My ear is hanging off my head. Can you not see that?!'"
4 days ago
Bryan Habana on how close Sean O'Brien was to Toulon move
4 days ago
Japanese rugby players living off the classic Irish school lunch for pre-match-meal
6 days ago
'We haven’t performed to the standard that everybody else expects us to"
6 days ago
Conor Murray's injury scare and how it could have altered Irish rugby history
1 week ago
"People associate hardness, ruthlessness and 'Fear of God' with Paul, but that's 1% of him"
Next Page