"Shane was just gifted. He could play centre back, centre forward, he had everything"

Seanie Tobin had a feeling Shane Dowling's game was up.

Tobin bumped into his old partner in crime on his way to the golf course last week and Dowling filled him in on the struggle.

"He just told me he was under severe pressure with the knee and I kind of just knew where it was heading from there" Tobin tells SportsJOE.

Having fought a troublesome knee for the past three years, the wear and tear of inter-county hurling coupled with gruelling operations has finally ground the Na Piarsaigh man down. His wizardry will be some loss to the game.

Tobin for one, will miss watching him. The pair go way back, having first crossed paths in the Limerick under-21 team when Dowling was just 18 and from day one they got on well. 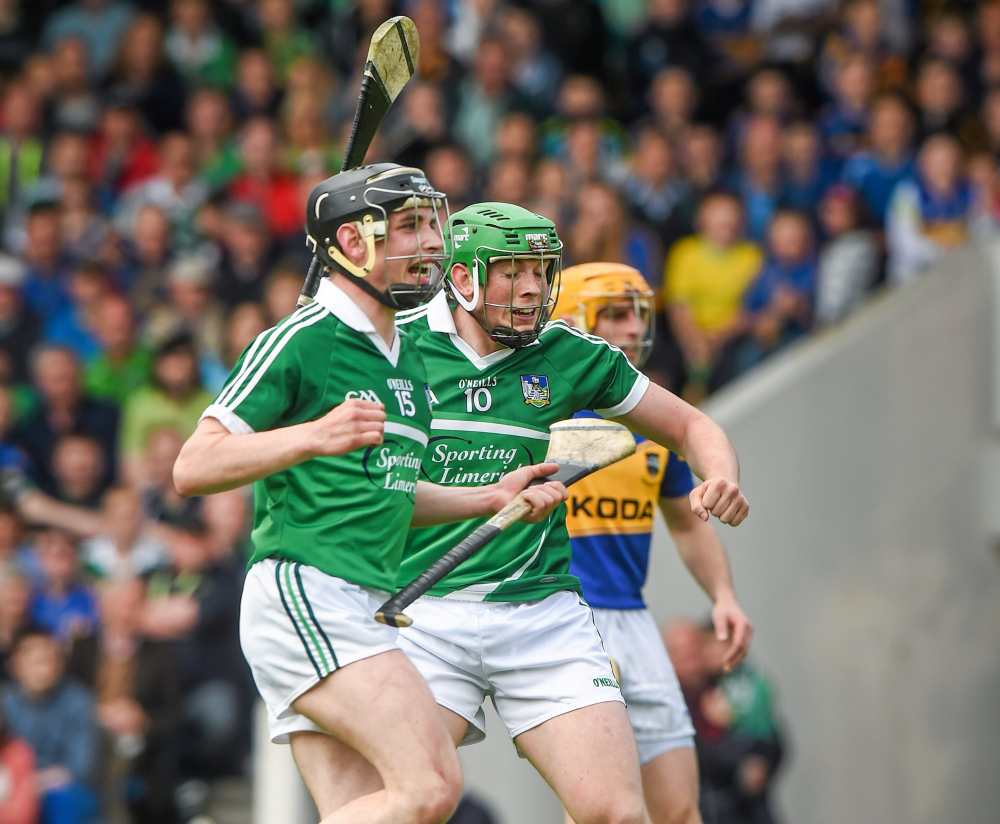 "Ah Shane was so easy to get on with. We got friendly then during that year but sure everyone really got on with Shane.

"He had known my brother Pat, who Shane did work experience with in Ennis road motors. Now they got on like a house on fire because Pat was playing with Limerick at the time and Shane would have looked up to him.

"We'd always have had good craic in the training sessions, trying to bury goals before training in the top corner. He's charismatic around the place, he likes the bit of craic and the fun like. He knows when to take it serious as well but it was always a great buzz around him, we'd sit beside each other in the corner in the dressing room and there'd always be a good chat with Shane."

Soon after, the pair bought into a successful horse-racing syndicate along with teammate Gavin O'Mahony and those days are remembered fondly.

"It was a great year that year, we got some great days out of it. Had a few pounds on her ah those were great times..."

From the racecourse to the hurling field, the Eamon O'Connell trained Sassaway gave the boys some great days and great wins on the flat, but they'll be best remembered for their triple threat in the Limerick full forward line for many years along with the lively Graeme Mulcahy.

"It's easy playing in the full forward line with good players and the lads were clever and they were good on the ball. Shane in particular like, his vision was incredible, he'd always nail a long pass and he was just so clever on the field too, a joy to play alongside.

"Myself and Graeme were similar types of players and it worked well with Shane in the middle, he was so good to win his own ball in the air."

Tobin was the first member of the band to fall by the wayside, having been dropped by John Kiely in 2017. But he knows all about the injury heartache Dowling is now going through, having been plagued by debilitating hip problems since he was just 16. Still, the speedy Tobin still lights it up on the club scene and he hopes to come across Dowling on the hurling field soon.

"I had two hip operations and bone shaven away. I only got them operated on when I was 21 and 23 and there was a lot of damage done from playing away on it over the years and I suppose you just learned to live with it, like Shane has done for a while.

"You could see from when he was playing with Ard Scoil Rís, Shane was just gifted like. He could play centre back, centre forward, he was very versatile. I know he played in goals underage as well. He had everything that you need, the hands, the vision, had it all..."

There isn't many sweeter strikers than Shane off the left - we always slag him that the right wasn't as good! But yeah, he will be some loss for Limerick because just take the last few years, if you were the opposition team and seen him coming on, you'd be worried. You knew he could score, get a point or a goal in the blink of an eye. He found pockets of space so easily as well and people say he's not that fast, but he was always able to get that yard for a strike."

Two talents struck down in their prime. Limerick hurling folk won't forget Dowling or Tobin in a hurry.

popular
Conor McGregor wants immediate Dustin Poirier rematch, for UFC title
The SportsJOE 12 o'clock quiz | Day 293
QUIZ: Name every Chelsea manager hired by Roman Abramovich
Quigley's shot from heaven is worth a year without hurling
"If Munster hadn't given him a contract, I'd say Leinster would have gone after him"
The SportsJOE 12 o'clock quiz | Day 292
SportsJOE 2000s Football Quiz | Round 20
You may also like
1 week ago
Limerick dominate All Star nominations with fair Hurler of the Year spread
2 weeks ago
"Is it curry or is it stew?" - Seamus Flanagan and a Limerick training session in November
1 month ago
"It's going to be very hard to see anyone laying a glove on Limerick for a while" - JJ Delaney
1 month ago
GAA JOE All-Star hurling team
1 month ago
You may write the weekend off with no fewer than 11 GAA games LIVE on TV
1 month ago
"There's no nonsense with this team, they're just going out there and playing the game"
Next Page