Shane Conway delighted to do his Lixnaw fan-club proud

Mark Kehoe was the man-of-the-match, Conor Browne was the winning captain but Shane Conway was the man in demand.

'He has his own little escort,' said one of the many Lixnaw folk in the crowd shortly after Conor Browne had lifted the Electric Ireland Fitzgibbon Cup.

'Jesus, everybody wants to talk to Shane...it's the Shane Conway fan-club,' said another.

And that's exactly what it was.

The Lixnaw gem belted out 'Olé, Olé, Olé' with his teammates, he cheered on captain Conor Browne's brilliant winning speech but through it all, the people he really wanted to chat to were the group of glowing Kerry faces taking over the side of the WIT field.

And when he eventually made it back to them, young and old they queued up for photos, they patted him on the back, they told him how proud they were of him and he, he really couldn't have looked much happier.

This was the 30 strong Lixnaw fan club who made the three hour journey across the country to Waterford to support their man in the Electric Ireland Fitzgibbon Cup final for UCC against Mary I on Saturday afternoon.

Shane Conway celebrates with the @LixnawGAA jersey. A bus of around 30 made the three hour trip to Waterford to see him today 👏 @UCCgaaClub pic.twitter.com/QRCS2NIwHu

What a lovely photo with members of the fan-club with the Lixnaw number 14 jersey.

He didn't disappoint, scoring six points in another fine display and speaking to us after the game he was on form again.

"Ah it's a great buzz yeah," he said with a wide smile adorning his face.

"There aren't too many Fitzgibbon Cup medals around any county, they're very hard to come by. It's a serious competition, so I'm just delighted to have won it today," he added.

And then he paid tribute to his loyal band of supporters who have been with him all the way. 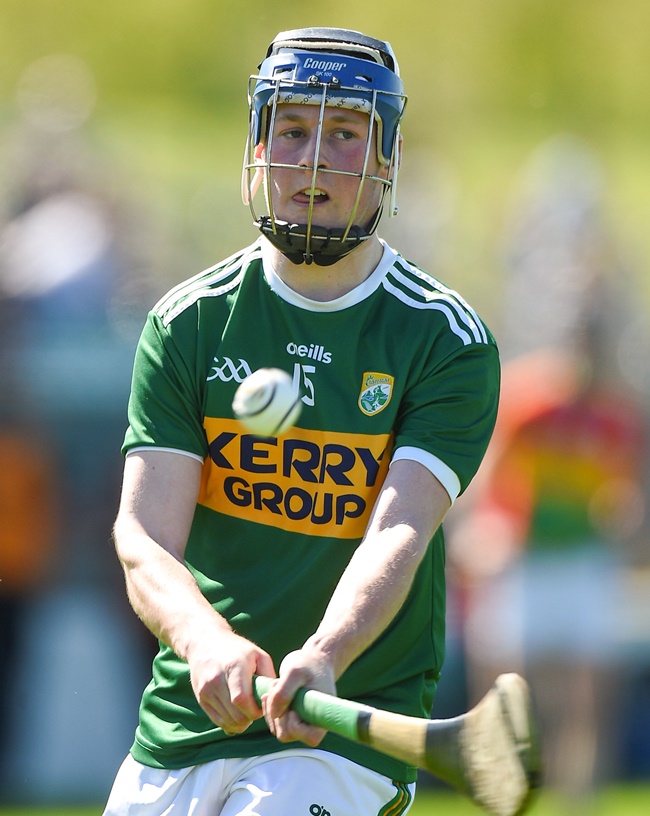 "They got a bus up from Lixnaw, around 30 of them... It takes about three hours so, in fairness to them, they were up early and they got here for the game. It's nice that they all made it up, it makes it that bit more special that all them are coming to support you, they'll have a long trip home but at least we won, it'll be a bit sweeter for them anyway," he said.

As for the game itself, Conway and UCC were delighted with how it went. From Tipperary, Cork, Kerry, Waterford and Kilkenny, they all clicked and what unfurled was an untouchable display of hurling. 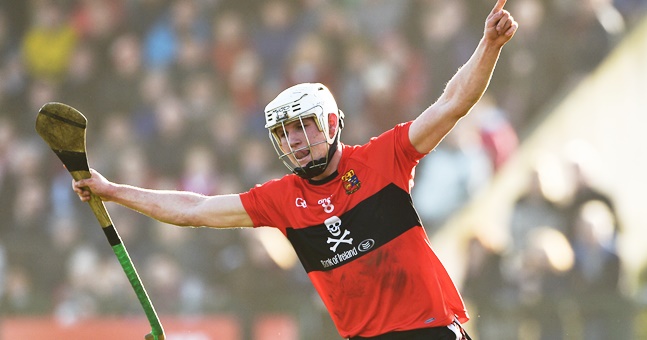 Kehoe and Browne inspired as UCC do it again

UCC 2-21 Mary I 0-13 Mark Kehoe had one of those days. The Klsheelan Kilcash youngster was unmark...

"We knew we had a good team. We had a serious semi-final against DCU and that kind of got us ready for this. We had the heart and we had the determination and a few of the Cork boys were saying do you know, everybody was giving out about them that they might be bottlers for missing out on an All-Ireland but it just shows that they're a great bit of stuff and thankfully we pulled through today."

"Fintan O'Connor (the Kerry manager) was very nice to me - he just said, 'focus on the Fitzgibbon!' he knows it's a serious competition and it's not as if anyone takes it lightly - everyone, all the county boys - all the managers in the finish kind of left us at it because they know how serious it's taken..."

As for Kerry hurling, he's delighted to play a part in its rise.

They've a gem in their house in Shane Conway.


popular
The SportsJOE 12 o'clock quiz | Day 189
QUIZ: Can you name the first signings of these famous managers?
"My job at Sky is not to be a cheerleader for Rory McIlroy" - Paul McGinley
QUIZ: Guess the footballer from their Wikipedia page #11
Conor McGregor shares DMs from Dana White to justify boxing comeback
QUIZ: Can you guess the football shirt sponsors of these classic 90s kits?
QUIZ: Can you name every top European football club that begins with 'L'?
You may also like
1 year ago
Kehoe and Browne inspired as UCC do it again
1 year ago
Mark Kehoe skins five defenders for goal of a lifetime in the Electric Ireland Fitzgibbon Cup final
1 year ago
LIVE: Watch the Fitzgibbon Cup final between Mary I and UCC right here
1 year ago
Gillane turns on the style as Mary I power into another Fitzgibbon final
1 year ago
Browne knows UCC got away with it, Conway doing it for Kerry and for Lixnaw
1 year ago
Whole of DCU crying foul after seemingly harsh penalty call knocks them out
Next Page