At 6 foot 2 and the guts of 14 stone of muscle, Sean Cavanagh knows the craic.

The Tyrone legend has been ploughing through 16 seasons now being trained as an inter-county footballer and it shows.

He's a man mountain, he's a specimen and he's not just filled with brute strength, he can shift too. Back when Tyrone were using GPS tracking systems, the Moy man registered 9.7 metres per second in some of his bursts.

But they've moved away from that a little now. Like most teams, Tyrone were probably guilty of getting caught up in data and numbers. Now, however, even their conditioning coach Peter Donnelly makes sure that what they do in the gym is solely to maximise what they do on the pitch.

"The most recent attitude from the players at the top end is that the gym is a mechanism not necessarily to make you stronger but to prevent injuries," Sean Cavanagh spoke during a fascinating interview on SportsJOE's GAA Hour.

"It's not all about lifting 200kgs on the squat rack or 150 on the bench press - that was maybe three or four years ago. It really has evolved into body weight exercises and working with physios and whatnot to make sure you're on the field of play and firing on all cylinders.

"Gym work has come on an awful lot. You're not leaving the gym necessarily destroyed the way you would've been in the past. It's tailored towards getting match fit."

Since 2002, he's seen some change to life in the Tyrone camp. 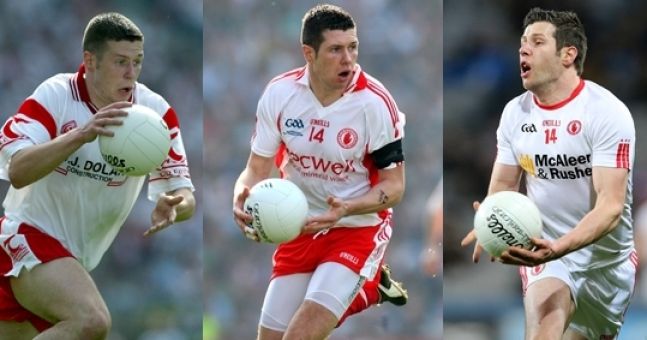 So much change that some lads just went too far to the other extreme.

"The sad thing I've seen in the last few years is that you do see some guys who have gotten carried away with the gym work," Cavanagh said.

"As crazy as it sounds, guys can get addicted to the gym. I've seen guys who are in it the mornings of matches, the mornings of training, and you're asking yourself 'why'.

"I think in Tyrone we're probably not too bad in that most guys would be 80 per cent focused on the football and 20 per cent gym. It really is trying to sort out the priorities.

"You're not going to kick the ball over the bar by bench-pressing 200kgs.

"You really do need to understand what the important things are for your position and, look, it will be more important for some players. Some of the hard, hard defenders that we have are probably better in the gym than some of the silky forwards. It's about taking that individual approach and working out what you need to improve your own game.

"But that size 5 round ball... Mickey Harte's always been a great advocate of it and most of our exercises - even in the gym nowadays - would involve the football."

Listen to his full gym thoughts (from 32:10) below. Subscribe here on iTunes.


popular
"I couldn’t speak, but Rhys could see that something serious was going on"
"Twas often I felt like firing a boot at him' - Micko's words of consolation didn't go down well in Cork
Springbok star Eben Etzebeth's lockdown workout would break most of us
Endearing Keith Earls story proves he will never forget his roots
Eric Cantona confirms famous Roy Keane story about him
Why Jude Bellingham wears the No. 22 jersey
Cabrera and Woods miss their Champions Dinner as biggest week in golf kicks off
You may also like
1 week ago
"People would say 'you put in a fierce sacrifice,' but it never felt like that"
2 weeks ago
"It kind of adds to the ammunition for the people you're playing against."
2 weeks ago
The story of the GAA's greatest ever minor
4 weeks ago
"My full forward days were running out but I just wanted to keep playing for Cavan"
4 weeks ago
"I got woeful abuse on Twitter after the All-Ireland final that year" - game-changer still going his own way
1 month ago
"It's all those hours in the garden that develops your skills" - Making of the best finisher in ladies football
Next Page