Paddy Purcell's dad Michael is a Tipperary man with no divided loyalties this weekend.

And there's no two ways about it.

And while there's a lively link between the bordering counties anyway, the Laois captain has a stronger Premier County connection than most.

First of all his dad Michael is a Moycarkey Borris man born and bred. 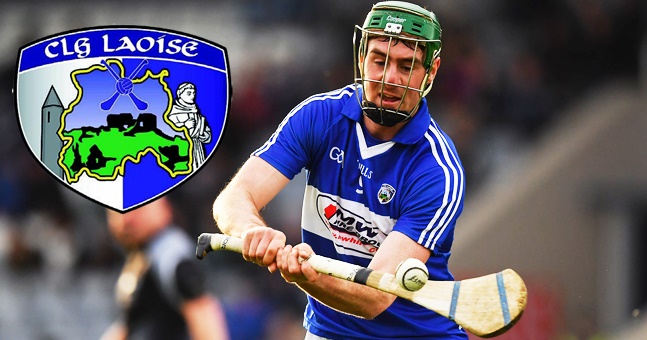 "He could just as handy be playing for the Laois footballers"

Rathdowney-Erril is no football stronghold but Paddy Purcell is a different breed. One of the mos...

Purcell senior grew up playing for the mid Tippeary club located just outside of Thurles but he was soon taken to Rathdowney Erril where he set up home across the Laois border.

The Tipperary association remains strong though. With the amalgamation club only a couple of miles away from Tipp, Paddy went to secondary school in Our Lady's Templemore where he would play a key part on Harty Cup teams alongside many of the current Tipperary players.

After passing through Our Lady's, it was onto UCD where he played under Premier legend Nicky English in the Fitzgibbon Cup.

An Ag Science degree in Belfield took him to full-time work in Nenagh in North Tipp where he works with the Arrabawn Co-Op.

"I work up in Tipperary, in Arrabawn in Nenagh so there’s going to be some slagging all week there," he said to us.

"I used to work with Alan Flynn, I know a few of them, the Tipp lads, My sister is married to Cathal Barrett’s brother as well so I’d have a few close relations up there as well!"

END_OF_DOCUMENT_TOKEN_TO_BE_REPLACED

And though Purcell is a strong Tipperary name, it's the Laois way now and come 4.00 on Sunday, the blue and gold connection will be well and truly forgotten about as this grudge game takes flight.

Tipp are heavy favourites going into the game but Laois pulled off a shock last weekend and they'll be looking for similar heroics again.

"It’s unreal. There’s six teams left in the country and Laois are one of them. But look we’re under no illusions, Tipp are an exceptional outfit. Like we never played in Croke Park up to last week and now we’re back again. We’ve nothing to lose, we’ll get back at it  with the recovery, work hard and see where it takes us."

The game throws in at 4.00 on Sunday as the second part of the triple header that inlcudes Kilkenny and Galway's minor clash as well as the other senior quarter final between the Cats and the Rebels.

With Laois and Tipp both blue, it's the Premier who will wear their changed strip this weekend.

Brian Hogan will be giving up his goalkeepers jersey on Sunday as Tipperary's outfield players will be wearing grey in their All Ireland quarter final v Laois who will be changing to white with blue trim.
Tipp goalies jersey for the day will be the sky blue training shirt. pic.twitter.com/GCpyx3qMAS


popular
The SportsJOE 12 o'clock quiz | Day 75
SportsJOE 2000s Football Quiz | Round 4
SportsJOE 2000s Football Quiz | Round 3
The SportsJOE 12 o'clock quiz | Day 74
The SportsJOE 12 o'clock quiz | Day 73
How Jacob Stockdale took the power away from online trolls
Justin Gaethje tells Conor McGregor to wait his turn
You may also like
6 days ago
"I knew I didn't have the pace or strength, it was just get it and try kick it left or right"
2 weeks ago
"You had no other choice but to get down and dirty with these boys"
1 month ago
"It never crosses my mind that I lifted it on the pitch rather than on the stand"
1 month ago
GAA Hour | Tipperary v Galway 2001 All-Ireland hurling final
2 months ago
We give you the All-Ireland hurling final, you tell us the man-of-the-match
2 months ago
Even injury couldn't hold Richie Power's genius back
Next Page