Rory O'Connor: No one even asked us or surveyed us, they just changed it

Rory O'Connor's rise in hurling has been rapid.

The St. Martin's forward made his Wexford debut in the 2017 All-Ireland championship and started to embed himself within the yellowbellies setup over the last two seasons.

O'Connor has been a fast riser but he does feel aggrieved at the U21 grade in hurling being moved to U20 next year which means that players born in 1998 will miss out on the level this year.

O'Connor said it was disappointing that players didn't have more of a say in the process.

"We've never even been asked or surveyed to ask what's your opinion on the whole thing - they just change it on you.

"I just heard it, in Congress that it was passed. What can you do? Players don't have a voice in any of those decisions or not in a year anyway. Hopefully, it will come back."

The second-year business student at DCU has also enjoyed the Fitzgibbon experience at the Dublin university but he fears that that competition could too be tinkered with as the GAA try to juggle fixture congestion.

"My only fear is that the next thing they'll do is take Fitzgibbon [Cup].

"I've hopefully three or four years left with Fitz. Hopefully, they don't touch that. It's a special tournament. Playing with lads, you are actually having the craic.

"Not really training just going to a different college and hurling with lads you might never play with again. Lads in the same boat, doing the same travel just with a different county team."

As for Wexford, Davy Fitzgerald's side fell short in last year's Leinster Senior Hurling championship but O'Connor feels that the loss of Joe Canning for defending champions Galway could level the playing field for the competition's contenders.

"I suppose it does," he noted.

"With frees anyway. Anything inside the maybe the 70 is over the bar. it definitely does, he's at the peak of his career I suppose carrying Galway. He's a class hurler, I would have looked up to him when I was younger.

"Unfortunately, he's out injured now so it's not going to just give hope to Wexford, you have Kilkenny and Dublin licking their lips so it's whoever wants it the most now. It's going to be interesting, I'd say there's not going to be much between the teams in Leinster just like in Munster." 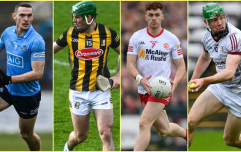 END_OF_DOCUMENT_TOKEN_TO_BE_REPLACED

Rory O'Connor of Wexford in attendance at the official launch of Physio Led Personal Training at Sports Physio Ireland. Physio Led Personal Training is designed to improve your overall level of well being, helping you to achieve your fitness goals all the while catering for any lingering injuries you may have. SPI want people to come, enjoy their time and achieve their individual goals.


popular
Andy Farrell goes for Munster veterans as Ireland team to face New Zealand named
The four stone-cold certainties for All-Stars even as early as this
Eamon McGee just couldn't help himself with Armagh-melee tweet
"The economy was one of the big reasons" - Cadogan's move from an electrician to personal training
"He's actually smiling putting the ball over the bar. He should nearly be fainting." - Ryall on Limerick's legacy
Kylian Mbappe reportedly wants PSG to sell Neymar
Gavin Coombes one of four Irish players to push themselves into Test picture
You may also like
4 months ago
Slaughtneil and Sarsfields are being dragged the whole way across the country after late venue change
4 months ago
Festy Ebosele stakes claim for Ireland squad with stunning Derby performance
4 months ago
If last week was anything to go by, you don't want to miss the televised GAA games this weekend
6 months ago
Naas have more lives than a cat with a four leaf clover called Lucky
8 months ago
Davy Fitzgerald admits he believed the Galway job was his
9 months ago
"It means everything to get over the line" - Rapparees finally end 43-year wait for senior hurling championship title
Next Page