"Jesus they never shut up, do they?" - What it was like training under Rory Gallagher and Jim McGuinness

"They were at times, like two prized scholars bouncing ideas off one another."

There has been a lot of talk about Rory Gallagher's surprising success with Derry, but those who have worked under him before are not surprised in the slightest.

The Fermanagh native has been coaching at the very top for over a decade and the first glimpse we got of him in action was when he was paired with Jim McGuinness as they took the reins at Donegal in 2011.

Rory Kavanagh was colossal for this Donegal side, after transforming himself from an energetic attacking player to a midfield powerhouse under the duo, and helped them on their journey to become provincial and All-Ireland champions. 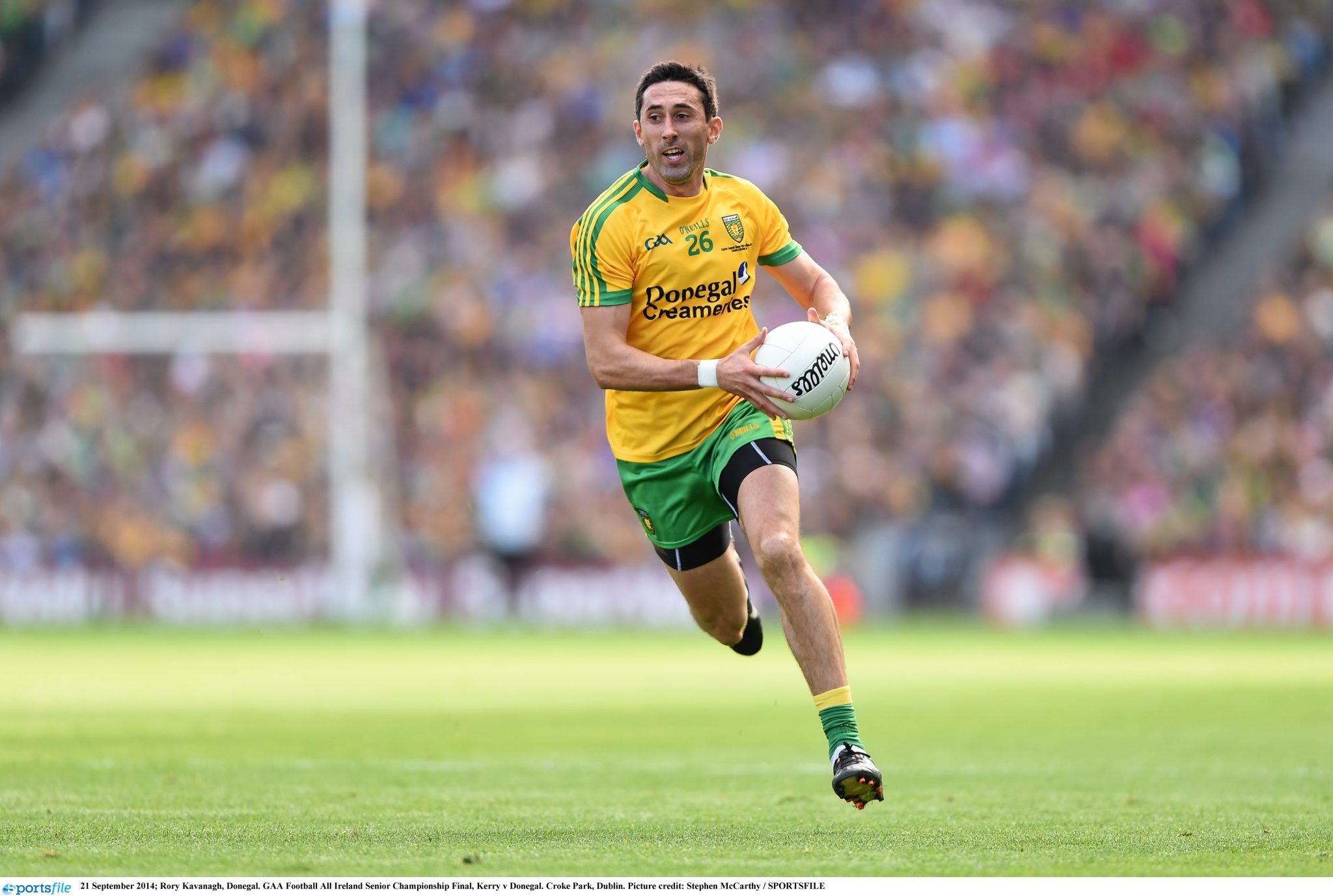 In his book Winning Kavanagh recalls the year 2011, the first under Jim and Rory's tenure, and it certainly gives you a window into what it was like working under two men as passionate as them.

"The one thing we could not make head nor tails of, however, was how Jim McGuinness and Rory Gallagher got together. Myself and big Neil (McGee) could not work it out.

"Michael Murphy was just as clueless. Colm McFadden, Jim's own brother in law, was no help. How did the two of them hook up? 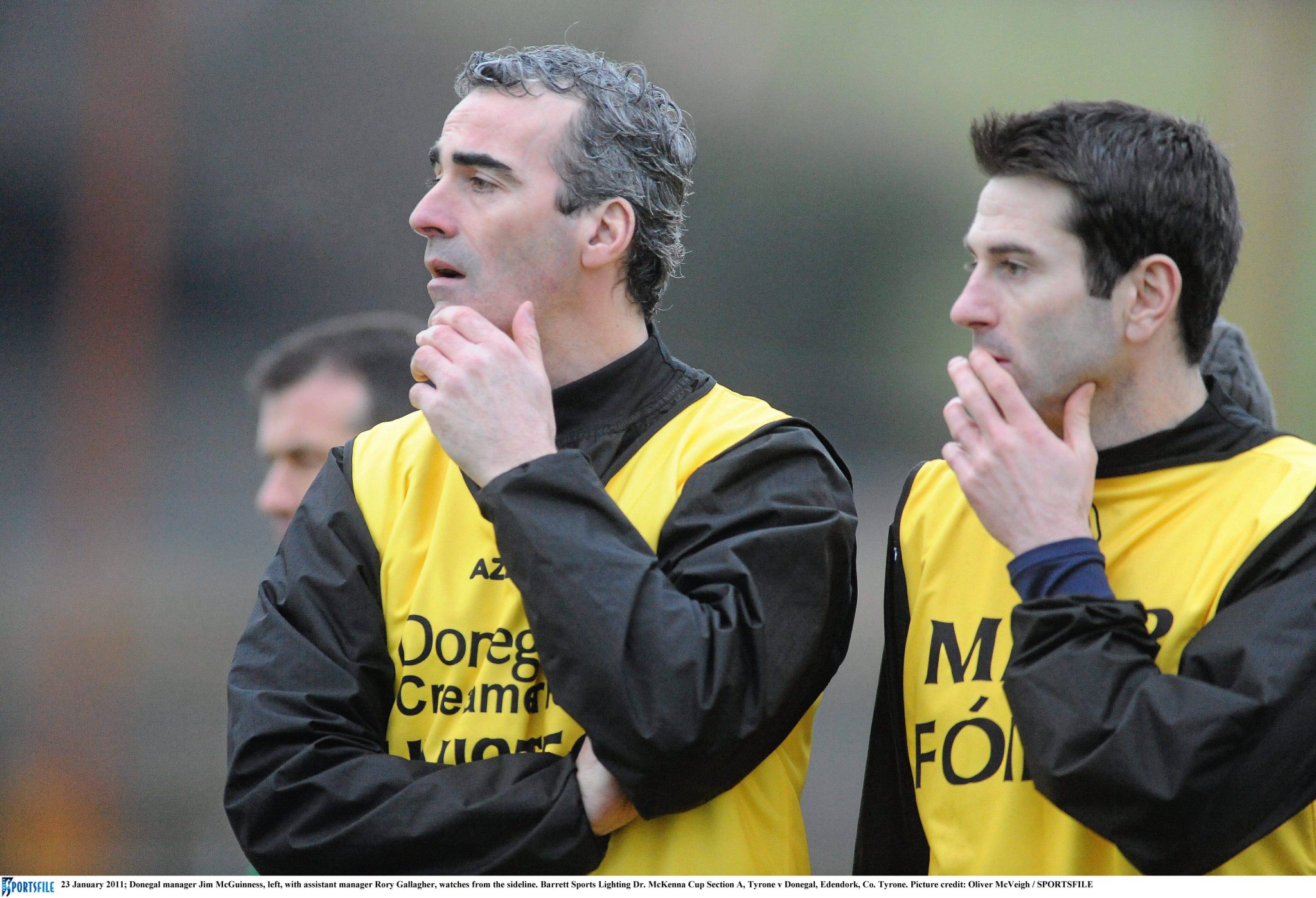 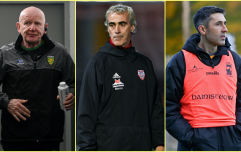 END_OF_DOCUMENT_TOKEN_TO_BE_REPLACED

"Gallagher was living and working in Killybegs and had trained the local GAA club Fintra a couple of times. Martin McHugh had heard positive stories of his approach and recommended him to McGuinness.

"I think it was just a quick phone call. Peter McGinley from Killybegs had worked under McGuinness on the Under-21s but he had to suddenly pull out of the backroom team because of work commitments.

"From what I'm told, they met in Letterkenny one night over that cold Christmas in 2010. they arranged to meet for an hour and ended up chatting football half the night. Rory Gallagher was just as quickly McGuinness No.2.

"They were at times, like two prized scholars bouncing ideas off one another. They'd start... Jim going on about defensive shape, and Rory jumping in with counter attacking options, over and back, Jim, Rory, Jim, Rory... they were unstoppable. 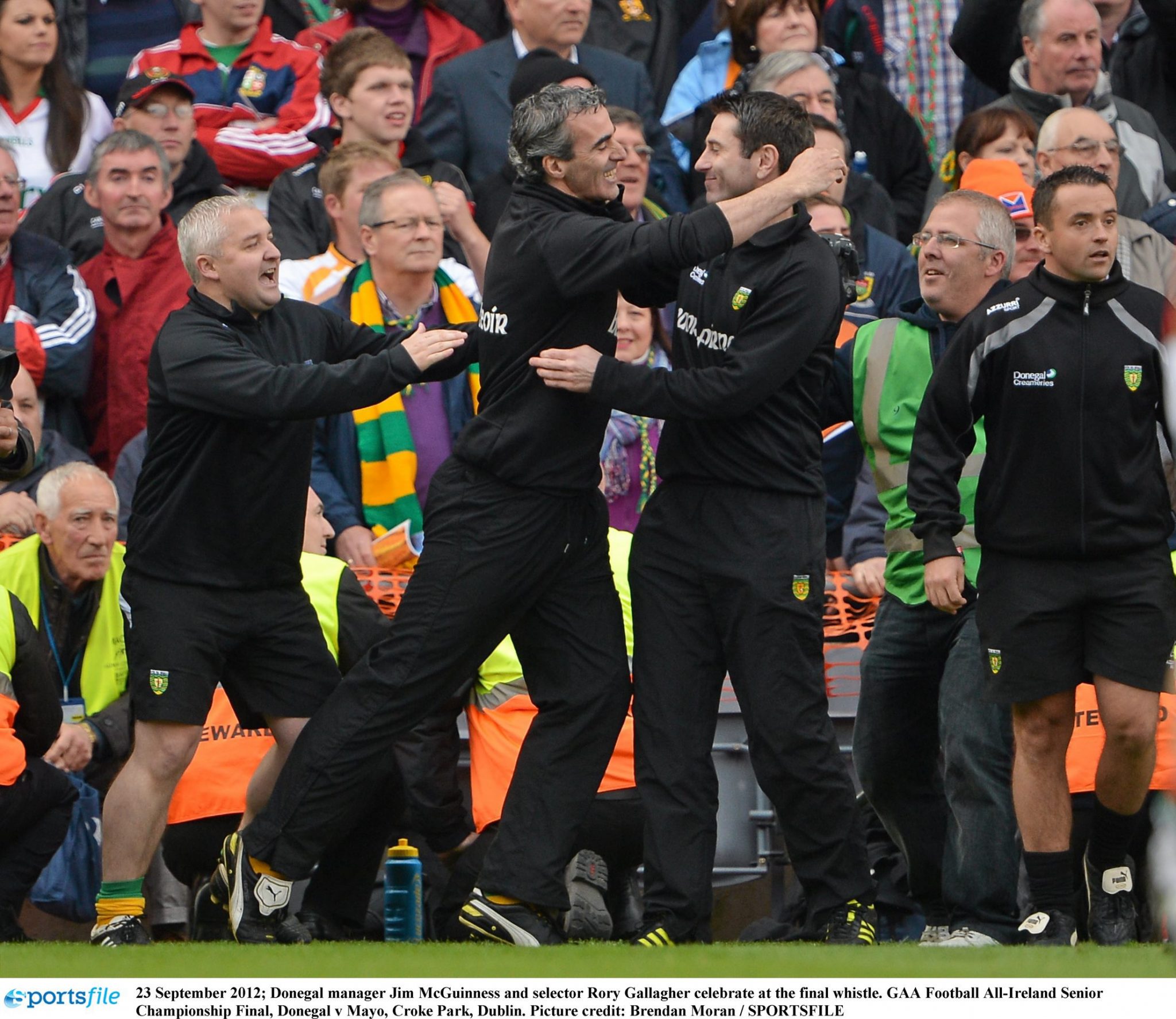 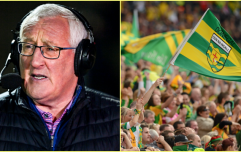 END_OF_DOCUMENT_TOKEN_TO_BE_REPLACED

"They could not stop talking at times like that. Huddles on the field could become a nightmare for us. They'd talk for far too long. We might be a half an hour or 45 minutes into our session, and they'd start.

"We'd be all grouped tightly around them, listening, and then getting cold, and fed up, and wishing they'd shut up. But they were always brilliant.

"I loved watching Ryan Bradley during the huddles. He would be rolling his eyes to the heavens and giving out no end after it had stopped. 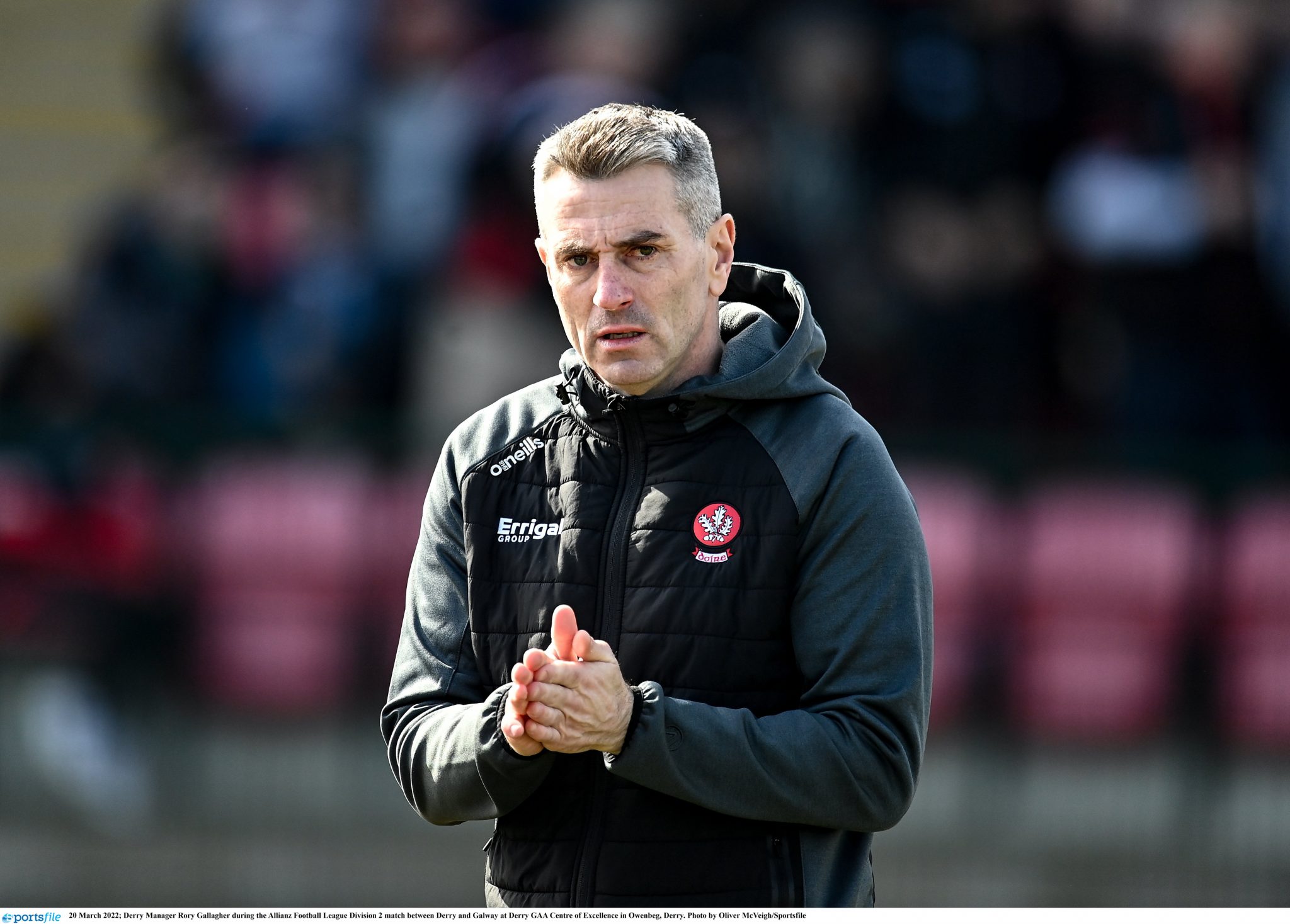 "And off he would run shaking his head and trying to loosen himself up again."

Judging by his passionate outbursts on the sidelines for Derry, something tells me that Gallagher's approach hasn't changed too much in that sense.


popular
"He can add something to our attacking line up" - Jamie Clarke signs for Northern Irish soccer club
Antonio Conte 'banishes' four Tottenham players from first-team
Ranking the best county GAA songs of all-time (32-1)
Barcelona allowed to register four new signings, but Jules Kounde misses out
"I’ve never heard someone say something as stupid” - Katie Taylor blasts Jake Paul's rematch comments
Roy Keane makes three surprise picks in Man United's greatest Premier League team
"It was unfair on the Galway backs” - Tomás Ó Sé admits that Kerry benefitted from unfair rule
You may also like
3 weeks ago
"In rugby Union this is a straight red card" - Evan Talty criticises 'outdated' rule in ladies football
3 weeks ago
Emma Duggan's phenomenal second half display drags Meath into All-Ireland final
4 weeks ago
Everything you need to know about Saturday's senior All-Ireland ladies semi-finals
4 weeks ago
"The first stone piled on really sharpish" - Rory Kavanagh's diet under Jim McGuinness was insane
1 month ago
Rory Gallagher - "I don't believe for one minute that this is bonus territory"
2 months ago
Oisin McConville believes that Armagh need to "impose their own game" against Donegal
Next Page