"These boys are speed machines... You have to try and stop them."

Gaelic football may often look as if it has evolved into a ball-hogging, 45-jamming stasis but a few counties are asking some special talents to be game-breakers, and we are in a better place for it.

This year's championship will not be remembered as a classic, such is the all-encompassing dominance of Dublin and possession based game-plans, but several players brought us back to the beauty of the damage pace, bravery and directness can do.

Colm Parkinson was recently joined by Galway forward Damien Comer and Monaghan goalkeeper Rory Beggan on The GAA Hour and (from 1:20:00 below) they spoke about the one position that is having the biggest impact on the game right now. 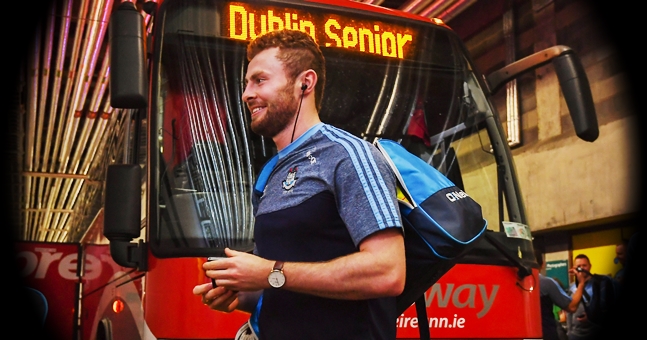 While both Comer and Beggan were effusive in their praise of Dublin goalkeeper Stephen Cluxton, and the way he has revolutionised the game, they agreed that half backs are now the game-breakers.

Parkinson noted how much damage someone like Monaghan's Karl O'Connell does by timing his runs, bombing forward and getting scores for his team. Even if O'Connell does not apply the finishing touches, teammates now loop around him and create overlaps that can leave defenders with a tough choice.

Asked if the loop has become a more effective weapon this season, Beggan said:

"I think it is, now, because you can't... the likes of Karl O'Connell and Jack McCaffrey, these boys are speed machines. If you take your eye off them for one second, they are straight through on goal. You have to try and stop them.

"And, often, when they get up [close] they'll palm the ball off and the forward is thinking, 'Right, these boys will get through and if they can't get through, I'll be that man coming on the loop'.

"The defender is in a Catch 22, saying 'What'll I do here?' With top quality forwards like Conor McManus and Dean Rock, if they get it the ball is straight over the bar. Every team needs that very best half back in their team and I think that is where you are breaking lines and getting in through those defensive systems. That is where the top quality forwards comes in."

As if on cue, Galway forward Damien Comer chimed in with his take on how devastating and effective a pacy half back can be.

"It leaves the defender in a dilemma," he began.

"Because if you have Karl O'Connell coming and bearing down on goal, and you are marking Conor McManus tight, you have a decision - whether to stand off and go with Karl O'Connell, so he doesn't go through on goal, or be right up tight with McManus.

"That is probably where you get the yard because the defender has to cut out the goal chance. And then it's a little pop pass to Conor and he's got a yard or two because of his man stepping off. That's where the efficiency lies."

With the GAA becoming increasingly concerned with statistics on kick-outs, possession, line breaks and turnovers, you would be forgiven for thinking the game was heading towards the trench warfare that so often defines modern, high stakes.

What a joy, then, it is to have the likes of McCaffrey, O'Connell, Peter Harte, Ryan McHugh and their ilk out there showing there are signs of life, and attacking verve, in this sport.

popular
Conor McGregor bought out of Proper 12 whiskey company
The SportsJOE 12 o'clock quiz | Day 312
QUIZ: How well do you remember the 2010 World Cup?
Longford leaving cert schools Europe's finest with measured masterclass
"No one comes into racing for money – it is a hard way to make a living" - Elliott releases heartfelt statement
Ugo Monye's Lions XV features two Ireland players and Welsh captain
When Phil Healy starred in the best comeback of all time featuring the greatest commentary ever
You may also like
6 days ago
Night to remember for Mackin at TG4 Ladies football All-Stars
1 week ago
"People that get All-Stars aren't just a cog in the wheel. These are the special, outstanding players"
1 week ago
"It's just a really hard thing to step away from" - camaraderie keeps pulling Davey back in
1 week ago
De Búrca keeping positive as Fenton and Hegarty are the top dogs
2 weeks ago
Cavan make history as Dubs dominate the 2020 Football All-Stars XV
2 weeks ago
"If we moved we were dropped" - Good memories come flooding back for Ryan
Next Page