"It was my real purpose during lockdown"

As the confines of the first lock-down closed in, Ciaran Kilkenny became a shining light for GAA kids the length and breadth.

Starting off in March with a skills demo from his back garden, the Castleknock club man powered on until May, coaching over 45 different skills across hurling and football in the mean-time.

Not only did he coach, he involved, encouraged and rewarded those who took on the challenges and by the end of it, he had hundreds of youngsters up and at it, many of them discovering a new-found grá for our games.

It took a fair amount of time, patience and humility from Kilkenny, who made a habit out of watching videos and offering advice until the late hours of the day, but his sacrifices were hugely appreciated by the GAA playing population.

"It was my real purpose during lockdown and it kept me going," the Spar ambassador says at the launch of their Better Choices campaign, "and all them kids, it inspired me to see them sending back videos of their skill every day.

"I really enjoyed it now. It really brought myself and my Mam together because she was chief videographer and took part in a few skills as well. I got loads of friends involved as well and it was amazing to see all the boys and girls do all the skills.

"I remember at one stage I was looking at my screen-time on my phone and it as something around nine or ten hours, there was that much activity going on!

Coaching points
Jab lift the ball on the run body commited over the ball 2 hands on the hurley
Shorten grip when striking ball off the wall
On your toes & in ready position anticipating the break of the ball
Then move towards wall & hand pass ball off the wall
Solo to start👌 pic.twitter.com/Y0L0xumtrU

"I could have been there in bed at night time, literally day by day, I’d be going to bed that night and I’d be thinking ‘what skill am I going to do next?’ It really challenged my mind and my creativity to think of different drills, but I was fortunate that a couple of friends and school teachers and coaches helped me along the way. For me, it was just great to see young boys and girls used it as a great opportunity to develop and improve their skills, but also be innovative - I asked them to create their own skills then as well. So that fun element of going out and having fun, doing the skills, and you could see the development of their skills over weeks, which was the inspiring thing!"

One of the highlights of the nine-week spell was the chance to see Kilkenny, the renowned footballer, pick up the hurl once more to show off the skills that made him one of the highest rated young hurlers in Dublin back in his minor days. 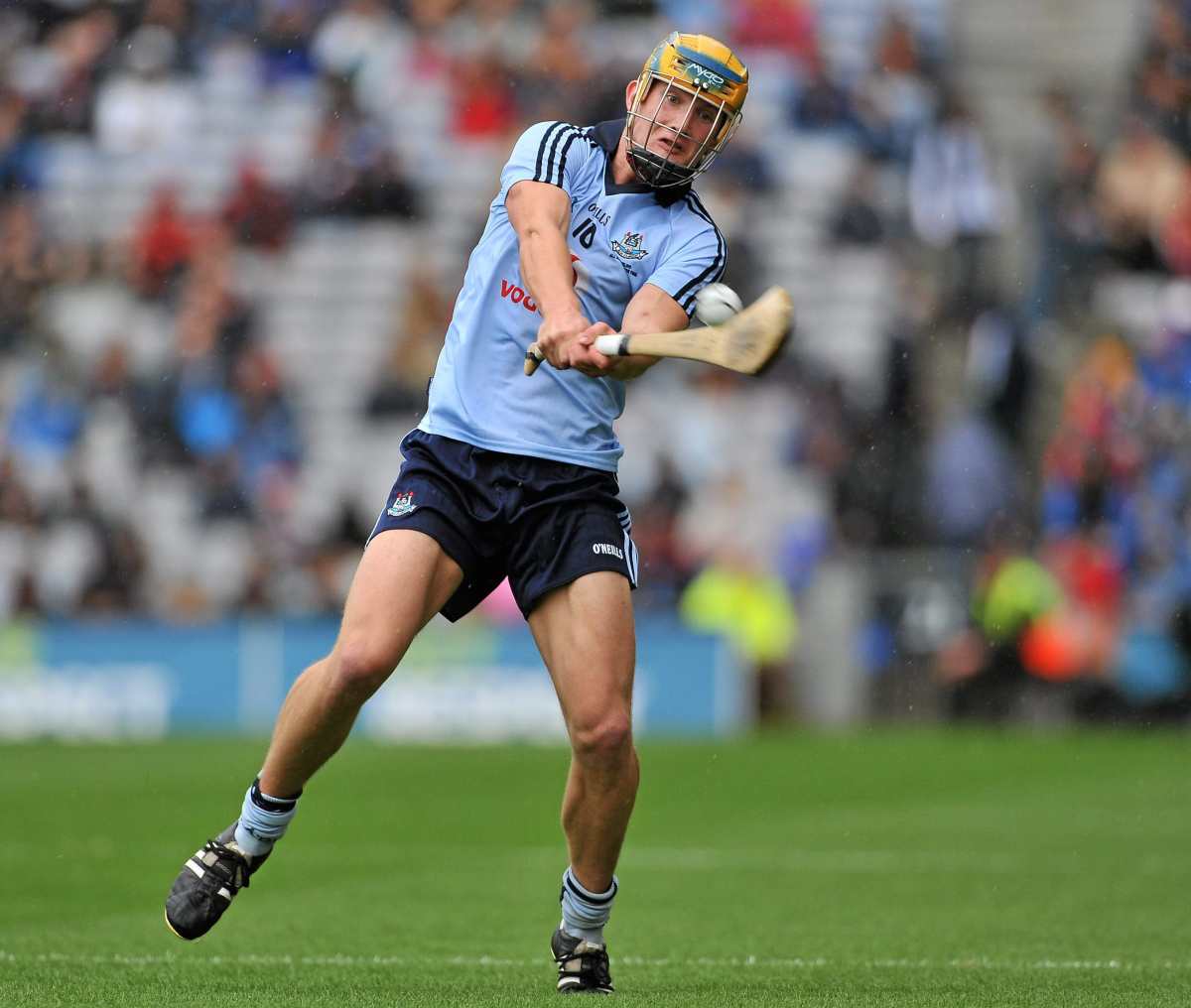 Since, he's specialised in the big ball but he wouldn't rule out a club season with Castleknock in the coming years.

"I really enjoyed actually going up and pucking the ball off the wall, doing the skills again brought me back to when I was younger. Me and my friends used to always go on our bikes, we’d have our hurls and sliotars with us, and we’d go to the Phoenix Park and puck a ball around. We’d go down to Porterstown, our local pitch, pucking balls and sliotars all day, catching balls in the air and firing balls at each other - so it brought me back to my childhood a lot, so I really enjoyed that time. Hopefully next year I might get the opportunity to play a bit of hurling with the club as well, that would be great to do that..."

For now, all eyes are on the Championship but Kilkenny insists he doesn't over-think it, with his job as a primary school teacher occupying his mind by day.

"I'm very fortunate that I'm working at the moment and I'm teaching at the moment. So I'm very fortunate to be in there. You're waking up in the morning at 7, 7.30, you're having your breakfast and then you're going to school. An hour before school you're getting prepared for school. Kids come in and we have the fun with the kids until 3 o'clock. After that you have a bit of preparation, you're coming home at 4 o'clock, 5 o'clock so I'm pretty busy outside of football as well..."

And while some of the pre-game arrangements may be different this time around, his in-game focus remains the same. 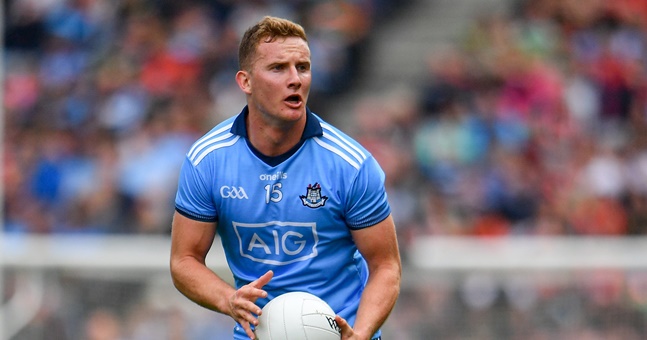 “Logistically it’s challenging for all teams. I suppose it’s like any normal game in the sense that everyone has their own routine leading into the games, whether it’s three or two hours before a game, some lads like listening to music; some lads like watching sports … everyone has their own routine, and the most important thing is that as soon as you arrive in the ground, you’re an hour before the game, that’s when the buzz and things intensify and you start getting into the zone then."

For this enthusiastic Gael, that buzz is building. 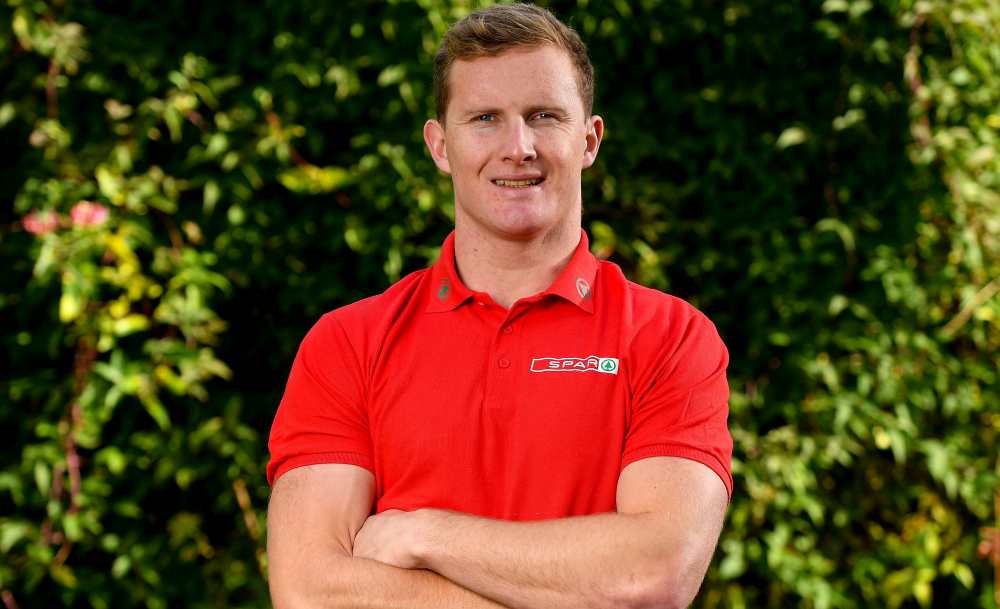 Pictured is Ciarán Kilkenny who has been announced as an ambassador for a new SPAR Better Choices campaign which is part of SPAR’s continued efforts to help keep families fit and healthy. As part of the campaign Ciarán will set a fun challenge for children to undertake with their family members throughout the month of November. The winning child will receive a training session with Ciarán for their class while the runners-up will receive sporting goods vouchers courtesy of SPAR. For more information, visit www.SPAR.ie. Photo by Seb Daly/Sportsfile

You may also like
1 week ago
"I don't feel we have the hurlers for this short-game, or ever did" - Ryan says Dublin best served going back to basics
3 weeks ago
Keaney leaves a powerful legacy that Dublin hurling will forever be indebted to
1 month ago
Spare Dublin the virtue-signalling outrage, but wider GAA community will suffer for this one
2 months ago
"The GAA need to be more aggressive. They need to pull some of this back"
2 months ago
Night to remember for Mackin at TG4 Ladies football All-Stars
2 months ago
"Hang on lads, there is more to life outside of Dublin" - Connellan is a rebel with a cause
Next Page