Rathnew dethroned in Wicklow after late drama at Aughrim

In contrast to Monaghan, for example, who's championship dreams didn't come a cropper until August - but who still managed to get their county championship complete a couple of weeks before Wicklow did.

END_OF_DOCUMENT_TOKEN_TO_BE_REPLACED

We're almost into November now and the Wicklow senior football championship was finally decided on Saturday afternoon - it gets better - this is less than a day before winners St Pat's will take on Offaly county champions Rhode in the first round of the Leinster championship on Sunday.

The Wicklow county board will say that all of this would have been avoided only for the unforeseen draw when Rathnew and St Patrick's met a fortnight ago in the first county final, but a draw match is hardly that unforeseen. They could have covered their backs by playing extra-time that day anyway.

Wicklow county board are behind the eight ball now but it's their own fault https://t.co/IrSb3Z4hC3

END_OF_DOCUMENT_TOKEN_TO_BE_REPLACED

A mild September Sunday in Aughrim and Joule Park was hopping. The football didn't really live up to expectations for the most of it but you can think again if you think St Patrick's give a damn about that.

After a tight, nervy tussle that only really got going when the clock struck 55, the Wicklow town outfit came from behind to defeat the kingpins and last year's champs to win their first title since 2012. 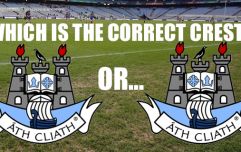 END_OF_DOCUMENT_TOKEN_TO_BE_REPLACED

On a bitter cold and windy day, the football was correspondingly scrappy. Rathnew went into half-time leading by two, 0-5 0-3 the score with their ageless warrior Leighton Glynn scoring two from play and pulling the strings throughout that opening period.

Rathnew picked up from where they left off after the break and when Eddie Doyle kicked a point to put them four up after 41, it looked like they were coasting to a 7th title in the last ten years.

But St Patrick's weren't dead yet.

Stephen Duffy kept nailing his frees and his seventh score from a dead ball in the game left only one point between the sides, 0-8 0-7 the score with five minutes remaining.

Rathnew and St Pat's battled it out over the next few minutes but St Pat's had saved the best until last.

Tommy Kelly kicked a beauty, their first in this game from open play to level it for Pat's on 60 minutes and this got the crowd going and got the momentum on their side. They'd go onto kick two more from open play, Duffy and Kelly doing the honours to fire them to a historic 0-10 0-8 victory.

The Pat's crowd went wild and the players were jubilant, but rather than celebrating their 13th ever county title win late into tonight, they've that Leinster first round against Rhode in the same venue tomorrow.

Instead of pints, sing-songs and chips, there'll be foam rollers, stretching and early nights.

Only in the GAA.


popular
When Roy Keane rinsed Mick McCarthy with the mother of all comebacks on first Ireland trip
You'll be doing well to get 20/20 in this 2000s Gaelic footballers quiz
Jamie Carragher recalls time he deliberately went after Liverpool teammate in training
Peter O'Mahony riled by "petulant s**t" as Munster toasted by Dragons
Grim injury news for Seabelo Senatla after Bundee Aki's red card clear-out
55-year-old County Cork athlete beats Kaka in Berlin marathon to remember
Ireland U21s miss out on European Championships after devastating shootout drama
You may also like
3 months ago
"I was starting to go red, thinking ‘oh my God, why am I not talking?’" - the frightening impact of concussion
1 year ago
Wicklow captain raises the roof with rip-roaring speech from the steps of the Hogan Stand
1 year ago
"If we can do the job on Saturday, then obviously that would be the pinnacle of it all"
3 years ago
12 years a Wicklow star, newborn only drove Fusciardi on
3 years ago
Eight county games taking place and the last club weekend of the year
3 years ago
Despite losing on Sunday, Wicklow champions lifted the pub with GAA's Allez Allez Allez
Next Page