"He put that personality across there, to the whole country, for the good of Dublin football"

Imitation is the sincerest form of flattery.

So says Oscar Wilde. And Jim Gavin was flattered to the last.

In every walk of life, there are begrudgers. No matter who you are, there will be critics.

Yet in his seven years as Dublin manager, Jim Gavin was immune to it all. He was too doing too good of a job to have nay-sayers. Nobody had anything to sting him with.

And so for a bit of craic or otherwise, imitation was the chosen line for the people who needed something to say.

Gavin became renowned for his robotic interviews, and the piss-takers would bang on about 'human-beings' and the 'process.' It was generally light-hearted in fairness, and none of it was a slight on Jim Gavin - but it's hardly a life goal to be known as a boring individual. 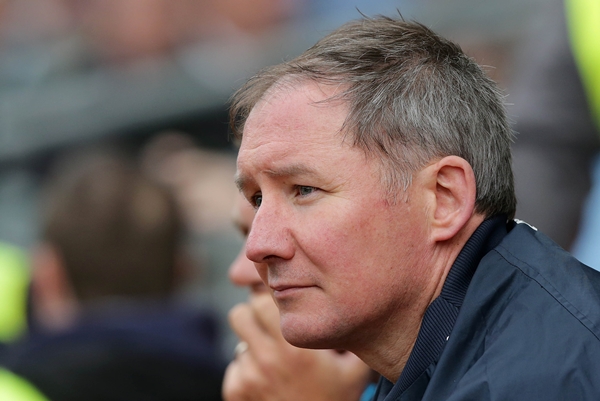 And anyone close to Jim Gavin will tell you he's not. But that was his modus operandi with Dublin - a county renowned for its brash confidence - and look at the success the cool, reserved nature brought him.

You don't have to love him. But you have to respect him and all that he's done and on Monday's GAA Hour Show, Colm Parkinson paid tribute to the great man in the wake of his recent retirement.

END_OF_DOCUMENT_TOKEN_TO_BE_REPLACED

"The county board statement had no quotes from Jim Gavin, I love him for that. There was no retirement template and thanking everybody, he just wants the story to be so far away from him - and that's massively to be respected. After doing what he's done for Dublin, and to slip out with zero fuss - and it'll be managed too so that there are no headlines from him or any of the players. Nobody is adding fuel onto the fact that he's gone..."

"Jim Gavin almost put his personal reputation out there as being a strange sort of a man, for the good of Dublin. Because let's be honest, they won the three in a row and he didn't even smile. Got a lot of criticism for that - the way he conducted himself in interviews would have people thinking he's a strange individual...

That's not the real Jim Gavin though.

"But people who would know him, know he's not like that all. I've met him before, I've friends who played with Round Towers when they were younger and they'd say, 'that's very unlike Jim the way he's acting.' Like he has a more personable, friendly demeanour that comes across, but that's the personality he put across there in front of the whole country - for the good of Dublin football. There's things I don't like about him, but there's an awful lot of things I do like about him - and he's a legend - that's how he will be remembered..."

"He (Jim Gavin) would face out on the field and start saying to Liam Hassett what he wasn't happy about, like he's talking to one of his players."

The lads discuss Eamon Fitzmaurice's piece on Jim Gavin in the examiner.😅

You can watch the Gavin chat and much more from Monday's GAA Hour show here.


popular
The SportsJOE 12 o'clock quiz | Day 144
Portumna prodigy streaks to eight shot Irish Boys win with bogey free round
"No doubt he'll say he played shit like he normally does, but I thought it was a good game."
SportsJOE 2000s Football Quiz | Round 12
There's a very simple reason why PSG have signed Maxim Choupo-Moting
The SportsJOE 12 o'clock quiz | Day 143
Brooks Koepka puts PGA Championship leaders on notice with final round comments
You may also like
6 days ago
Goal disallowed in Dublin SFC because player wasn't wearing his gumshield
3 weeks ago
The former Dublin minor star that led Ireland to Grand Slam glory
1 month ago
No promotion or relegation in Dublin championship in 2020
2 months ago
Seven-time All-Star Goldrick using time off to strengthen and improve
4 months ago
No fear of McCarthy losing a lifetime of fitness
4 months ago
"Sometimes sport can overwhelm you, it was time for him to take a deep breath"
Next Page