Brian Dowling greeted his sons Tadhg and Fionn with glee, having hugged most of his players like they were family.

It reflected the ringer the Kilkenny manager was put through and the fact that when he came out the other side, the result was in his favour. Sore and exhausted he may have been but most important, was that he was ecstatic. 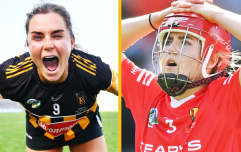 END_OF_DOCUMENT_TOKEN_TO_BE_REPLACED

The Cats tore into a 0-6 to 0-0 lead by the 15th minute but Cork dug deep and galvanised by the brilliant Fiona Keating’s goal 20th minute – their first score – were level by the interval at 0-7 to 1-4.

Miriam Walsh and Denise Gaule and scored two points apiece from play while Katie Nolan was also prominent for the Noresiders but there had been indications that Keating and Katrina Mackey in particular were troubling a defence in which Grace Walsh shone with their coruscating pace.

With Hannah Looney becoming more and more influential around the middle, Matthew Twomey’s crew definitely had the upper hand for much of proceedings in the second half.

The teams were level five times but points from Looney and Amy O’Connor pushed Cork two clear for the first time. It seemed significant.

Enter sub Sophie Dwyer, who slotted to the net in the 58th minute after Amy Lee batted out Niamh Deely’s blocked shot, having been wrong-footed by the bizarrely looping trajectory of the sliotar.

Kilkenny are champions once again 🏆 pic.twitter.com/nxyGGtpqW3

Still Mackey arrowed through the heart of the Kilkenny defence and batted over for a sensational equaliser. We’d all have taken an equaliser then, both Dowling and Twomey but Miriam Walsh was fouled and Denise Gaule arrowed over the winner in the second minute of injury time. The team that haven’t lost a game all year would not be beaten.

END_OF_DOCUMENT_TOKEN_TO_BE_REPLACED

“Just so happy, just so relieved,” said Dowling. “Coming up the home stretch it looked like it was going to a replay but in fairness to these girls, they always find a way somehow. It’s not good for my heart but they got there in the end and we’re so happy to be All-Ireland champions.

“You have to believe, there’s no point in being out there if you don’t believe. I know the character that’s in these girls, we’ve been saying it all year, the girls are sick of me saying that we’re going to get a bit of luck somewhere along the way and we just have to be there to take it. We got it today and we know that. In the past maybe we didn’t but today we got the luck and Cork didn’t and that was the difference in the day.”

The group has been through some terrible setbacks this year. If the initial retirements of generational talents Collette Dormer and Davina Tobin, and Meighan Farrell’s decision to go travelling felt like a blow, it was nothing compared to what was to come. It bonded the group.

“I don't know, we just sort of galvanised some team spirit within the group and just a never-say-die attitude, stay going and stay going. I said it to the girls on Friday night in the team meeting, the amount of things that were thrown at this group this year and here we are, still fighting, still in with a chance of winning an All-Ireland. I'm just so proud of them that they were able to get through all of that.”

Katie Power has known her own adversity, watching the 2020 triumph on crutches after suffering a horrific broken knee cap while running. The road back has not been smooth, even though she played in last year’s championship. But the travails are well worth it now. 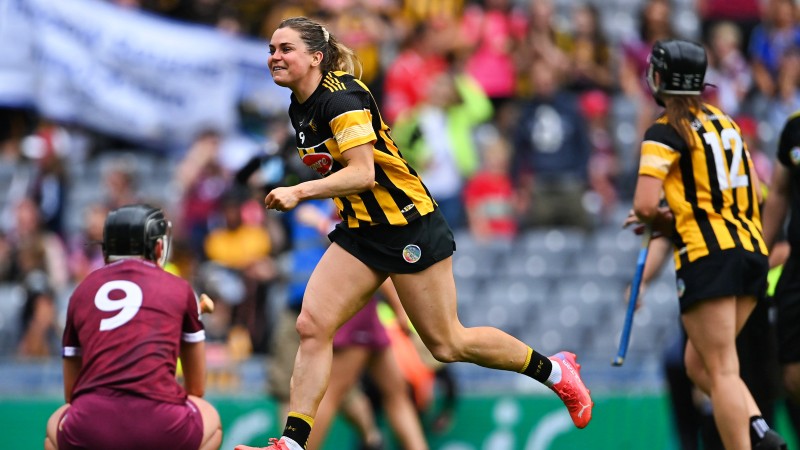 “It doesn’t actually seem real,” said Power. “I can’t put it into words. To miss out on 2020 and the slog and the heartbreak that this team has gone through in the last 12 months with deaths, with injuries and whatever was thrown at us, we just kept coming back. I know it’s a cliché but the spirit in this group, whatever was thrown at us we took it and we just kept coming back. It’s unbelievable. I’m so grateful to be standing here and without my family and my friends that supported through all them tough days, I wouldn’t be here.

“There is times when things aren’t going well and even at points last year, I might train for two weeks and then be so sore I couldn’t train for a month and I was getting injections.

“Come this winter I just put in so much work to get myself as strong as possible and thankfully… I can’t describe it.”

Grace Walsh, meanwhile, was typically defiant in the full back line and after the game, and in light of Dillon Quirke's tragic death in Tipperary, she spoke about the how lucky she felt to be out there, out there living his dream.

"We're just so privileged to be out on this pitch, whether you're winning or losing. We are privileged to be here, and we're living his dream today. That's why, we decided, today was an opportunity, and we weren't going to let it go."

The game was an encapsulation of what they have encountered, having to deal with blow after blow. And having lost one-point finals to Cork in 2017 and 2018, it did cross Power’s mind that the same might happen again.

“It was like previous years but there’s something different with this group. We weren’t even playing well. We’d get level and they’d go straight back up and get ahead. We could have thrown in the towel but a girl that had never played in an All-Ireland final - she played five minutes of championship in a semi-final and comes on and scores the winner, and that’s what the group is about.”

She never had any doubt about Gaule splitting the posts, even though the Windgap legend hasn’t been at her normally reliable best in that department for the last month.

“No! Not a hope. I didn’t have any doubt. What a woman like. She’s been such a servant to Kilkenny. Thirteen years she’s been going and she’s dug us out of games. And she was there today, things weren’t going our way, she was back in the full-back line there the last five minutes hitting balls out.

“That’s what it’s about. It’s not about me or Gaule. It’s about the whole panel and that’s just there to be seen today.”

Twomey had been through the same ringer as Dowling, but his mood was far more sombre. All-Ireland glory in his maiden season as manager had been in his grasp but was snatched away.

“On the 54th minute I looked up at the clock and you are two points up and you are kind of saying, ‘Is this our day?’ and we are still trying to do the right things and then you get a break like that with the goal and it was very hard to claw it back.

Fair play to Kilkenny they are an awesome team when they get into a position like that. We find it very disappointing because I can’t pinpoint the start again, to go 20 minutes without a score again, there’s no logical reason. We thought it was a freak thing with the Waterford game but was so proud of the players, the character they showed to come back and be level at half-time.

“We remained calm at half-time and tried to bring the process into it, the second half was nip and tuck and then to go two points up you should be finishing out the game but that’s it.

“I thought Fiona Keating had one of her best games in a Cork jersey and she was given an awful role to mark Katie Power. Katie had an influence on the start of the game but Fiona was brilliant and our back line wasn’t as electric going forward but we had to be cautious on what Kilkenny offered too we knew they were so dangerous.

“This is the second All-Ireland final we are after losing (in a row); we are getting sick of people telling us we are losing great All-Irelands because it means nothing to us. When you look at the players, I couldn’t be more proud of them.”


popular
"No" - Anxious wait for Jacob Stockdale injury update after latest blow
"It’s basically like a mix between rugby and soccer" - Paul Mescal attempts to explain Gaelic football on American TV show
Players and mentors line up to shake referee's hand as 'Respect the ref' kicks off in Wexford
Peter O'Mahony sparks melee after angry reaction to Zebre goading
Philly McMahon story best captures the kind of club-man St Vincent's legend Brian Mullins was
Former Manchester United teammate admits that he "idolised" Roy Keane
Na Fianna forward goes full 'Mugsy' with great point as Ballyboden crash out of Dublin Championship
You may also like
1 month ago
"She’s a ray of sunshine and she's just a little buzzer going around the place" - Nolan lights it all up for Kilkenny
1 month ago
Kilkenny hoping to regain the bragging rights as old foes meet again
1 month ago
"It’s up to whoever else to take that jersey off you, or you to keep it.” - Murphy taking her chance
2 months ago
"They were all at the funeral and were there when Tommy needed them" - Kilkenny all in it together
3 months ago
Malone shows Kilkenny what they were missing as Costelloe lifts Limerick
4 months ago
Devane saves Tipp as Doyle in the goals for Kilkenny again
Next Page