You'd be forgiven for thinking we were on our way to naming the Clare forward line for their Munster Championship first round clash against Limerick at the end of this month. In reality, these are the key men new manager Brian Lohan must do without, as a string of injuries and steps back from the county panel leave him inconceivably understrength for the Shannonside derby.

"Colm Galvin has shown serious consistency going back to his U21 days, he’s been a phenomenal player and Podge obviously has opted out as well so it’s far from ideal..."

O'Connor's concern will be felt all around the county as Clare aim to restore some respect after their 18 point hammering by their neighbours in the Gaelic Grounds last year.

"Playing Limerick and the poisoned chalice of playing Tipp then after, the draw hasn’t been kind either so there is genuine concern that we’re not as strong as we’d like to be or we’d need to be. We’ve seen at this level that if you’re not where you need to be, you can get tanked. Obviously we didn’t front up against Limerick last year, it’s a local derby so you’d be hopeful that the lads can restore some of the pride that we lost last year and hopefully the lads will give a good account of themselves but certainly, Brian will have a much weaker hand than he would have had at the beginning the year..."

Indeed, the absence of these four key players is a cause for serious concern in a shortened and much less forgiving county championship, and O'Connor is finding it hard to see Clare making too much of an impression as a result.

"Kilkenny, Limerick, Wexford and Tipp - they’re the four semi-finalists from last year and they have settled management teams and settled S and Cs and so on and the game-plan and puck out strategies are embedded. They will have a jump start on the new lads in the way it has unfolded. At the same time, new managers can get a bounce and hopefully there will be element to that in Clare..." 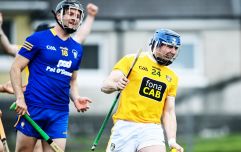 END_OF_DOCUMENT_TOKEN_TO_BE_REPLACED

"I just can’t see us making the latter stages of the championship and that’s unfortunately where we are. Much of that is down to the players we don’t have available this year and that’s out of everyone’s hands," he adds.

The glimmer of hope, according to Jamesie, comes from the presence of marquee players Tony Kelly and Shane O'Donnell, who he's backing to stand up and be counted this year. 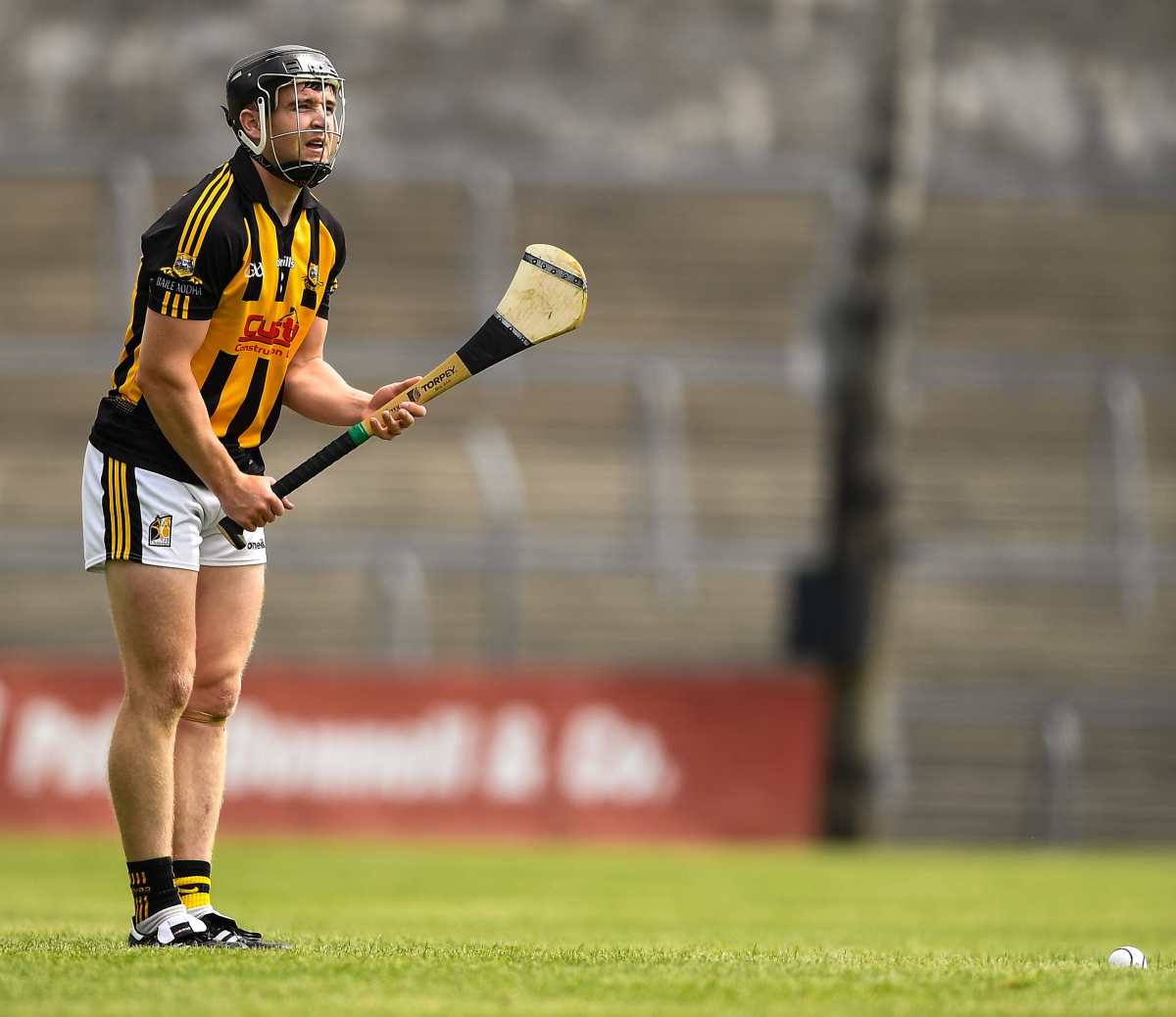 Tony Kelly has been in flying form for Ballyea. Photo by Eóin Noonan/Sportsfile

"Look, it’s up to the other players now like Tony Kelly and Shane O’Donnell to step up and provide leadership and get the best out of themselves and be as good as they can be.

"Tony’s delivered for his club so consistently and if Clare are to be successful this year, Tony Kelly is going to have to play well. But I know Tony Kelly had a lot of work done earlier in the year, he was really intent on stepping up this year and really proving himself. Last year, he’ll say himself that he didn’t hit the heights that he wanted to but he seemed to be working really hard over the winter, into the spring, and he was hurling well for Clare so hopefully now we’ll see the best of him, because we will need to, and the same goes with Shane O’Donnell if Clare are to have a chance against Limerick..."

As for emerging talent on the back of the club championships, Jamesie has high hopes for Scarriff's intermediate championship winning forward Mark Rodgers as well as Cian Galvin from Clarecastle. This year may come a bit soon for the pair however.

"Look it, Mark Rodgers was an outstanding minor a couple of years ago and with Scarriff winning the intermediate this year, he’s going to be who will have great days for Clare in the years to come. Cian Galvin was awesome for St Flannan’s in the Harty Cup this year and he’s another guy they’ve brought into the panel. There are great young players in the county but even just S and C wise, it’s such a massive step up to compete with the physicality and power that your Limericks, Tipps, Galways and Kilkennys will bring. Whether those guys are ready remains to be seen. Without the benefit of a league behind them - you do need time, five or six games to acclimatise with the pace of it all and so on, because it’s like nothing you’d meet in the club or even the college’s scene. It’s a leap of faith to go with these guys do you know, but Rogers in particular, the sooner we see him in a Clare jersey the better because he has a touch of class, he’s a finisher and he’s got that X Factor that doesn’t come around every year. 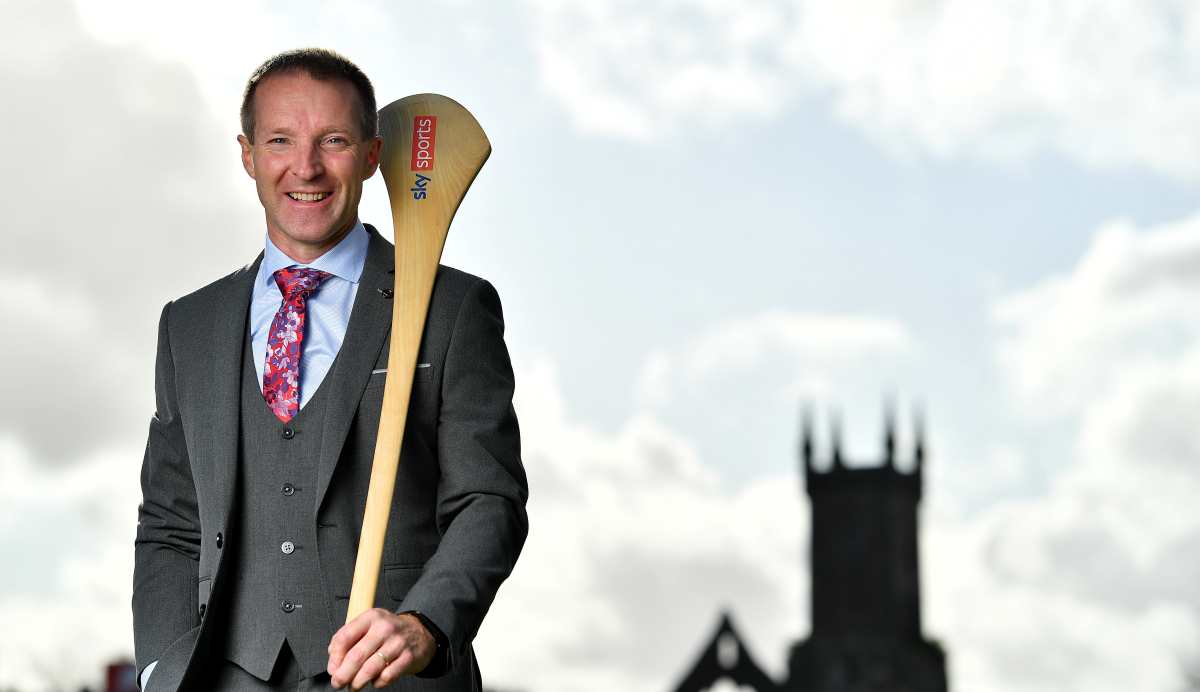 Sky Sports analyst Jamesie O'Connor at the Sky Sports GAA Championship launch at Cusack Park in Ennis, Clare. Sky will open its coverage to more GAA fans by airing ALL of its 14 GAA Championship fixtures live on Sky Sports Mix, a channel more widely available to all Sky customers and on other TV platforms. It means that even those that do not have a Sky Sports subscription will be able to watch the games. Sky Sports Mix is available in approximately 900,000 homes in Ireland on Sky Channel 416 and Virgin Media channel 409.


popular
Six minutes was all Alan Connolly needed to score two goals and set up another
Sensational scenes in Belfast as Antrim edge out Clare in a thriller
'Jesus Christ! How am I going to put up with this lad for nine weeks?!'
Gatland comments give insight as to why CJ Stander missed Lions call
Peter Queally vaults into Bellator title picture with stunning win over Pitbull
"Of the 37, Bundee Aki would be my 37th most expected selection and my worst rated"
The Garry Ringrose narrative around the Lions Tour is complete bull

You may also like
3 weeks ago
From West Clare to the top for multi-talented Considines
3 months ago
"I’d have massive respect for him as a person, but I was very disappointed in that"
5 months ago
Prodigal son comes home to make Waterford contenders again
5 months ago
"I hear an awful lot about the manliness of hurling. Let's kill that straight away"
5 months ago
"I’m gutted it’s over for this year but I can’t wait for next year"
5 months ago
"He almost burned out. He was on the go for two years, people were doubting him"
Next Page