"If you were to play a game at the pace you'd do a 5k, you'd have people passing you out all day long"

You could run all day but if you can't get to the ball first...

Distance running is booming in Ireland like never before but with a GAA season finally in sight, it's time for the players to ditch the road running for the sprinting.

There's a big difference between a 5k run and a 60/70 minute match. Arsenal's S and C coach Barry Solan shared his expertise on Monday's GAA Hour and the Mayo man insists it's time for players to integrate some sprinting into their training programmes. 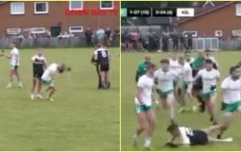 END_OF_DOCUMENT_TOKEN_TO_BE_REPLACED

But if you were to play a club game or an inter-county game at the pace you'd do a 5k," says Solan,  "all you'd have is people passing you out all day long."

"People need to be careful with the emphasis on that because really while people might cover 7 or 8k in a club game - a lot of it is jogging or walking - but it's the five or ten percent of it that's done at high speed that really what makes the difference. So a portion of high speed running where people can open their legs is needed," he added. 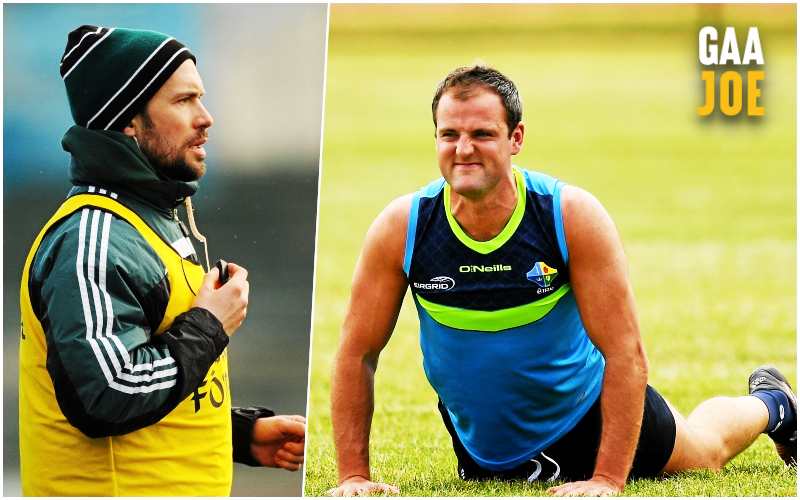 Ballaghaderreen. Kildare. Mayo. You could say he'd seen it all before. Before renowned Strength a... 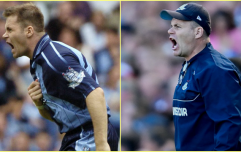 END_OF_DOCUMENT_TOKEN_TO_BE_REPLACED

There's a reason why incessant laps have become a thing of the past and Solan feels that GAA players would be better served by mirroring the demands of a game, with some high intensity speed-work.

"Like, even though the high speed stuff is only a small percentage of the game, that's the difference between getting to win a ball, making space for a shot or closing down an opponent. So you're trying to get your training to reflect the demands of the game.

"Someone running a 5k at a good pace might be travelling at 4 or 5 metres a second. But someone sprinting in a game would be doing 8 or 9. It's very hard for a car to go from second gear to fifth gear, there needs to be a bit of work done there in third or fourth to get people there safely. So a bit of a high speed running and sprinting should be planned in in a common sense approach..."

"You could do that with the ball too, like say 5 v 5 in a 20 metre box. That'll be intense... It's getting the blend right. It's about getting them used to the game situations, getting their skills in - I think if coaches are turning up and running the guts out of lads, it's a complete waste of time." 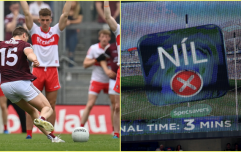 END_OF_DOCUMENT_TOKEN_TO_BE_REPLACED

Before Barry Solan made the move across the water to take on his job at Arsenal, he worked with a number of GAA and rugby teams on these shores, including his native Mayo.

You can listen to the Solan interview and much more from Monday's GAA Hour Show here.


popular
"This game is going to get abandoned" - Mass brawl between Kilcoo and Burren results in six red cards
"He'll have the best seat in the house" - emotional Mageean pays tribute to late great Kiernan after the race of her life
Quiz: Which player has scored more goals for Ireland?
Teddy Sheringham says Roy Keane didn't speak to him for three years at Man United
Court hears cringeworthy poems Ryan Giggs wrote to his ex
Your guide to a huge weekend of sport and how to watch it all
Kylian Mbappé wants to 'dismantle Argentine Republic' at PSG
You may also like
2 weeks ago
Leeds owner threatens 'global case' if Barcelona can't pay Raphinha transfer fee
2 weeks ago
Cork's 'Yummy Mummies' WhatsApp group on fire as camogie legend O'Leary still doing it at 39
2 weeks ago
"He'll be missed on the sideline, and that Avonmore peaked cap will be treasured forever."
2 weeks ago
"He gave me torture anyway for about half an hour" - How Gillane became the fittest he's ever been in 2022
2 weeks ago
Bernard Brogan tweets Shane Walsh interesting proposition regarding Dublin club transfer
2 weeks ago
"I just hope we can get it over the line for her, she's pucked every ball" - Galway hoping to do it for injured stalwart
Next Page