PICS: A lot of empty seats at second International Rules test in Perth

This game was expected to be a sell-out.

The second and final test of the 2017 International Rules series took place in the Domain Stadium in Perth on Saturday morning.

Last weekend's first test in the Adalaide Oval had an attendance of 25'502, leaving almost 30'000 empty seats, and consequently, a relatively dead atmosphere in the South Australia stadium.

END_OF_DOCUMENT_TOKEN_TO_BE_REPLACED

More expats were expected to make their way to Perth for the defining test, and the Australian fan base was supposed to be increased on last week's as well, seeing as this would be the last game to ever take place in the old stadium.

Early evidence suggests that these increased crowd expectations have not come to pass, with a host of empty seats visible.

Ireland outnumbering the Aussies in the team stakes - 23 to 19 - as they are in the small crowd. #GAA #IRS 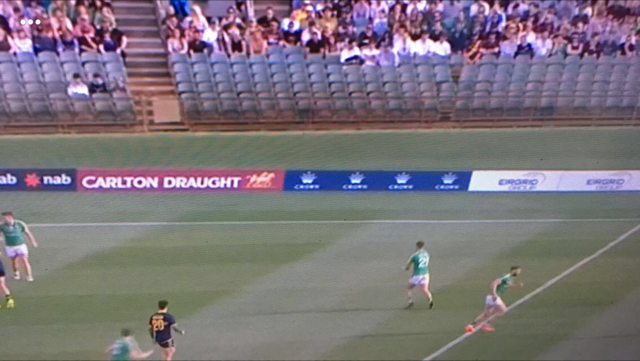 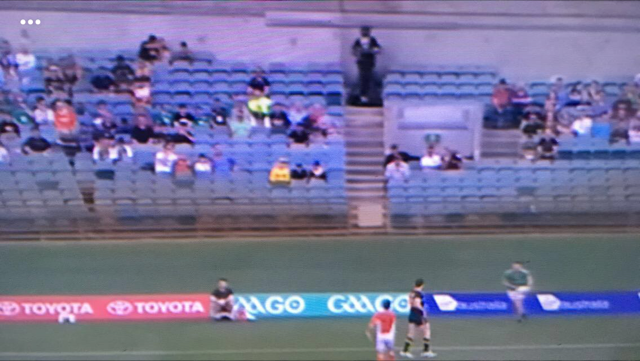 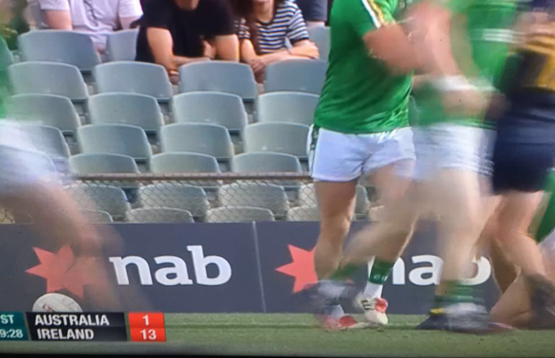 If the turn-out didn't live up to expectations, the game certainly did. Both sides were fired up from the word-go, with an early scuffle between Eoin Cadogan and his markers setting the tone.

Aidan O'Shea was horsing himself into his Aussie opponents, provoking plenty of ire and frustration from them.

Ireland got off to a flying start, though, and lead 17-10 at the end of the first quarter, with Gary Brennan scoring the first goal and playing a key role in setting up the other for Mayo's Chris Barrett.

They picked up where they left off in the second quarter, with Conor McManus' radar most certainly on from placed balls.

At half-time it was 30-17 to Ireland which gave them a three point lead on aggregate.

The teams broke into a scrap at the half-time whistle, after which the small Ireland crowd made themselves heard with vivacious chants of olé, olé, olé.


popular
Ireland team to play Wales: Andy Farrell's XV, the big calls and bold cuts
Jaden Sancho can't hide his smile as Old Trafford give heartwarming reception
Everton release brutal 59-word statement to confirm Anthony Gordon departure
"Every team did it!" - Paul O'Connell on Roy Keane comment to Ronan O'Gara that he couldn't deny
Owen Farrell praises Johnny Sexton in revealing interview ahead of Six Nations
Discontent over Netflix access for Six Nations documentary as Johnny Sexton focuses on his Last Dance
"It's crazy to think Bundee Aki might come straight in and start against Wales"
You may also like
5 years ago
Dublin players were involved in the International Rules WhatsApp group
5 years ago
Australia rub salt into the wounds after bad week for Irish sport
5 years ago
Conor McManus description of International Rules is reason for it never to be scrapped
5 years ago
Viewing figures for International Rules don't make for good reading
5 years ago
WATCH: Niall Morgan takes huge mark, burns two Aussies, picks out glorious pass
5 years ago
Ireland International Rules squad in conditioning session ahead of Australia showdown
Next Page