Paul Finlay is 39 years old, but just played a key role in helping his club win their first county title in 10 years, and it turns out that the secret to high performance at this age, isn't really a secret.

Finlay was captain of Ballybay when they last won the Monaghan senior club championship, but even the heartbreak of losing finals in 2018 and 2020, couldn't deter the veteran.

The evergreen forward played for Monaghan for 14 years, and his ability to still play at the highest level in the club game is testament to his dedication and fitness. 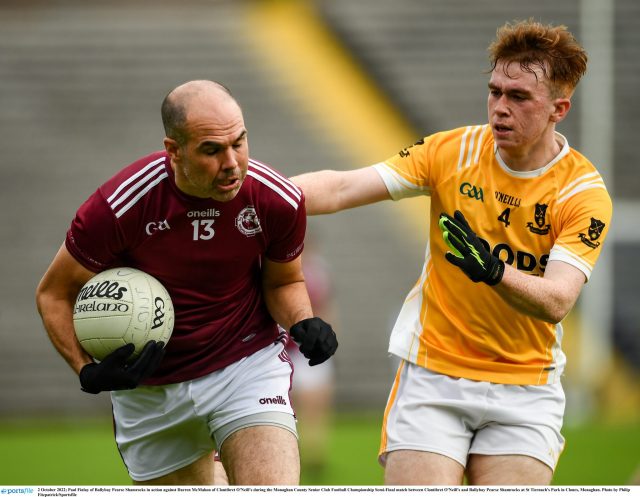 END_OF_DOCUMENT_TOKEN_TO_BE_REPLACED

Just last week another 39-year-old, Martin Penrose, was still the main man for his club Carrickmore as they narrowly lost out on a Tyrone championship.

So, is the secret to this increase of older players still doing the business down to sports science, strength and conditioning, or recovery?

Not according to Finlay, who puts it down to the stars having to align in a certain way for it to be possible. 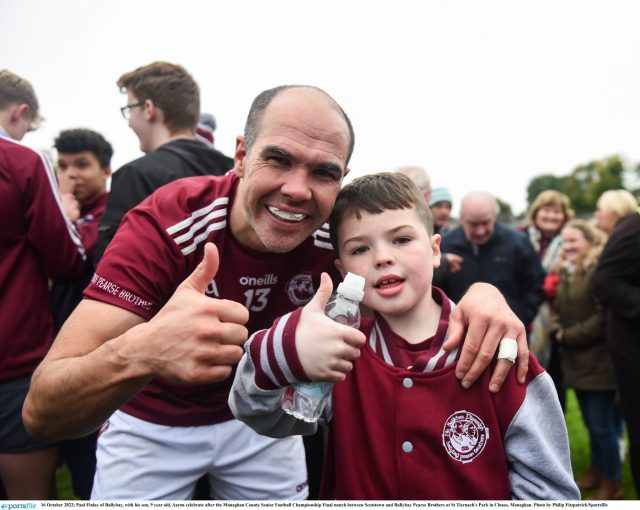 "There's a lot of factors at play to be honest with you, like I believe that home life and family life needs to be right, especially if you have kids, which I do at home.

"Your work, wherever that is happening, that has to be right. If you have a massive commute, that gets tougher and tougher every year, so that's another thing. 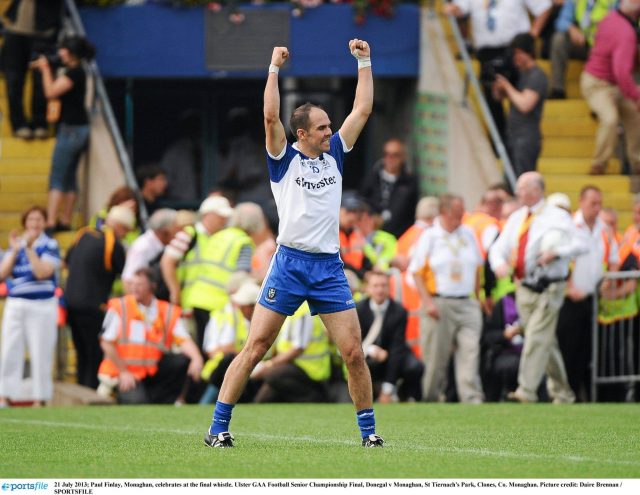 "The group itself has to be right too. Of course there is a lot to be said about looking after yourself, and sports science and everything. I don't delve too far into that myself personally.

END_OF_DOCUMENT_TOKEN_TO_BE_REPLACED

"I just know that down the years you try and keep yourself ticking over, and keep yourself in as good as shape as possible, and I've never taken a huge step away from the game, apart from maybe a few weeks here and there.

"I would be afraid of stepping away for too long and just not being able to get back to the fitness levels needed, so that's always been a fear in the back of my head, but there's a lot of things that need to be right in order for you to keep going. 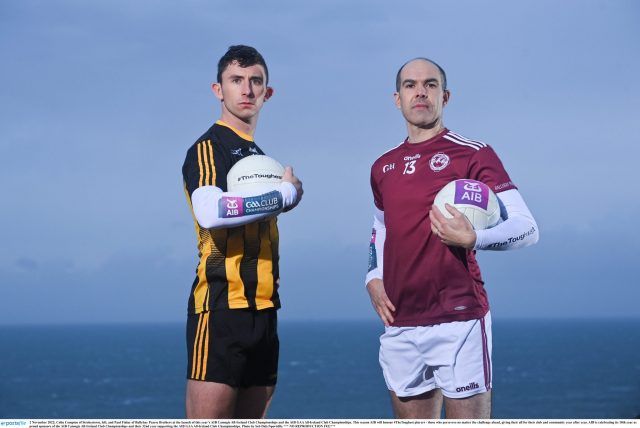 "It's not the same for everybody, but if you can tick all of those boxes, then that gives you an opportunity to say 'yeah, let's keep going and stick at it'."

Injuries are another reason that players lose out on longevity in their careers, and although they are impossible to avoid completely, Finlay believes that knowing your body and your limits at this age, is important as well.

"Injury wise, I haven't had anything too severe in my career that has curtailed me or forced me to take a break from the game, so that's another huge positive for me. 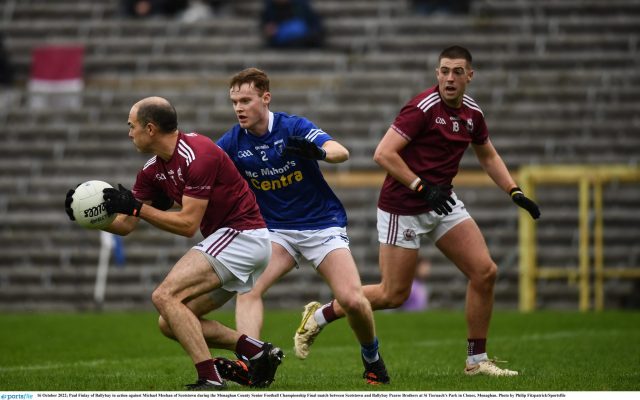 "You would be mindful that you can't just do everything that the group is doing, you know you want to do as much as you possibly can.

"I would dabble at S&C, but I would do a lot of yoga-like exercises, and I would say that has helped throughout the years.

"Most importantly is through the winter season, never completely stepping away and trying to keep a little bit of running up and do some exercises to just keep the body moving. That has certainly helped me."

Ballybay will now play the winners of Crossmaglen and Granemore in the Ulster championship.


popular
Ireland vs Wales: All the big talking points, moments and player ratings
Conor McGregor offers solution to Croke Park fiasco that should suit all parties
Conor McGregor hit by car ‘at full speed’ while cycling
Allianz National League Round 2: All the action and talking points
Ireland team to play Wales: Andy Farrell's XV, the big calls and bold cuts
Everton release brutal 59-word statement to confirm Anthony Gordon departure
GAA defends their handling of Kilmacud Crokes and Glen replay saga
You may also like
1 day ago
The SportsJOE Friday Pub Quiz: Week 9
1 week ago
Lidl launches One Good Club in support of youth mental health
2 weeks ago
Lee Keegan reveals who the toughest person he ever had to mark was
2 weeks ago
Paudie Clifford had the only response needed after being cleaned out by vicious elbow
3 weeks ago
O'Byrne Cup reduced to farce as Offaly withdraw from competition
3 weeks ago
Rory Gallagher expects Glen players to be back for Derry the week after club All-Ireland final
Next Page