The one statistic that spells trouble for club favourites St Vincent's

The remarkable Derry dual club are 2/1 outsiders to stop the Dubliners' quest for a second title in four years, but an examination of both sides' style of play to date would suggest Slaughtneil are perfectly set-up to challenge Vincent's.

END_OF_DOCUMENT_TOKEN_TO_BE_REPLACED

Mickey Moran’s stamp is all over them. They’re a tough nut to crack.

Vincent’s are similarly methodical in possession but, perhaps, with a bit more cut and thrust. On average, they almost certainly have a bit more pace than Slaughneil. Depending on what side Vincent’s put out, in terms of pace, I make it four or five even matches, and then six/four or seven/three in Vincent’s favour.

Vincent’s are equally as capable of playing methodical football, but are more inclined to try to get from end to end ASAP when the opportunity arises. They have the pace around the field to play at a hundred miles an hour, so this style suits them if they can dictate the pace of the game. When they get their own kick-outs off quickly, they’re devastating, and almost equally as much when they win the opposition’s long one. 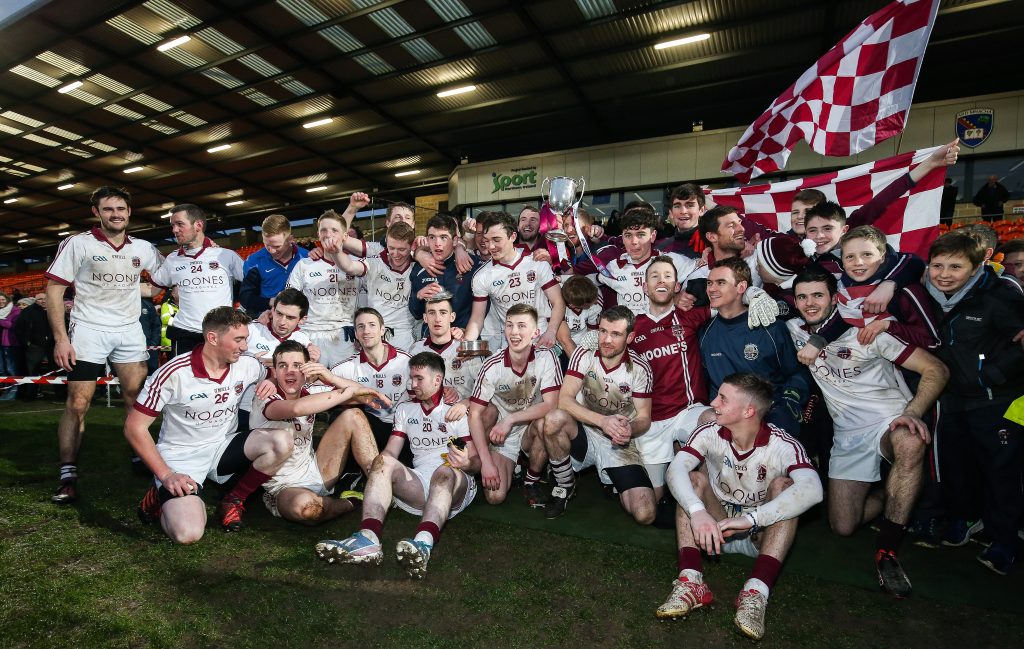 END_OF_DOCUMENT_TOKEN_TO_BE_REPLACED

Looking at how we can expect things to run out, of concern to Vincent’s should be that GaaProstats Zonal Kick-out Analysis showed that from 12 slow kick-outs that Rhode played to their full back line (more than 9.5 seconds after the ball went dead), they managed to score six points!

That Slaughtneil scored three from ten such slow kick-outs to the full back line in the Ulster Final, without conceding anything upon a first turnover, makes a combined pattern that potentially spells trouble for Vincent’s.

Vincents’ GaaProstats Score Concession Analysis shows them closer to the 40% mark in terms of “Grade 3 Concessions”. That is to say, they’re more inclined than Slaughtneil to allow oppositions to “pick and poke” their way to kicking points without having to take on a defender directly. GaaProstats Zonal Defence Analysis illustrates that they had an alarmingly high 40% score concession against Rhode when they had a blanket defence in place, or 46% including when they had only one spare defender. And Rhode had a penalty saved.

If Slaughtneil are to win, patterns suggest this element will be key, “picking and poking” their way through Vincent’s blanket defence.

It is, however, the aforementioned kick-outs wherein lies one of the two keys to the game. 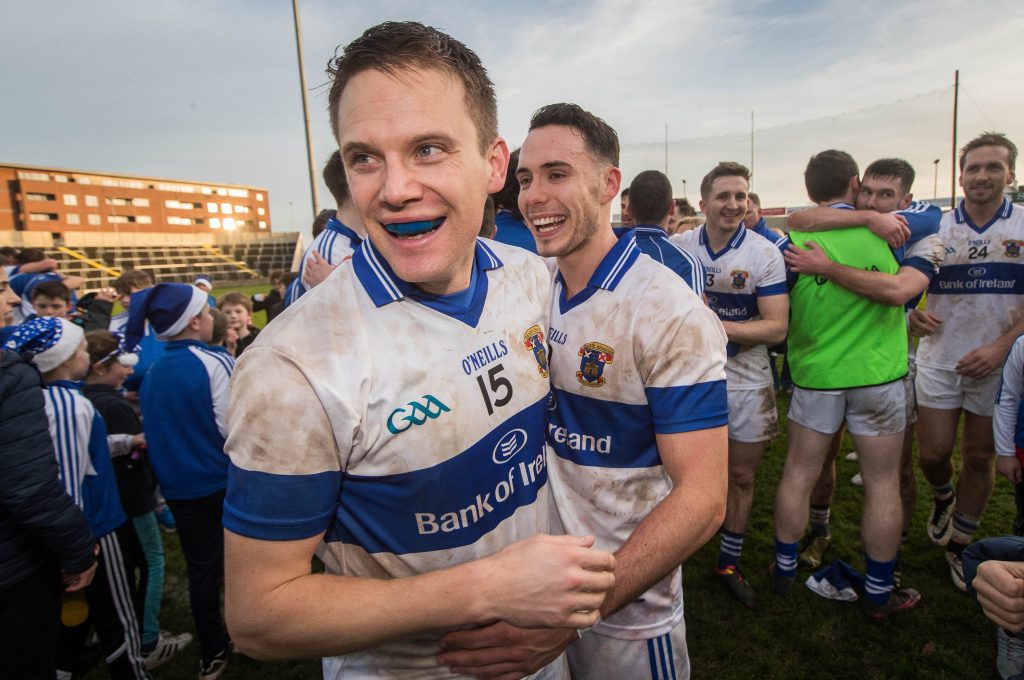 END_OF_DOCUMENT_TOKEN_TO_BE_REPLACED

Based on all previous evidence, you have to assume that both sides are going to push up on the kick-outs, attempting to deprive the opposition the short, quick ones.

Slaughtneil’s Christopher Bradley at number 13 tends to play somewhat as a rover, but he or somebody else normally picks up the opposition corner back quickly on the kick-out.

What is noteworthy is the lengths both sides have gone to with set pieces in order to win their own kick-outs. Vincent’s Dublin semi-final with Ballymun was a methodical war in its own right in this regard.

What is particularly noteworthy about Slaughtneil is just how many times they’ve successfully managed to play slow kick-outs to their full back line, particularly against Kilcoo, despite the fact that the opposition had gone man on man on the kick-outs.

They managed a massive 10 of these against Kilcoo which was undoubtedly decisive, with three ending up as points, and none as scores conceded upon the first turnover.

Well-worked and earned as these kicks were, with defenders cleverly peeling off their men, Vincent’s Quinn, Varley and Trainor are three of the wiliest foxes in the game. It seems unfathomable that they’ll allow this to happen. And if they don’t, the winning and losing of the game will be the long kick-out, and maybe the quick, short one, which is why I marginally favour Vincent’s.

As yet, there’s no evidence to suggest that Slaughneil will allow an opposition to get quick kick-outs off, but if Vincent’s do manage it, you can expect carnage. They ravaged Castleknock in this regard in the Dublin final scoring three points from four quick kicks, a patterns only slightly higher than their general average.

And from four attacks in the Ulster final where Slaughtneil were forced to defend man-on-man, GaaProstast Zonal Defence Analysis shows they coughed up a point on each.

That’s not to mention that when exposed man on man in the Ulster semi and final, GaaProstats Breach/Interception Analysis showed that five of Slaughtneil’s middle eight, were consistently beaten when taken on one on one.

If Vincent’s get the kick-outs off quickly, or turn over possession and attack at pace, there’s no evidence to suggest that Slaughtneil have an abundance of individuals in the middle third who will stop the likes of Shane Carthy, Diarmuid Connolly, Gavin Burke or Cameron Diamond, or maybe Mick Concarr, from getting by them, especially down the flanks.

Yes, Slaughtneil will have to get possession on their own kick-outs and dictate the pace with their methodical football, just as they have done in Ulster. Of course they can do it. They beat a Kilcoo side, as athletic as you’ll find in club football.

But with both sides likely to try to prevent the opposition from getting off short kick-outs kicks, the long kick-out will be key.

Yes, Vincent’s have some previously mentioned issue that when they’ve lost the opposition’s long kick-outs. GaaProstats Zonal kick-out Analysis illustrates they’ve shipped points and “one on one” goal chances heavily.

And in this finely balanced game, it’s not beyond reason that it could be their undoing. 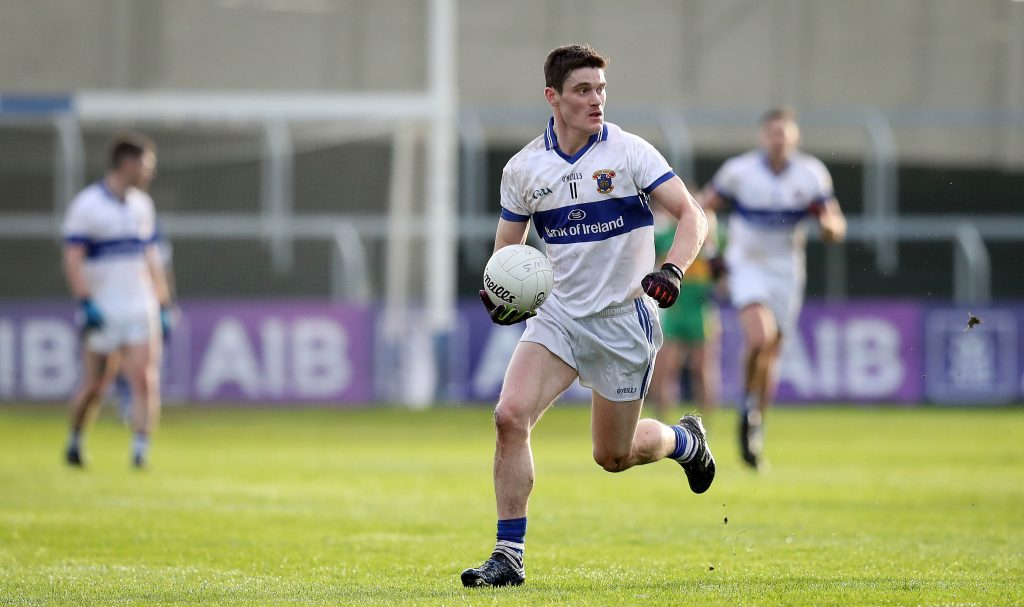 With this in mind, why don’t I think this will cost Vincent’s? Because they’re far more efficient under breaks than Slaughtneil.

The chances of either Slaughtneil’s Patsy Bradley or Vincent’s Daithí Murphy dominating the other on kick-outs, are slim. So we can expect a lot of breaks.

In terms of Vincent’s kick-outs which will likely be broken between Vincent’s defence and Slaughtneil’s forwards, it’s a case of an unstoppable force meeting an immovable object. Both are ferociously efficient, each typically getting first up to the break winning space.

If the random chance should fall favourably to Slaughtneil on the day in this regard, and they win significantly more than their fair share, GaaProstats Zonal kick-out Analysis patterns relating to Slaughneil’s scores gained and Vincent’s score concession in this regard, suggest that the scores Slaughtneil would get from these would be enough to be the difference in their favour

At the other end, however, with the notable exception of Karl Feeney at wing back, Slaughtneil have tended to allow the opposition to queue up for these breaks. Assuming this to continue, it will be like Christmas for Vincent’s wing forwards Cormac Diamond and, particularly Gavin Burke, who are like vultures under the breaks.

Diarmuid Connolly gets his Ronaldo on - and who can bloody blame him?https://t.co/fnRxXpTwiz

It was on long kick-outs won that Vincent’s broke Castleknock’s resistance in the 2016 final early in the second half, scoring four on the trot (two from this source), and they scored four points from this source alone against Plunkett’s in the 2014 final. They won’t need to be asked twice if they win these breaks.Hence, the Vincent’s full forward line not allowing the Slaughtneil the short kick-out the way Kilcoo did, will be key for them.

In a game so evenly balanced, with so many question marks as to which previously successful patterns can be replicated, this is one element that’s highly probable to occur, and quite likely to fall in Vincent’s favour.

Considering the wild swings in Vincent’s scores gained to scores conceded on the opposition kick-outs, it’s almost certain to be the key strategic element.

With so little else to separate the sides, this would push me marginally towards Vincent’s.Of course, the other major question, as ever, is the Connolly question. The difference in their one-point win against Ballymun were three magical Connolly points, as well as two others (this includes a pointed free for a foul on him). The aforementioned kick-outs and four wonder-passes from Connolly were the difference against Castleknock, and a nonchalant 1-2 kept Rhode at arm’s length. 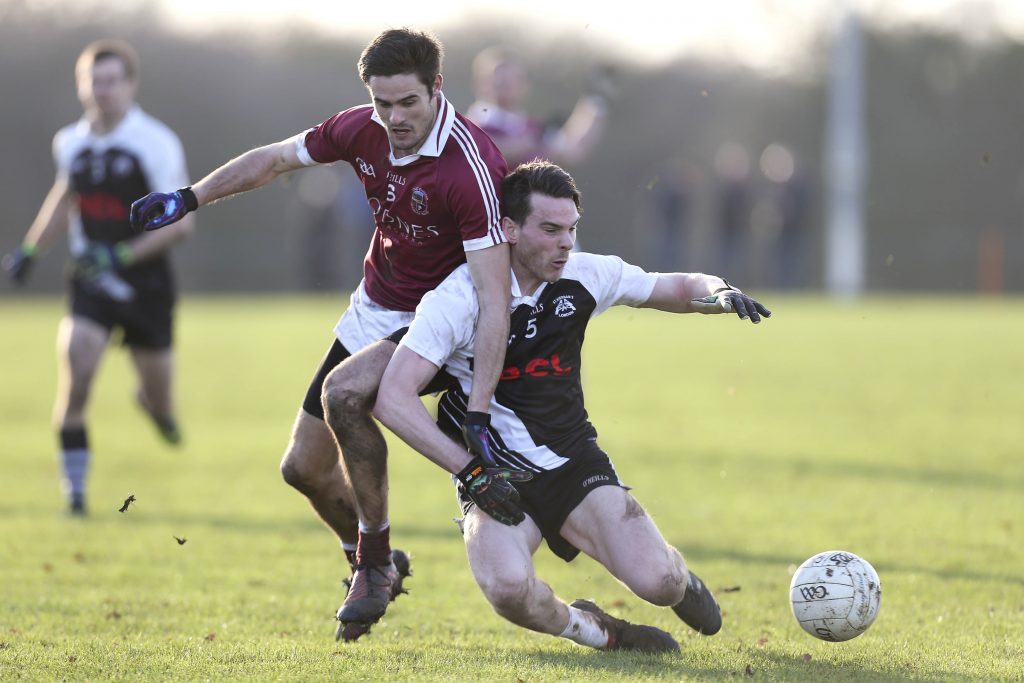 With two such evenly-balanced sides, amongst other key battles, how Chrissy McCaigue manages this threat, is almost certain to be the other key difference.

It remains to be seen, if he can be the first defender in this 2016/17 campaign to eliminate this danger!

If Vincent’s force Slaughtneil to go long on kick-outs, or get more than six or seven of their own kick-outs off quickly and breach “the Killer Quarter”, I’d fancy them.

These factors aside, if Connolly sparkles again, and is worth four points or more, I’d fancy them.

If Slaughtneil can prevent these three elements, or maybe even two, I’d fancy their methodical play and tight defence to win the day.

If they stop Connolly, or win more long kick-outs than Vincent’s, however, they’ll e the first in this 2016/17 campaign!

The stats in this article were compiled using the newly developed GaaProstats statistical and video analysis program. This program has been specifically designed for Gaelic football and hurling. It is now available for all clubs to download free for a month’s trial.


popular
World Cup 2022 Day 13: All the major action and talking points
QUIZ: Can you identify the World Cup 2018 team from the crest?
Skills, scowls and scores - Luis Suarez rolls back the years against Ghana
Shay Given on how far Ireland could've gone at the 2002 World Cup with Roy Keane in the team
Patrice Evra 'likes' photo of Luis Suarez in tears after World Cup exit
Ronaldo finally reveals why he got that hideous haircut
From Ireland to Argentina: Alexis Mac Allister's Irish roots explained
You may also like
2 weeks ago
"I was living day to day" - Shane Carthy and Cormac Ryan open up about their past and present struggles
2 weeks ago
"I'll try get that little bit faster, that little bit fitter. I'll try to put on a bit more weight" - How Gannon aims to improve during off-season
2 weeks ago
"I couldn't get over the amount of differences between the hurling and the football" - Leaving hurlers was never an option for O'Donnell
2 weeks ago
Shocking scenes as brawl extends into the stands during Oulart-the-Ballagh vs Naomh Barróg
3 weeks ago
"We've kind of gone away from stats" - the personal goals Dias sets for himself each game as a midfielder
1 month ago
GAA JOE Team of the weekend
Next Page