Oisín McConville recently joined the Laois hurling backroom team, but not a huge amount is known about what he does.

McConville is a trained counsellor and was brought in for the psychological side of things as Laois hope to make a mark in Championship this year.

Captain Ross King spoke on the GAA Hour Hurling Hour during the week and revealed what McConville does with the squad.

“I suppose he came in about two months ago, we weren’t really sure what role he was coming in to do. He came in two months ago and probably did a session every two if not three weeks.

"I’d say Eamonn Kelly uses him to bounce ideas off of him for himself and Eamonn uses him to do group work with us then.

"For example, just after the Westmeath game, he had us doing a little bit of video work. Basically, he picked out a little clip when we scored the goal against Westmeath and there’s very little reaction across our Laois team.

"We literally turned around and we actually took our shoulder off Westmeath rather than maybe actually give them one and let them now that we got on top of them and maybe get the next score or two to finish the game early. In contrast they went up the field and got the two scores. 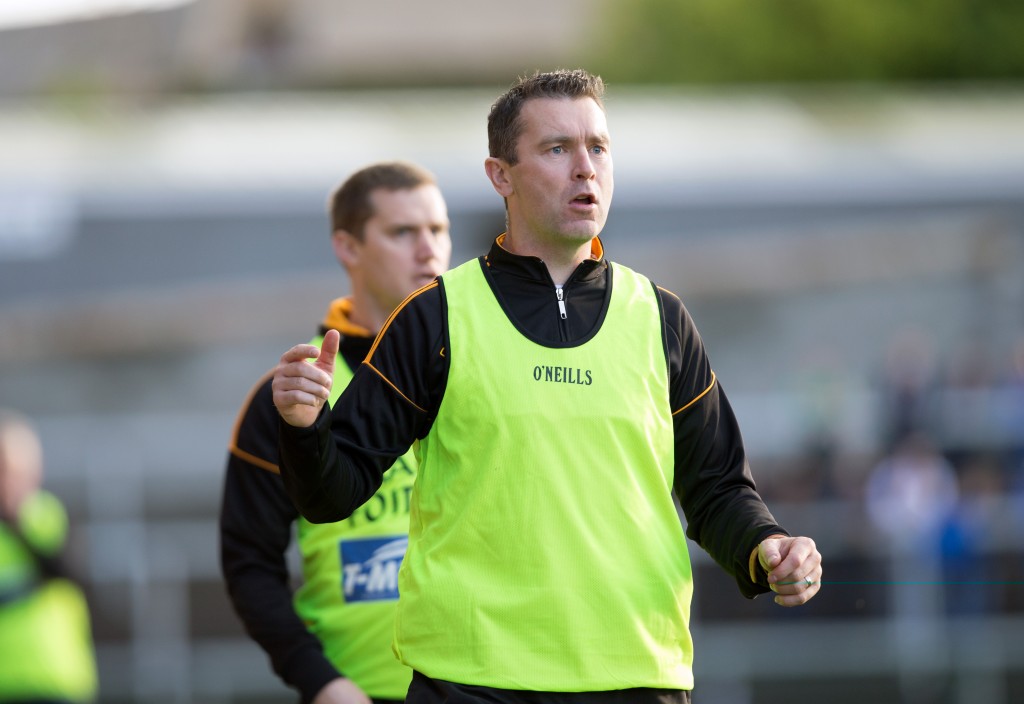 And McConville certainly isn't afraid to let his opinion be known.

"I suppose and he’s taken little bits and pieces and focusing on different players and different groups I suppose whereas maybe there could be a little bit of protection of people's egos. Look you don’t want to hurt a lads ego when you’re dealing with them all year but Oisin can pull you aside and he’s there to help and he’s there to offer an honest opinion and if he’s not doing that he’s not doing his job either."

During the week, the Armagh native was set to take another video session with the side and King certainly alluded to McConville giving the hairdryer treatment to the players.

"We’re training tonight but we’re actually meeting with him afterwards for 45 minutes and in these meetings you’re nearly putting your head down and hoping that you’re not going to be drawn on in this video."

You can listen to King's entire interview below, starting from 25:55

King hopes that the addition of McConville into the Laois set up could mean similar results to what McConville achieved with Crossmaglen Rangers and Armagh.

"Oisín is after buying into us and as a result we’ve bought into him. His background is similar to us, not saying we’re going to win All-Ireland’s but when he was at Crossmaglen and Armagh they barely won a championship game in 10 years and in the space of 5 or 6 years they changed the whole mentality of the club and the county and they went onto win All Ireland’s

"They felt they were inferior in their own dressing rooms but over time and a bit of belief they’ve changed that and you can see what happened with their achievements as a result but that’s something he puts down with us."

Overall, King and the Laois players have been impressed with McConville since he started helping the squad.

Who knows, maybe under Eamonn Kelly and Oisin McConville's watch we could see Laois win their first All-Ireland since 1915.


popular
"I think there are only five Kilkenny players who are guaranteed to start on any given day" - Cody's motivational methods
Gary Neville reveals Man United ignored advice to sign Joao Cancelo
Sean O'Brien could get to play England, at Twickenham, in his final game
QUIZ: You have 60 seconds to answer one Premier League goalkeeper question
Boris Johnson slams Jurgen Klopp for defending Liverpool fans booing national anthem
Jamie Vardy says 'Wayne Rooney is talking nonsense' about telling his wife to 'calm down'
Gearoid Hegarty's harsh red card leads to a heated debate in The Sunday Game studio
You may also like
1 month ago
Join Munster legend Billy Holland for this free mortgage masterclass
3 months ago
[CLOSED] COMPETITION: WIN a two-night stay at the luxury Trident Hotel in Kinsale Harbour
5 months ago
Here's where you can find some incredible deals on exercise machines in 2022
5 months ago
WATCH: This clip shows just how amazing amateur clubs in Ireland really are
5 months ago
Pieta and Shane Carthy encourage people to take part in #HopeOverSilence this Christmas
6 months ago
COMPETITION: WIN tickets to Ireland's Autumn International games
Next Page