There is another excellent weekend of sport coming up.

There is some great sport on over the weekend, from the All-Ireland Senior Football Championship finals to the Formula 1 French Grand Prix and golf's Amundi Evian Championship. 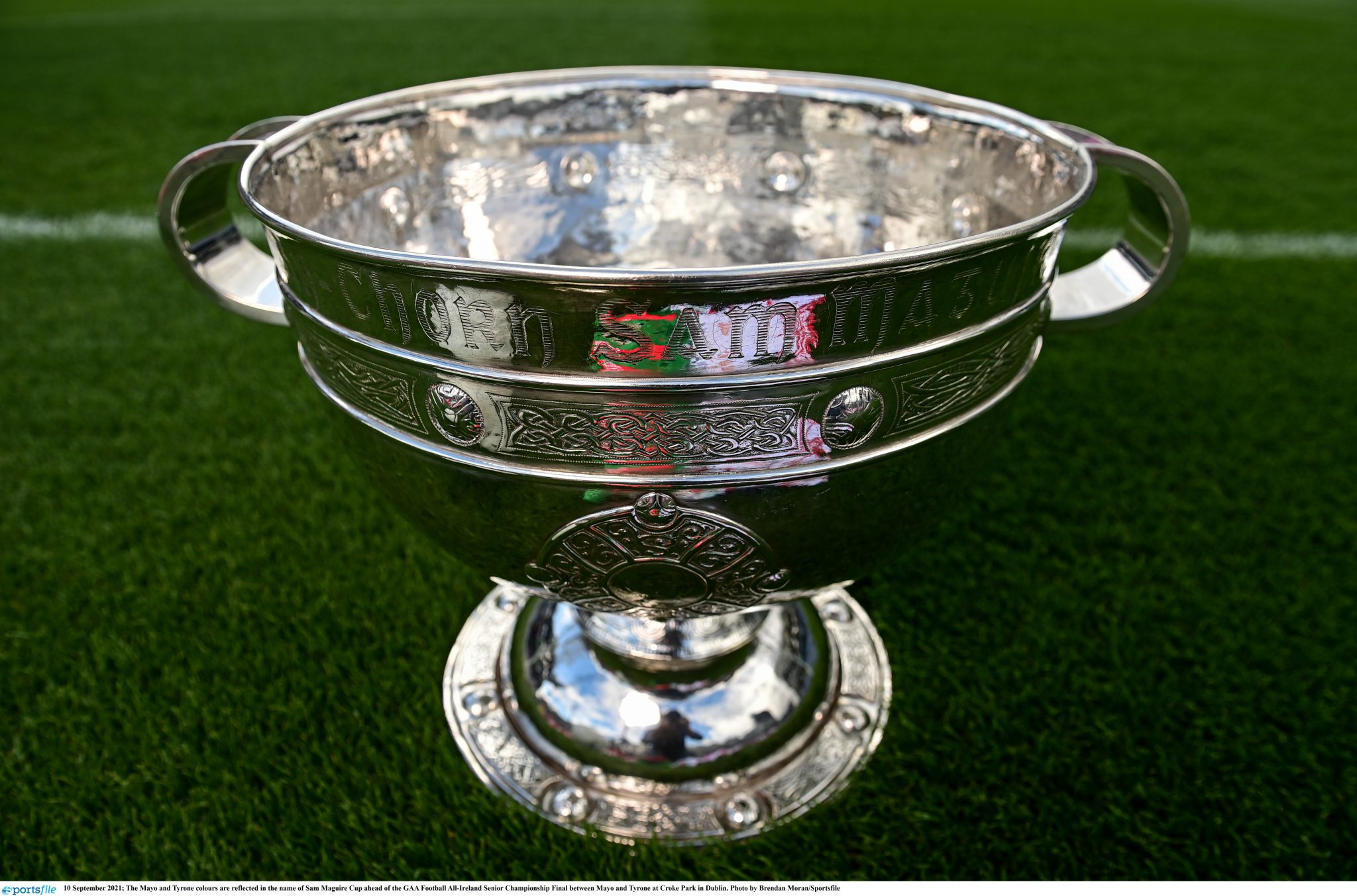 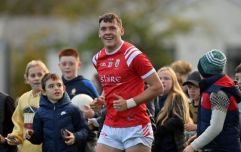 END_OF_DOCUMENT_TOKEN_TO_BE_REPLACED

Max Verstappen, the reigning world champion, won this race last year and will be the favourite again for this weekend's Grand Prix in Marseille.

The Red Bull driver, however, will be pushed close by Charles Leclerc, who won the Austrian Grand Prix in the previous race this season.

You can stream all of this weekend's F1 with a NOW Sports Membership. 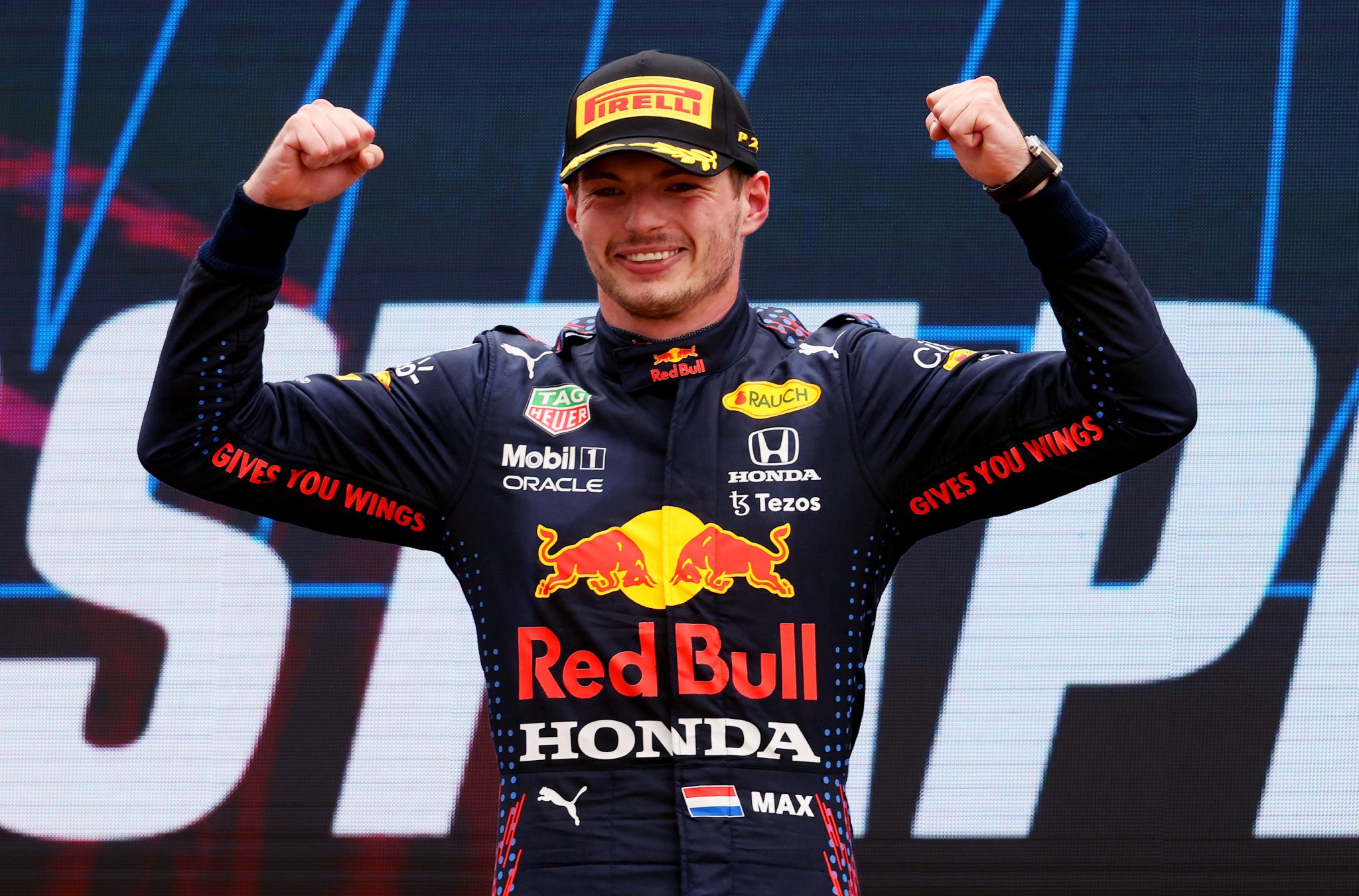 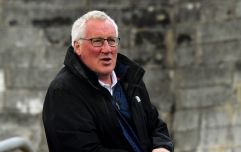 END_OF_DOCUMENT_TOKEN_TO_BE_REPLACED

Switching to golf, but remaining in France, you can also stream the Amundi Evian Championship this weekend.

There is Irish interest in the tournament, with Leona Maguire hopefully set to be among the contenders for the major tournament.

The Cavan-native, currently ranked 19th in the world, is among a strong field at the Evian Resort Golf Club on Lake Geneva.

You can stream the weekend's golf with a NOW Sports Membership, with coverage on Saturday starting at 10:30 am. 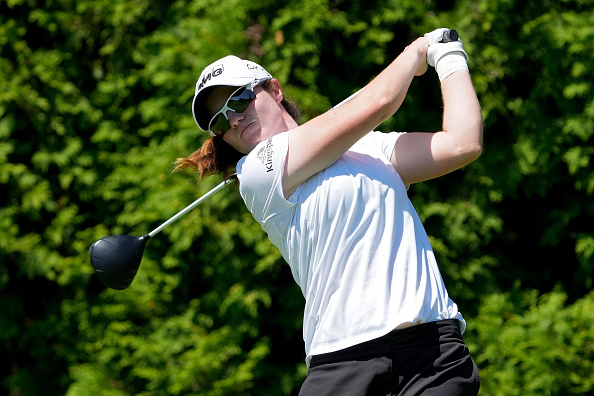 Sunday's sporting action begins with the F1 French Grand Prix. Verstappen comes into the race leading the driver standings for this season.

The Dutch driver, with 208 points and six wins in the campaign so far, has a commanding lead over Ferrari's Leclerc, who is in second place with 170 points.

The Red Bull driver, however, knows he cannot become complacent after finishing second to Leclerc in the Austrian Grand Prix in the previous race of the season.

You can stream Sunday's race with a NOW Sports Membership, with coverage beginning at 2 pm. 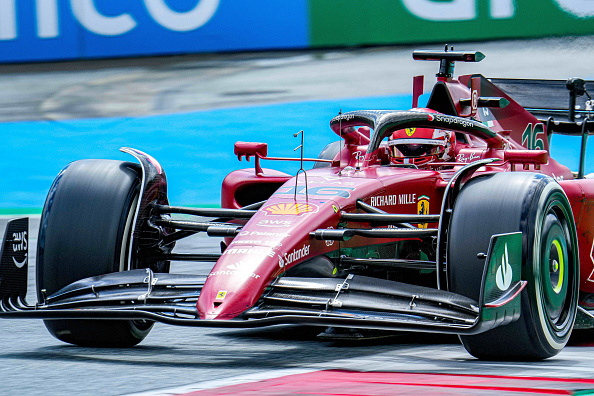 The main event of the sporting weekend then takes place on Sunday, as the All-Ireland Senior Football Championship final takes centre stage with Kerry facing Galway at Croke Park.

The two teams have recorded memorable runs to the final. Galway won the Connacht Championship, where they beat Mayo, Leitrim and Roscommon en route to provincial glory. The Tribesmen then overcame Armagh in a penalty shootout in one of the most eventful All-Ireland ties of recent memory.

In the semi-finals of the All-Ireland Championship, Galway ran out comfortable winners over Derry after falling behind early in the game. Damien Comer scored twice for Pádraic Joyce's side and he will be crucial to Galway's chances on Sunday. 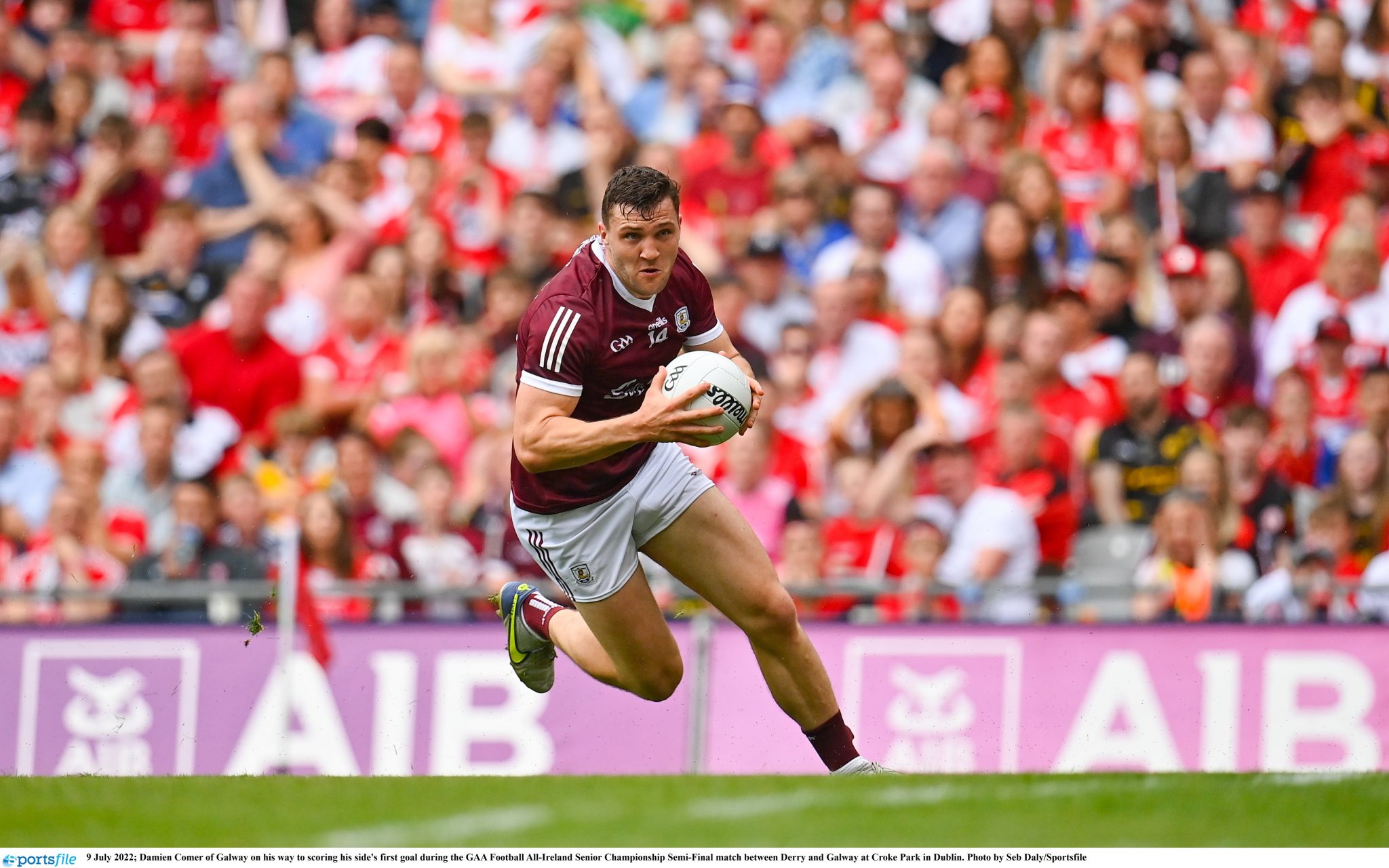 Kerry, meanwhile, won the Munster Championship, where they beat Cork and Limerick before facing Mayo in the All-Ireland quarter-final. The Kingdom beat Mayo 1-18 to 0-13 to set up a semi-final against fierce rivals Dublin.

In an epic encounter at Croke Park, the Kingdom emerged victorious thanks to an incredible last-minute free from Sean O'Shea.

Kerry will be the favourites for Sunday's All-Ireland final as they aim to win the Sam Maguire for the first time since 2014. It would be foolish, however, to write off Galway, who are in their first final since 2001, when they beat Meath.

Throw-in for the final is at 3:30 pm, and you can stream the game with a NOW Sports Membership. 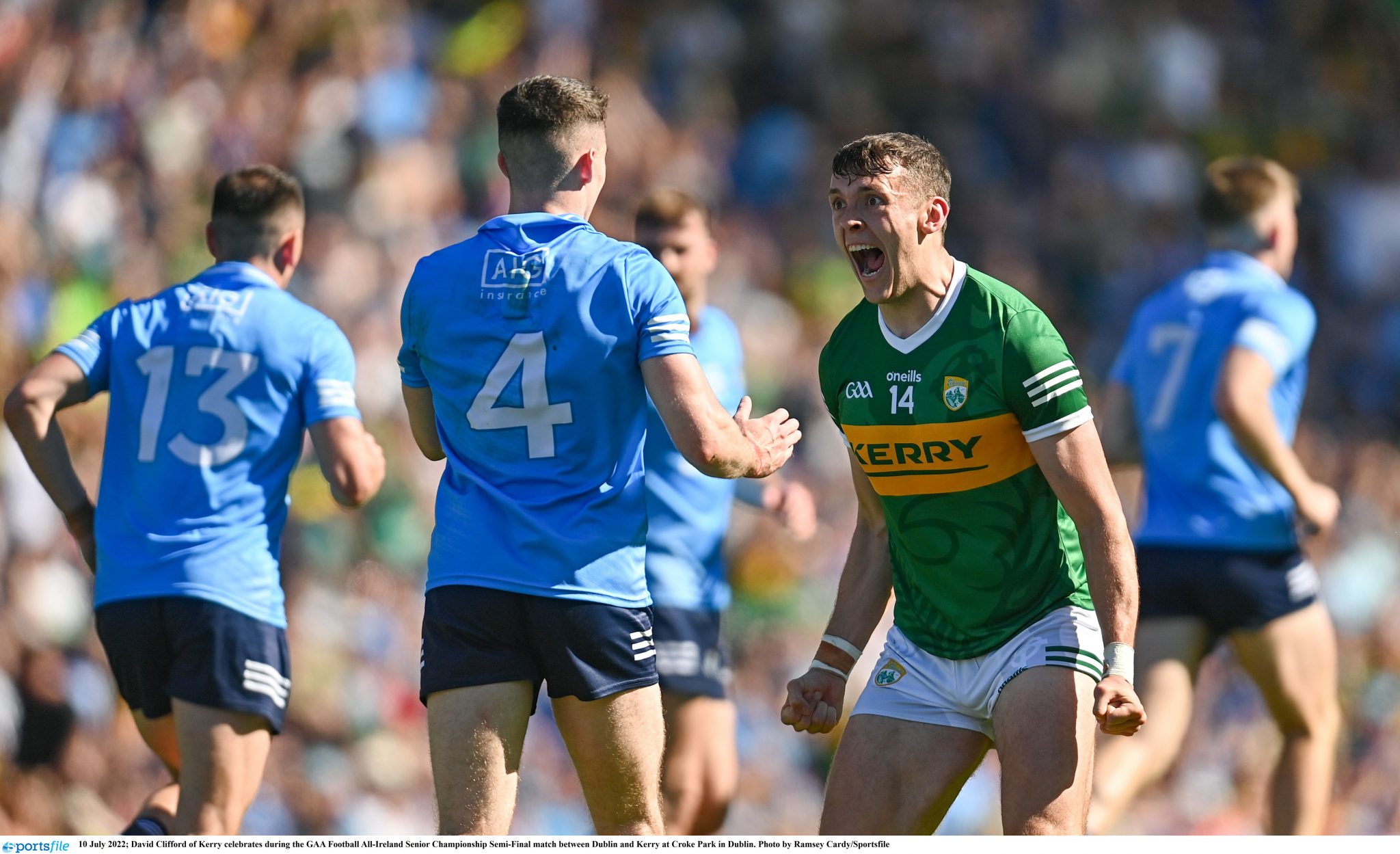 Stream the biggest sporting moments with NOW including all the action from the GAA Championships and Formula 1.


popular
Roy Keane cracked up Ian Wright and Gary Neville with England team spirit remark
'I was so stressed the week before the All-Ireland and I ended up having a panic-attack' - O'Shea and O'Sullivan open up
Roy Keane shoots down ITV presenter's 'excuse' for England's draw with USA
World Cup 2022 Day Seven: All the major action and talking points
The nine England World Cup footballers who could have played for Ireland
Amancio Ortega interested in buying Man United from Glazers
Former England international admits he wishes he had played for Ireland
You may also like
1 month ago
David Clifford vs Sean O'Shea, Donegal senior final, and Dublin hurling all on TV this weekend
1 month ago
The return of Paul Mannion and Jack McCaffrey proves that Pat Spillane is wrong about split season
3 months ago
Shane Walsh reveals why he wasn't as prolific against Derry and how he knew he was going to perform in All-Ireland final
3 months ago
"It was unfair on the Galway backs” - Tomás Ó Sé admits that Kerry benefitted from unfair rule
3 months ago
Referee mic was trialled during hurling final and proves why it should be introduced permanently
3 months ago
David Moran had "lost three or four kg" in the days before the All-Ireland final
Next Page