Yesterday's dramatic battle between Dublin and Kerry was everything that an All-Ireland semi-final should be, it had everything.

Both teams went through incredible patches of form to get themselves into the game, and with everything all square, right at the death, Sean O'Shea has the chance to win it for his county.

END_OF_DOCUMENT_TOKEN_TO_BE_REPLACED

With a free kick from crazy distance, O'Shea showed nerves of steel as he accurately kicks over the winner to send The Kingdom into the All-Ireland final, and ensure their first championship win over the capital since 2009. 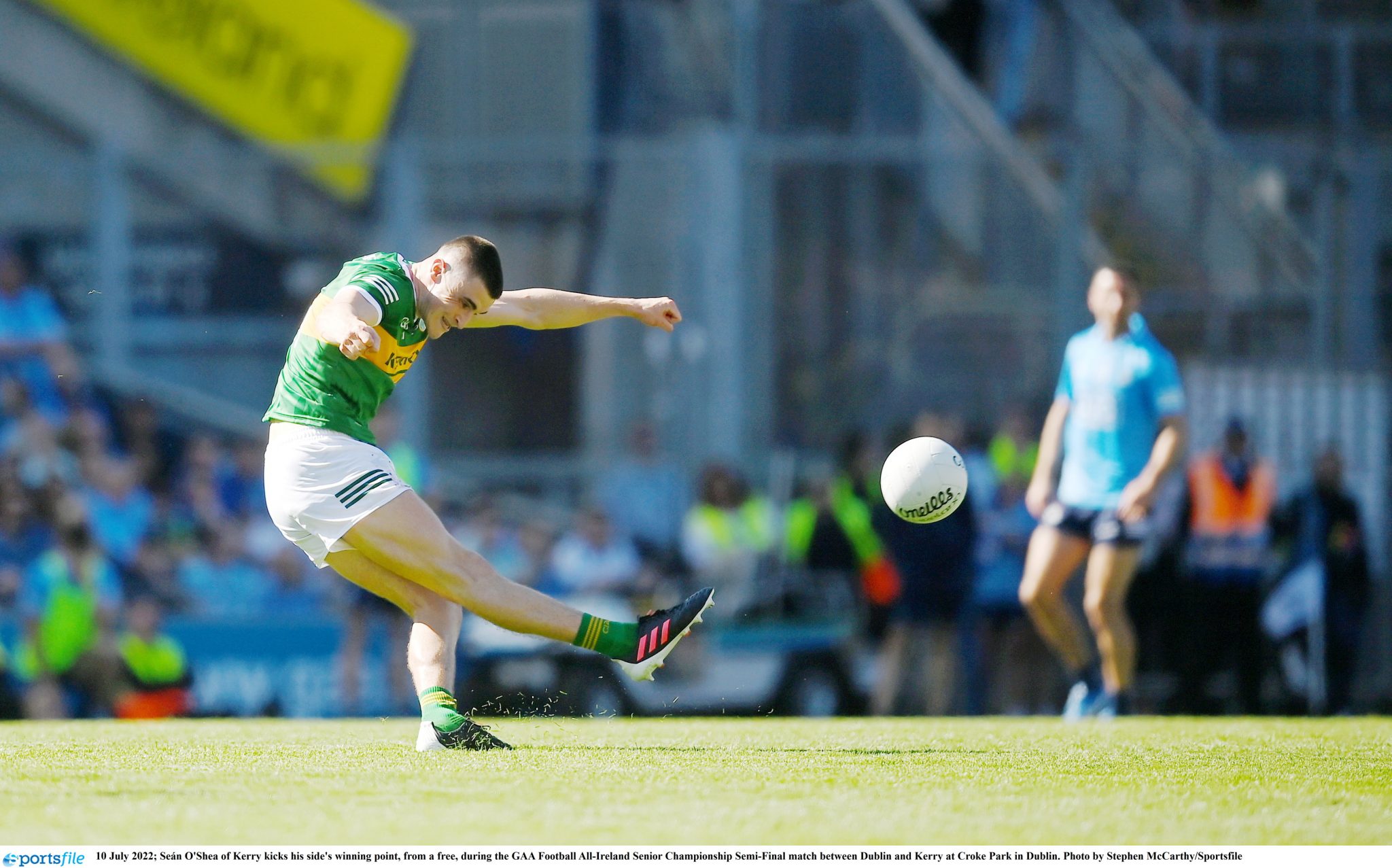 Desperate situations calls for desperate actions however, and as the ball is sailing in mid-air, Dublin goalkeeper, Evan Comerford is seen shaking the posts, trying anything he can to manipulate the ball wide.

A similar feat of desperation was seen a few years ago when Dean Rock hit a last minute free to beat Mayo, and Lee Keegan threw his GPS device in front of the ball to try and put him off.

Seán O'Shea sends @Kerry_Official through to the All-Ireland final thanks to a last-gasp free. pic.twitter.com/0zcuRKtmaU

END_OF_DOCUMENT_TOKEN_TO_BE_REPLACED

However, just as Dean Rock didn't miss that time, Sean O'Shea wasn't going to be denied his moment of glory, and that free will surely go down in history as one of the very best in Croke Park history.

Paul Geaney was quick to let Comerford know that his tactics didn't work however, celebrating wildly in front of him as he retrieves the ball to try and hurry the kick out. 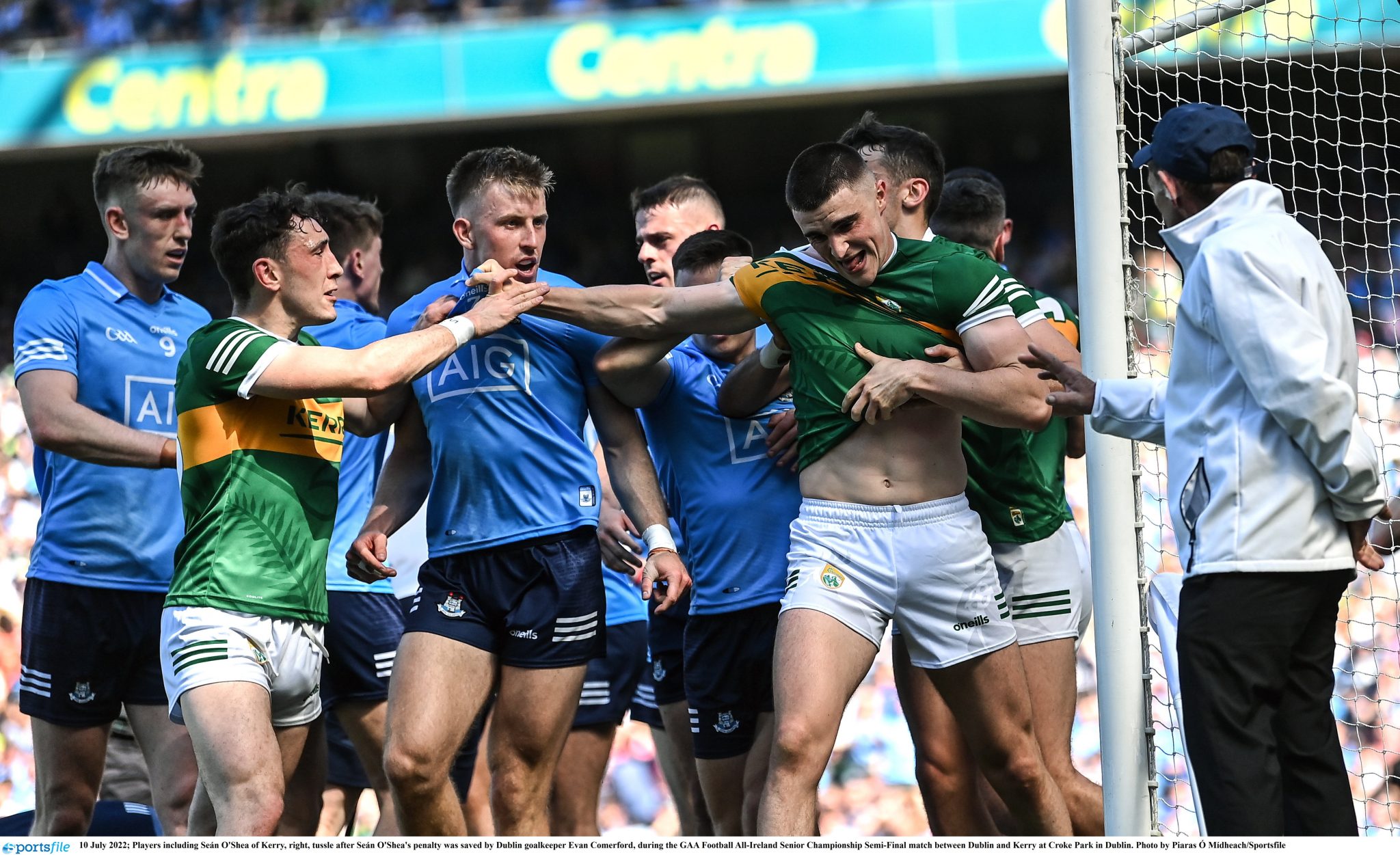 END_OF_DOCUMENT_TOKEN_TO_BE_REPLACED

What makes the score even more incredible is the game that O'Shea was having until that point. The centre half forward got off to a flying start, kicking 1-1 in the opening few minutes, and looked unstoppable.

Then with Kerry holding a decent lead, he had the chance to kill off Dubin early with a penalty, but missed as Comerford swallowed up the ball. 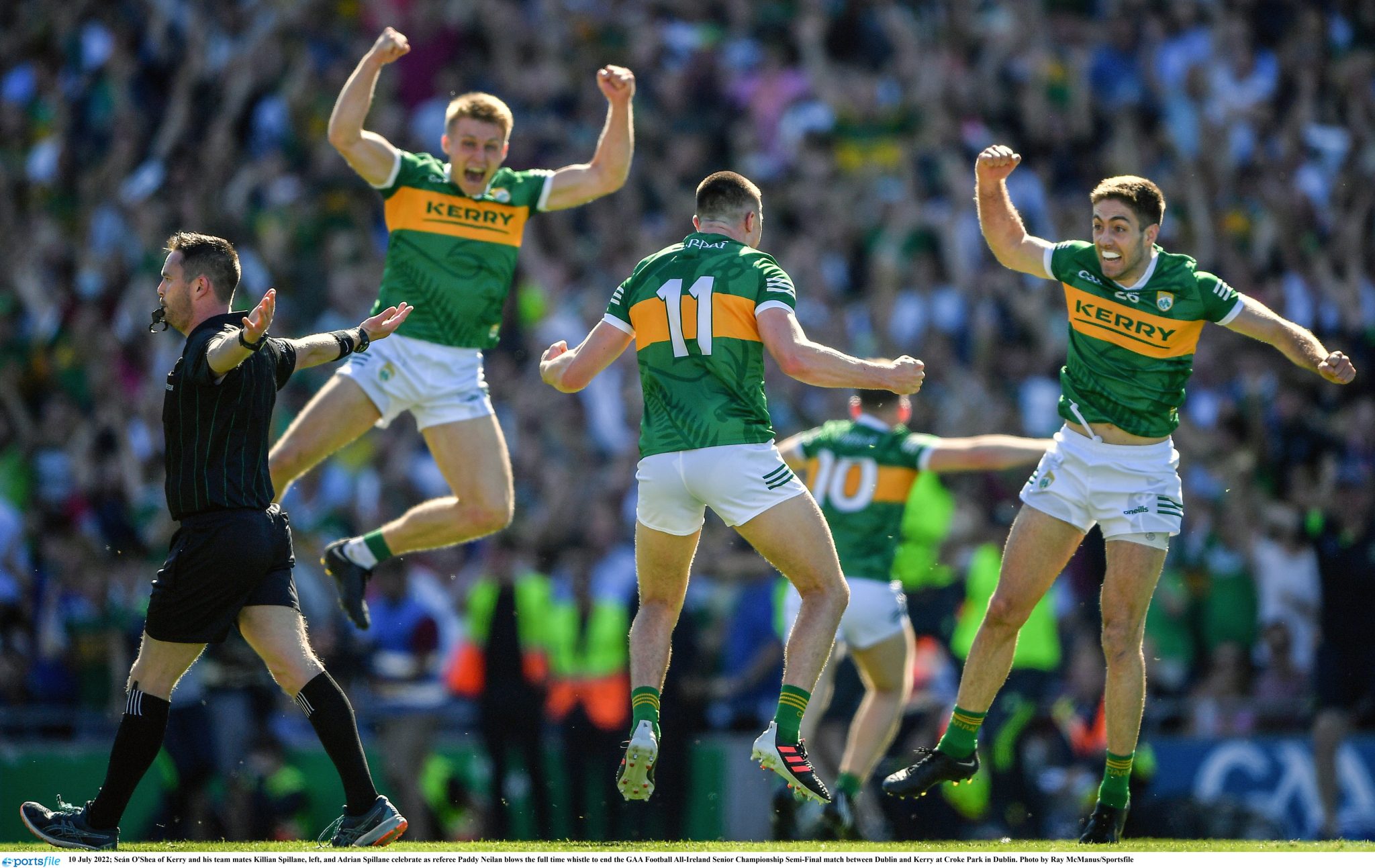 Desperate to make up for his miss straight away, O'Shea followed his kick in and tried to get his foot onto a rebound but ended up colliding with the Dub's keeper, causing a bit of fracas to break out, and there were danger signs that Kerry's number 11 could be sent off.

However, he survived and showed his mental resilience by putting that miss to the side, and not letting it affect him as he prepared to take the biggest kick off his life.


popular
Barcelona allowed to register four new signings, but Jules Kounde misses out
"He can add something to our attacking line up" - Jamie Clarke signs for Northern Irish soccer club
Angry Frenkie de Jong 'tells Barcelona teammates he could join Man United'
Erling Haaland registers strange statistic on home debut as Mark Travers keeps the City score down
Ranking the best county GAA songs of all-time (32-1)
"It was unfair on the Galway backs” - Tomás Ó Sé admits that Kerry benefitted from unfair rule
Antonio Conte 'banishes' four Tottenham players from first-team
You may also like
5 days ago
Referee mic was trialled during hurling final and proves why it should be introduced permanently
5 days ago
Colm O'Rourke belives that Shane Walsh should at least wait a year before making club transfer
1 week ago
Antrim star saves someones life in the morning and then scores 1-15 for his club in the evening
1 week ago
"I just can’t agree with it" - Darran O'Sullivan critical of Shane Walsh's transfer to Kilmacud Crokes
1 week ago
Mayo star scores an outrageous total of 1-17 in Chicago championship game
1 week ago
The GAA hasn't gone away you know - Some great games on TV this weekend
Next Page