"It's like comparing apples with oranges. It's not the same."

This was always going to happen. From the moment Andy Moran bumped into Maurice Deegan on Sunday in Mayo's League clash with Tyrone, comparisons were always going to be drawn Diarmuid Connolly's now infamous altercation with linesman Ciaran Branagan last year.

The Dublin forward received a 12 week ban for his indiscretion. It looks as if Andy Moran is set to get away scot free in comparison, with the black card he was issued with on the spot predicted to be the height of his punishment.

Dublin supporters have drawn comparisons with the two incidents, and have voiced their annoyance at the perceived injustice of their man compared to Moran. 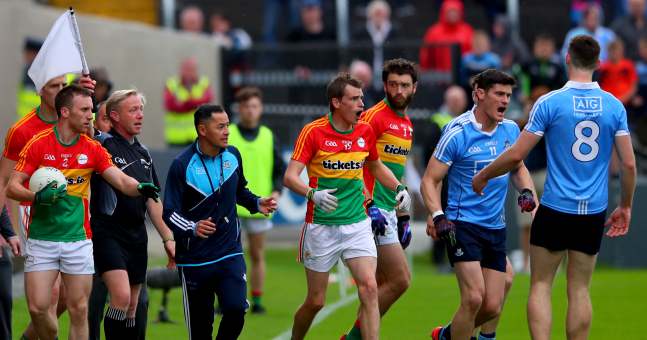 The topic came up for discussion on Monday's GAA Hour Football Show and Cian Ward and Wooly explained the difference between the two.

"The Andy Moran one was very interesting. Andy Moran did bump into the referee. The difference between Andy Moran and Connolly is that the ref dealt with Andy Moran and he didn't deal with Connolly," began Parkinson.

"Connolly got the huge media coverage because he has a history of getting sent off, he's a huge name for Dublin and he pushed the referee. Andy Moran has no history of this.

"He bumped into the referee, he got a black card and was sent off. They're not the same, it's like comparing apples with oranges. It's not the same. He got the black card for remonstrating or for verbal abuse of Maurice Deegan I'd imagine. 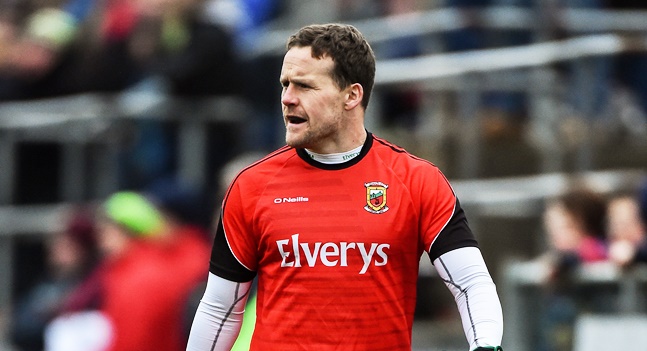 "If Andy Moran didn't get the black card, he could have no complaints about the three months. He was stupid with what he did."

So, Moran looks set to get away with it due to a slight loophole in the rule book which states that once referees deal with an issue on the field of play, there will be no further recourse.

"The Connolly thing was minimal but when you implement the rules it's a three month ban. With the Andy Moran thing, he definitely did bump the referee. If he's dealt with it at the time, I don't think there can be any further recourse by the CCCC," said Cian Ward.

Wooly feels this isn't fair and that this rule should be looked at, but in the meantime, Dublin fans will have to deal with it.

"That's where Dublin fans feel a little bit aggrieved, but I've never met anybody like these Dublin supporters before in my life. I've never met bigger whingers. These are fellas who's team have won five of the last seven All-Irelands. You would think that this impacted on them that much that they lost an All-Ireland.

"Dublin play all their games in Croke Park. The GAA fund them up to the eyeballs. Dublin are not persecuted against."

Cian, meanwhile feels that Andy is a lucky boy.

"My take on it is that Andy Moran is exceptionally lucky if he gets away with just a black card. He lost the head. He lost his discipline at the time. He was apologetic immediately afterwards because he knew he had done something really stupid. The fact of the matter is he did it, but I don't think anything can be done with it now," he said.

You can listen to this chat and much more from Tuesday's GAA Hour Football Show right here.

popular
How many of the 49 Premier League clubs can you name?
The SportsJOE 12 o'clock quiz | Day 115
SportsJOE 2000s Football Quiz | Round 10
QUIZ: See if you can identify these retro football kit sponsors
Can you name every English football league club that begins with 'S'?
QUIZ: Can you name the first professional teams of these footballers?
Jack Charlton's role in getting Roy Keane to Manchester United has been revealed
You may also like
1 month ago
Seven-time All-Star Goldrick using time off to strengthen and improve
3 months ago
No fear of McCarthy losing a lifetime of fitness
3 months ago
"Sometimes sport can overwhelm you, it was time for him to take a deep breath"
3 months ago
Dublin hurler Mick Carton back on the mend after winning another battle
3 months ago
"I'd spent hours and hours honing my left foot with my dad when we were young"
3 months ago
April club month a goner as virus threat causes longer delays
Next Page