No manager can change the fact that players want games

You'd need the two hands out if you wanted to count the number of inter-county managers who have an axe and want to grind it.

John Maughan wanted a five-week run-in. Enda McGinley isn't happy with the four. The chartered physio Joey Boland says that, in an ideal world, inter-county teams would have had eight weeks to prepare themselves for the national league.

Thankfully, the proposed split season, due to come into effect in 2022, will at least begin to leave this elitist outlook in the past. But this is 2021 and you can't help but get the impression that, a law unto themselves, some inter-county managers have never heard of a thing called club GAA.

END_OF_DOCUMENT_TOKEN_TO_BE_REPLACED

Because no matter what way you look at it, for a county manager to be complaining about a lack of training time for a League that, in hurling's case anyway, doesn't even have a final and will be seen as nothing more than a dry-run before the championship, is a real sickener for club players who at this stage would sell their summer for a few competitive games.

Well done to all in HQ basically telling 97% of our players we don’t really care about you. Disgrace @officialgaa

Yes, it's unfortunate that inter-county GAA lost its elite status, a blow which turned the clock against us in the first place but the bottom line still remains that club players will bear the brunt of it more than anyone else, most of them not looking at championship action until September.

Leaving the cheek to one side, the logic doesn't stack up either. On the face of it, yes, four weeks is a short lead-in for an inter-county competition but if you scratch the surface even one little bit you will realise that county players, by their very nature, are elite athletes. Does anyone honestly believe that they've been lazing around the place, piling on the pounds and priming themselves for an injury in the last few weeks and months?

Not a fear of it and even if they were so inclined, any S and C coach worth their salt would have them badgered to the extent that they've been doing sprints and getting the gym work in over a period of time when, on top of everything else, other than exercise, we have literally had nothing else to do. The sudden lift in intensity might lead to injuries here and there but even at the best of times, injuries happen, they are a part and parcel of the game.

So you can wrap them in cotton wool, you can speak on their behalf and you can buy time and you can get the excuses in early, but nothing will change the fact that players want to play games. 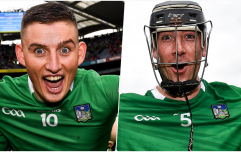 END_OF_DOCUMENT_TOKEN_TO_BE_REPLACED

On that front, there is no distinction between county and club players with both Sean Finn of Limerick and Diarmuid O'Keeffe of Wexford insisting at the launch of the Allianz Hurling League, not only that they have no problems with the three week lead-in, but that the games can't come quick enough for them.

"The days of the four-month pre-season," says Finn, "I don’t think there’s a place for it anymore."

"To get fit, I think six weeks is plenty long enough if you apply yourself right. Of course there’s going to be exceptions if some lad is prone to putting on weight and stuff over the couple of months but you can tailor programmes. There’s S and C coaches who can do that to fit their need. But for the modern player, I think four to six weeks is plenty. I’m happy with the lead in to the league.

"The nature of lads, they would have gradually done their own bit the last number of weeks. To feel good, do a bit of exercise. You can do all the drills and stuff but there’s no real replication for games. We’re really privileged to get out playing games. We can’t wait to get out and play games." 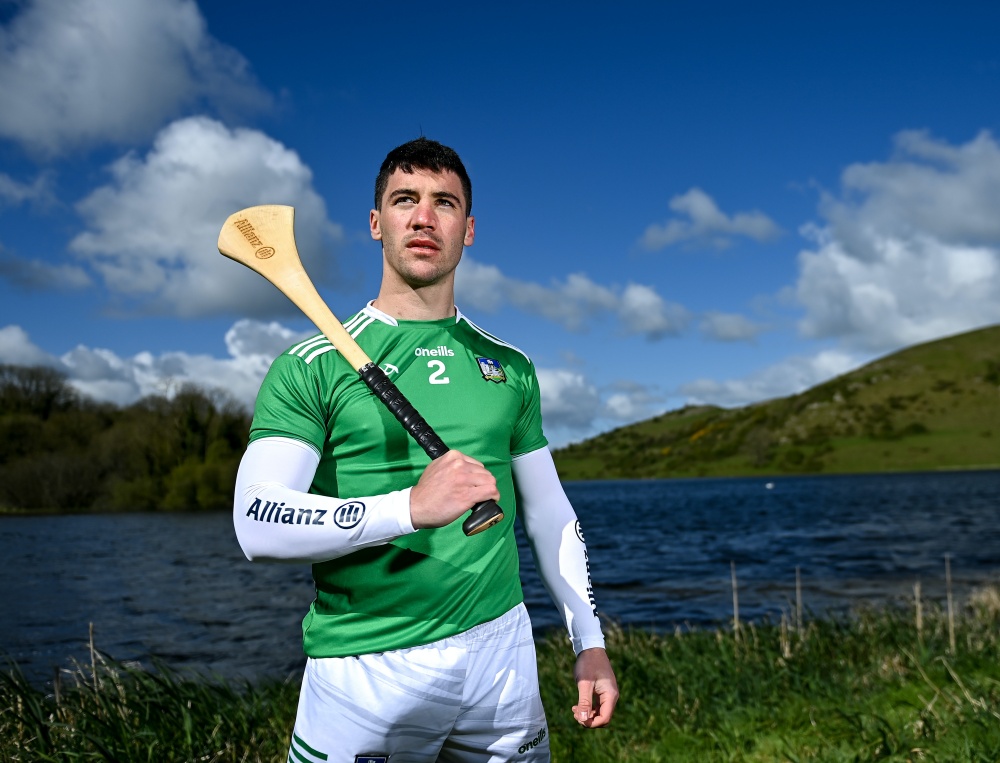 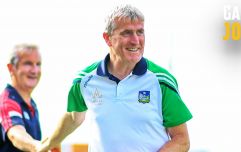 END_OF_DOCUMENT_TOKEN_TO_BE_REPLACED

While wary of niggly injuries, O'Keeffe bangs the same drum and you can see by the buzz in his eyes that this is a man who can't wait for this weekend, when Wexford kick off their National Hurling League campaign.

"Before the GPA came out to the players and asked what were their opinions, did they want three weeks or four weeks? My personal opinion was I was eager to get going sooner rather than later. I think the ratio of training to matches as it is, is nearly too much. The fact that you're trying to keep your body tipping over during January, February, March."

"I think we were doing enough training on ourselves, I was just eager to get going and playing matches but on the contrary to that, you're going from, and we've seen it in Wexford as a result, training on your own non-contact stuff back into full contact and training hard, twisting and turning. You do tend to pick up niggly injuries as a result. Me personally I'm okay but there are a few lads in the squad that have picked up injuries as a result."

Those days are gone, of wintering well and returning out of shape.

"The game is gone to that now even of a normal year before pre-season, you were actually doing a pre pre-season. Especially with Davy Fitz anyhow because you were coming back into it and you were going to be put to the pin of your collar straight away so you had to keep your body ticking over. But look as I said the challenge is then, when you're trying to manage it so that when you do get back into training, you're at a pace where you can actually come into training and still be okay to do that contact stuff.

"Every GAA player, you're in a team environment for so long, all of your life since you were a young lad, now you're coming in and were training the last few months on your own. It's almost like a boxer in some ways, it's you on your own, you're trying to push yourself by yourself, you don't have anyone else digging in and getting your shoulder behind the wheel as well. There are different bits and pieces that were different but look sure it's just great to get back," O'Keeffe adds.

He could say that again. 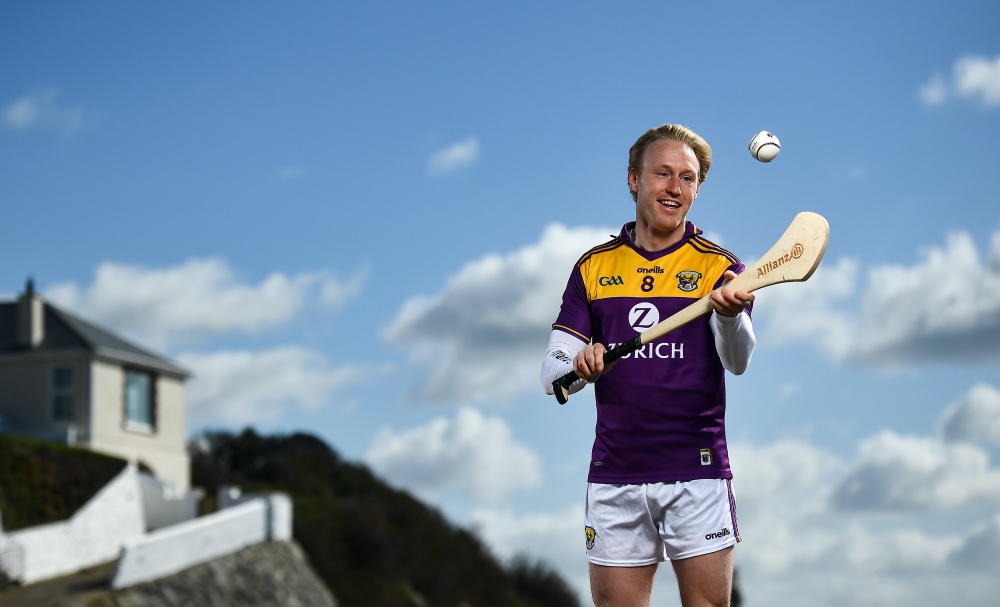 4 May 2021; The long-awaited return of inter-county hurling takes place on May 8th with the commencement of the Allianz Hurling Leagues. Over 70 games will take place across the four divisions in an action packed seven-week festival of hurling. This campaign also marks the 29th year of Allianz’ partnership with the GAA as sponsor of the Allianz Leagues, making it one of the longest-running sponsorships in Irish sport. In attendance at the Allianz Hurling Leagues 2021 launch is Seán Finn of Limerick at Lough Gur and Diarmuid O'Keeffe at Kilmore Quay in Wexford. Photo by Brendan Moran/Sportsfile
Advertisement


popular
Rob Kearney on defying union "bigwig" that told him he'd never play GAA again
How one text message a teammate sent Kieran McGeary proves that Tyrone's success was a team effort
Kieran McGeary on his relationship with Mickey Harte and his role in Tyrone's success this year
The scenes in Newbridge as the biggest hit and hope ever knocks Moorefield out
"I just knew that Karen was going to be there with us... I absolutely adored her" - Maeve Kelly
"Mayo have been back and back and back all the time. That's some resilience, to do that." - McGeary bats for Mayo
When Liam Brady lit into Brian Clough for his dismissive Mick McCarthy comments
You may also like
4 weeks ago
"He might have got injured, but he'll be a delighted man now." - Casey's hips don't lie
4 weeks ago
"You don't want to see that ever on the field again" - Colm Parkinson on Cian Lynch incident
4 weeks ago
Horgan misses out on The Sunday Game's Team of the Year
4 weeks ago
GAA JOE All-Star hurling team
4 weeks ago
"Just to clarify, I'm from Adare" - Hannon corrects the president before Hogan Stand speech
1 month ago
Flanagan a chip off the old black
Next Page