"He had no interest in the trappings of success, he just wanted to achieve it"

So you’ve watched a Year 'Til Sunday and your mind is opened.

Revitalised. If only you'd known the half of what you'd been missing out on.

Perhaps to admit this, as a sports journalist, is to risk being lynched for lacking job suitability, but there was a time when Galway football did nothing for you, a neutral, motionless, blind spot in the mind.

Until now. Now, the mind jumps at its very mention, now you can relate when the more senior comrades talk about the good old days with such smiles on their faces because now, now you're smiling too.

You’ve been inside the dressing room with O’Mahony and the boys; the boys of ‘98. Been introduced to the rolls royce of exhilarating Gaelic football teams, and to be honest, you just can’t get enough.

Well thank God for looking back. 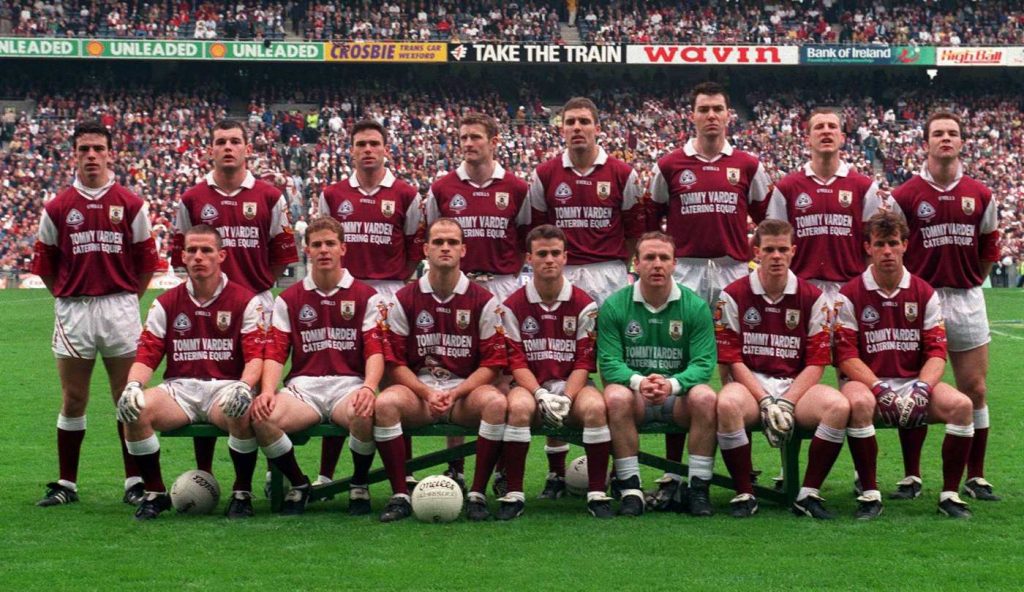 An amazing time, a sensational team but still, in reality it is all about one man.

There's something so impressive about the brilliant passers and the powerful fetchers who can change a game with one monumental intervention, and in Divilly, Joyce, Walsh and co. Galway had their fair share of match-winners. But when you've grown up dreaming of burning defenders on pure legs, there ain't nothing that electrifies quite like unforgiving pace.

END_OF_DOCUMENT_TOKEN_TO_BE_REPLACED

The most magical thing about Michael Donnellan is that he could do something on the pitch, with a style that no other player could or can. In a blaze of coltish fury, he'd sprint all over as many footballers as came to meet him, and all he needed was the break of a ball.

"We talk about the game of inches, but in the case of some of the interventions he made, it was the game of millimetres," says John O'Mahony, looking back fondly on the player he coached and nurtured through his finest years. 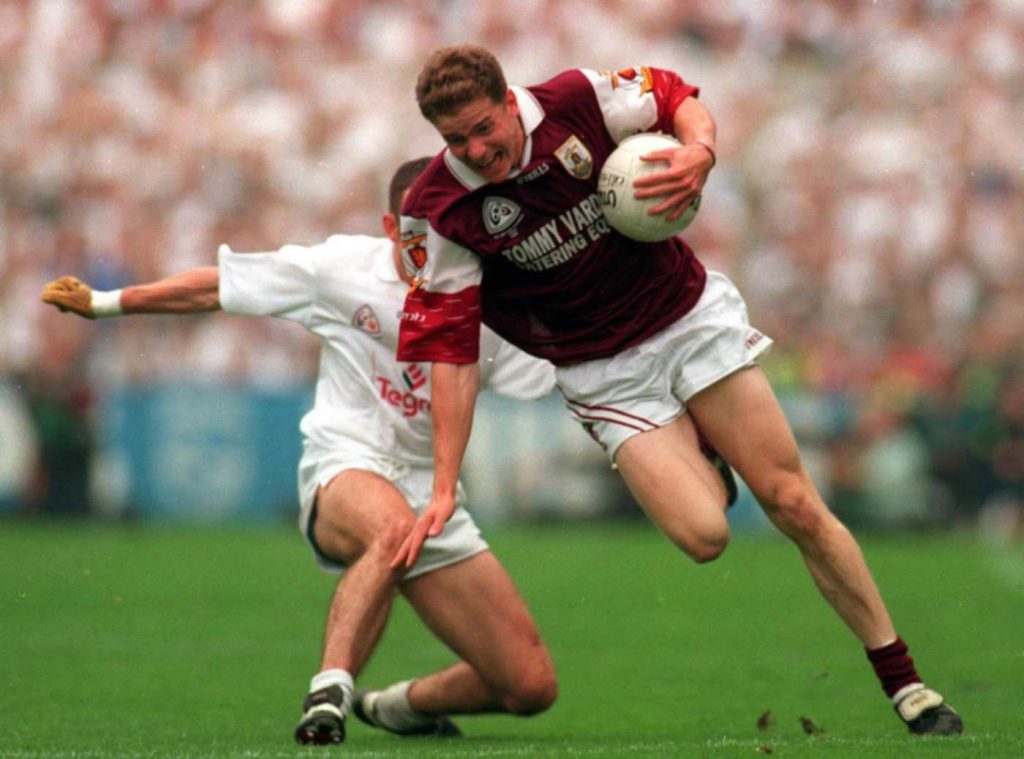 "It was such a joy to behold really, Michael was a one-in-a-million type player, a treasure."

That those millimetres so often broke the Dunmore man's way, was no coincidence according to O'Mahony who says that Donnellan was one of the most driven players he'd ever come across.

"Apart from our own collective training, he was always pushing out the limits." 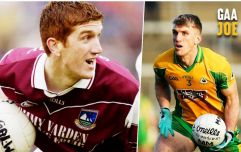 END_OF_DOCUMENT_TOKEN_TO_BE_REPLACED

"He was a leader, a winner, a fierce competitor. The pitch was his oyster really. In the training sessions leading up to those big games, he was unbelievable with the times that he could come up with in the sprints we did, and that allowed him to range the whole field when he was playing.

"But the thing about Michael was that he still played within the team structure which was a difficult thing to do. He was the ultimate team player and it was his telepathy with teammates that you'd have to admire most. His work-rate was phenomenal, he just didn't know the boundaries of pulling back at any stage and the bigger the game, the more inspired he became..."

It wasn't the accolades though, it was the unique, incomparable style⚡️

The memories come flooding back. O'Mahony tells a few stories.

"He was a manager's dream in a sense in that he never gave interviews. They'd have been all looking for him and I'd have said to him you're welcome to do a piece but he had no interest in the trappings of success. He just wanted to achieve it...He would have a great story to tell about his inner motivation because as a manager, often you need to cajole and use stick and carrot, but you just didn't need to do that with Michael Donnellan..."

The mystery only added to the intrigue. Not many had been taken inside the mind, and silence can be a great fuel for speculation.

"At times, I would say he was misunderstood...Michael's only aim was to win," says O'Mahony. 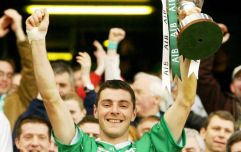 END_OF_DOCUMENT_TOKEN_TO_BE_REPLACED

"Sometimes, he would show his frustration on the field in that sense. It was frustration for the right reasons though, because he it wasn't happening as it should have been happening or...he wanted it to be the perfection at all times."

But this image of a tempestuous, moody player was altogether wrong. A low tolerance for mediocrity maybe, but that's only because he was giving it his all.

"That's why he was such a huge loss to the inter-county game in 2006, he was only 28 at the time like. I remember he got a lot of attention, he had so many injuries. I remember after the 2000 final, he had a knee injury, a groin injury. He tried to come back too soon, he was training so hard, too hard. Effectively he got the operation for the osteo-pubis, and we sent him over to London, it never really, that pace that we talked about...the mind knew where he wanted to be but the body just couldn't take him and that frustrated him..."

"I remember there were days we didn't play him because of those injuries, and he'd be up togged out in the middle of the subs roaring the lads on, this is Michael Donnellan the supporter at that stage..."

That was the real Michael Donnellan, short and sharp, but with a heart of competitive gold.

"As a coach, he was brilliant because he challenged every tactic, challenged in a good sense...he wanted to see the purpose of every tactic you were using. He would do that in a very short sentence," O'Mahony laughs..."In team discussions, I remember clearly, if someone says 'well why didn't you give me that ball?' He'd put it clearly, well if you're free, you'll get it, if you're not, you won't..."

"He was a treasure."

"We all met up at the 20 year celebration, there was some great reminiscing that day. He was best man at Joe Bergin's wedding as well, that was the best thing about that group of players that they were so close...there's a bond there that will be unbroken for anyone that was involved in those days..."

By blitzing '98, Donnellan set out a fair stall but he backed it up with many more breath-taking moments down through the years and another stellar All-Ireland winning season in '01.

His crowning glory came in '06, when named man-of-the-match for his adopted club Salthill Knocknacarra in the All-Ireland final. Though injuries did eventually curtail the manic magic, Michael Donnellan's gift to the game was his whirlwind and that it left before we were ready, shouldn't surprise nor sadden. 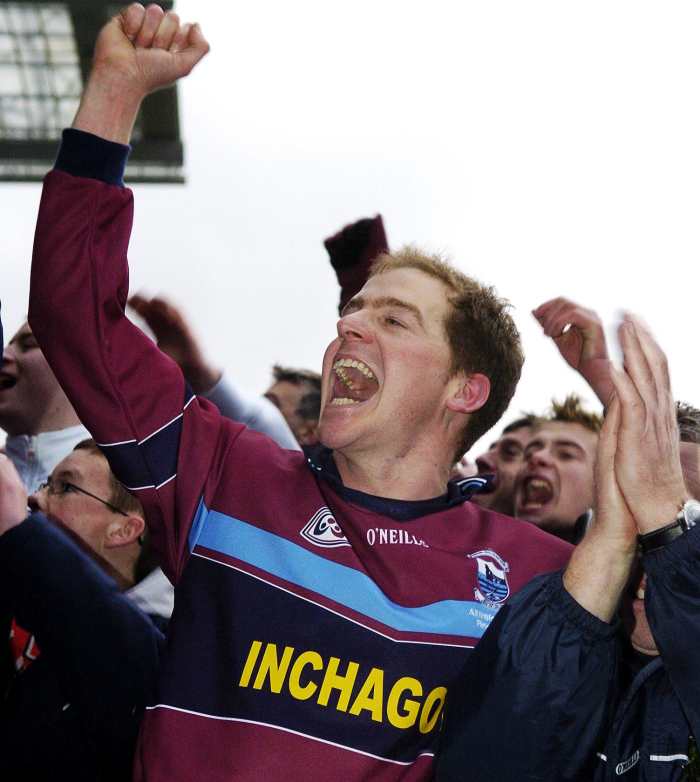 On that note, let's drink it in one more time.

"Like an express train"...here's THAT Michael Donnellan goal for @TribesmenGAA from the 2002 All-Ireland QF ahead of this weekend's clash! pic.twitter.com/jLrmJiENZk


popular
How many of the 49 Premier League clubs can you name?
The SportsJOE 12 o'clock quiz | Day 115
SportsJOE 2000s Football Quiz | Round 10
Can you name every English football league club that begins with 'S'?
QUIZ: See if you can identify these retro football kit sponsors
QUIZ: Can you name the first professional teams of these footballers?
Jack Charlton's role in getting Roy Keane to Manchester United has been revealed