Mayo's first league game of 2019 pits them against Roscommon

But which dug-out will Kevin McStay be in?

Mayo are currently without a manager or management team, but they now have a game to circle on the calendar and aim for.

The men's 2018 inter-county season wrapped up on Sunday with Dublin's All-Ireland final win over Tyrone. Behind the scenes, GAA officials were already hard at work trying to shape the calendar for 2019.

END_OF_DOCUMENT_TOKEN_TO_BE_REPLACED

The association was hit with a fixtures glut, earlier this year, when bad weather and vows to keep 'April for Clubs' bit hard.

The plan for the 2019 Allianz Football League is for the games to take place from Saturday, January 26 until Sunday, March 24 with the finals taking place on the March 30-31 weekend. 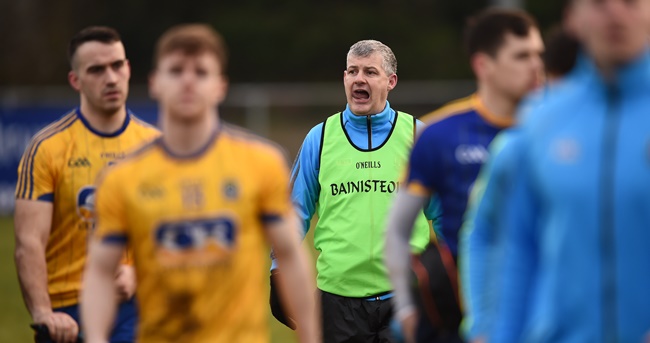 A provisional draft of the fixtures has been viewed by the Irish Independent's Colm Keys, who notes they 'are not finalised and have been distributed as part of a consultation process'.

END_OF_DOCUMENT_TOKEN_TO_BE_REPLACED

The opening round of the Allianz Football League's Division 1 has thrown up a number of tasty clashes.

Mayo and Roscommon will get the division underway with a 7pm throw-in at MacHale Park on Saturday, January 26. Mayo are on the look-out for a new manager after parting ways with Stephen Rochford following their championship exit before the Super 8s stage.

Rossies boss Kevin McStay is one of the favourites for a return to his home county. He represented Mayo in the 1980s and led the Mayo U21s to a Connacht title in 2001. He has been with Roscommon since 2015 and led them to the Connacht SFC title in 2017, as well as getting them promoted to Division 1 earlier this year.

Elsewhere on the opening weekend, Kerry host beaten All-Ireland finalists Tyrone at 2pm on Sunday, January 27. Cavan travel to Galway and All-Ireland champions Dublin are on the road to Monaghan.

The fixtures should be officially confirmed in the coming weeks. You can view the full, provisional fixture list here.


popular
Sean Dyche set to be named Everton manager after Marcelo Bielsa talks break down
Roy Keane flatly rejects longstanding perception of ex-Man United midfielder Paul Ince
Allianz National Football League Round 1: All the action and talking points
Conor McGregor hit by car ‘at full speed’ while cycling
Roy Keane leaves ITV pundits in stitches after Pep Guardiola's pre-match interview
Quiz: Identify these 15 football clubs that are not named after a place
Study shows rugby positions you are most/least likely to be injured playing
You may also like
2 weeks ago
"That fecker, again?!" - A Dubliner's perspective of going up against Lee Keegan
2 weeks ago
"I was like 'Jesus, I've no hope of getting into the team now.'" - 2017 A vs B game was Keegan to an absolute tee
1 month ago
"We’re better people in our house because of her" - Mayo's All-Star Danielle Caldwell continues to be inspired by sister
2 months ago
"I wasn't having the worst time of my life... I just wasn't happy." - O'Hora and Keegan discuss mental health struggles
3 months ago
Late Damian Casey named on Ring, Rackard and Meagher Team of the year for fourth successive year
3 months ago
GAA JOE Team of the weekend
Next Page