Dublin racking up another gargantuan win on their way to a sixth successive All-Ireland final may have drained the sense of anticipation for that December 19 event, but Mayo lifted many hopes less than 24 hours later.

In scoring 2-15, 1-16 and 0-14 on their way to the Senior Football Championship semis, Mayo were merely hinting at what they were capable of. Faced with a Tipperary sides determined not to die wondering, James Horan's side let the handbrake off early and free-wheeled to a whopping victory.

It was end-to-end stuff and a fog-shrouded Croke Park on Sunday as Mayo and Tipp went punch for punch. That was until Tipperary's punches started missing and Mayo's kept landing, and with devastating effect. 4-12 to 1-5 at the break and another 1-8 heaped onto their scoreline by the time David Gough called an end to the carnage. 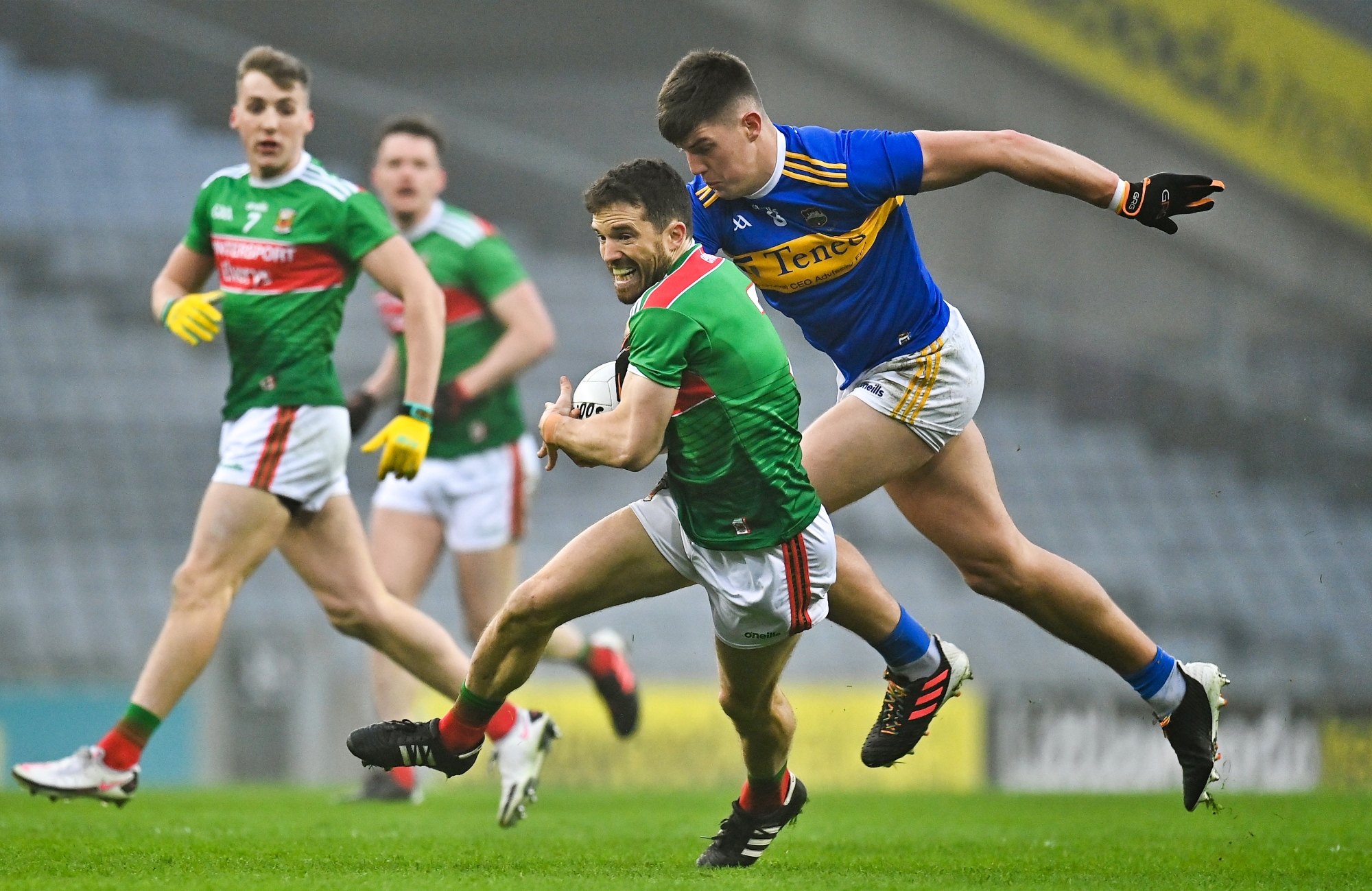 Chris Barrett of Mayo in action against Steven O'Brien of Tipperary. (Photo by Harry Murphy/Sportsfile)

On The GAA Hour, former Meath forward Cian Ward remarked that the amount of goal chances Tipperary were able to create - despite Mayo winning by 13 points - would have to be 'a significant concern' for Horan and his coaching staff.

The Connacht champions are going into battle with their old rivals Dublin - a side that have had their number over the past decade and one that has scored 6-90 in their four-game run to the final. For Colm Parkinson and Conan Doherty, though, they see exciting potential in the 'heavy metal football' game-plan Mayo could bring to bear against the champions.

It is a phrase Parkinson has touched on before, with regards to the men from the West. Similar to Jurgen Klopp's Liverpool, Mayo are pressing with an unfettered intensity and corralling teams into traps, and forcing them to play in parts of the pitch they want them to play.

"The Mayo press now," Parkinson began, "you're looking at Lee Keegan and Chris Barrett inside the square on Michael Quinlivan and Conor Sweeney and nobody anywhere near. I know we criticised them in the league game, into the wind, against Tyrone, but this is what you get. No-one inside the 45 covering these two lads. There's an ocean of space to be kicked in front of them, if they want.

"And the reason Mayo don't drop anyone in back in front of those two lads is that they don't want anyone messing up their press. And their press is aggressive - every man has a man. I remember, at one stage, Diarmuid O'Connor was trying to drop back into a cover position and he was being lynched, on the sideline, to get up and pick up a man. This is what they're about.

"The amount of times someone from Tipperary was on the ball, and he might not be getting tackled but there is a guy in front of him. And he scans the field, and there is no man free. Mayo play that - to compare it to Liverpool under Klopp - that heavy metal football. It's all-out attack, and I love that philosophy." 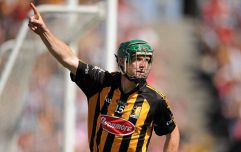 END_OF_DOCUMENT_TOKEN_TO_BE_REPLACED

Under Horan, Mayo have been gearing up for one hell of a go in the All-Ireland final. When the revised, truncated draw was made, they would have known it would be Connacht vs. Munster champs in the semis. They would have put a lot of their chips on Kerry being their last four foes.

To beat Kerry and to beat Dublin, that aggressive press is needed. Scoring heavily is the required too.

Back in 2018, Donegal captain Michael Murphy declared the only way any team has a chance against the Dubs is to score at least 20 points against them.

To accumulate, you have to speculate.

Mayo feel they have the answer to All-Ireland success. Now it's about keeping the faith, taking risks and making Dublin question themselves.

You can listen to Monday's GAA Hour with Colm Parkinson, Cian Ward and Conan Doherty.


popular
Conor McGregor bought out of Proper 12 whiskey company
Leinster reach PRO14 Final but Ulster have every right to feel aggrieved
The SportsJOE 12 o'clock quiz | Day 312
"I'm sorry" - New bantamweight champ in tears as UFC history is made
Sean O'Brien's parting gesture won't soon be forgotten by Scott Penny
Longford leaving cert schools Europe's finest with measured masterclass
QUIZ: How well do you remember the 2010 World Cup?
You may also like
1 day ago
Granit Xhaka reaches point of self parody with hilarious gaffe for Burnley goal
1 day ago
Zlatan Ibrahimović to make sensational return to Sweden squad aged 39
1 day ago
Best XIs for North vs South Premier League All-Star match
1 day ago
QUIZ: Can you name every starter from the 2005 Champions League final?
2 days ago
Matt Ritchie apologises to Steve Bruce for bust-up in training
3 days ago
Steven Gerrard could miss Rangers' title winning game after red card
Next Page