"It was 2004 that you were absolutely off the charts."

15 years ago, Westmeath were Leinster champions [Dublin knocked out in the quarters], Tyrone were looking to retain the Sam Maguire, Colm Cooper and Tomás O Sé were in peak form and Mayo were looking good for ending their All-Ireland drought.

END_OF_DOCUMENT_TOKEN_TO_BE_REPLACED

In the middle of that championship summer, Mattie Forde was on one hell of a scoring streak.

On a recent episode of The GAA Hour, Forde recalled that golden summer and offered an insight to what goes through a GAA players mind when he feels simply unstoppable. 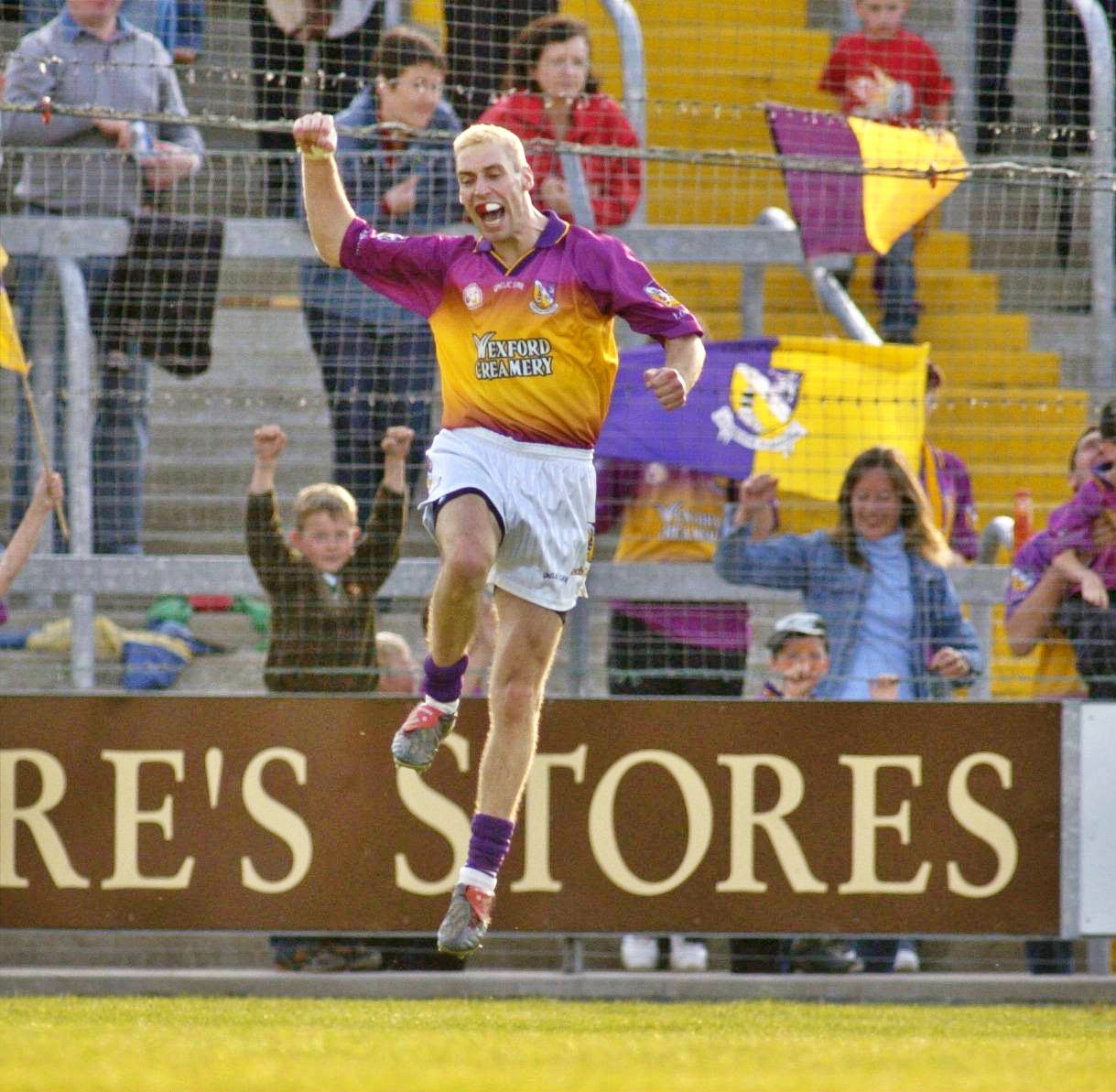 Forde celebrates his second goal against Offaly in the SFC Qualifier, Round 2 match at Wexford Park. (Credit; Matt Browne/SPORTSFILE)

"You scored 4-5 in a league game against Galway," host Colm Parkinson exclaimed. "4-5. My God! And Galway were no eejits at the time.

"In the entire league, that season, you scored 8-36 and 7-19 of it was from play. These are almost career stats from me!

Forde retired from the Wexford senior team in 2011 and though he turned out for their Juniors in 2016, his scoring boots are now hung up. Still, that did not prevent him from the standard GAA response to his personal success.

"The team player very well that year," he began. "We got to the Leinster championship semi-final and I think it was one of the first years the team ever won in the qualifiers.

"It was one of those years where you just get on a roll and the team is playing well. I've always said that I had a lot of decent fellas around me for Wexford, that year, and for most of the time I played there."

Forde, who won the Gaelic Players Association award for Footballer of the Year in 2004, went on to blow Parkinson's mind further about how many full games he played when getting that return of 11-74 (107 points). 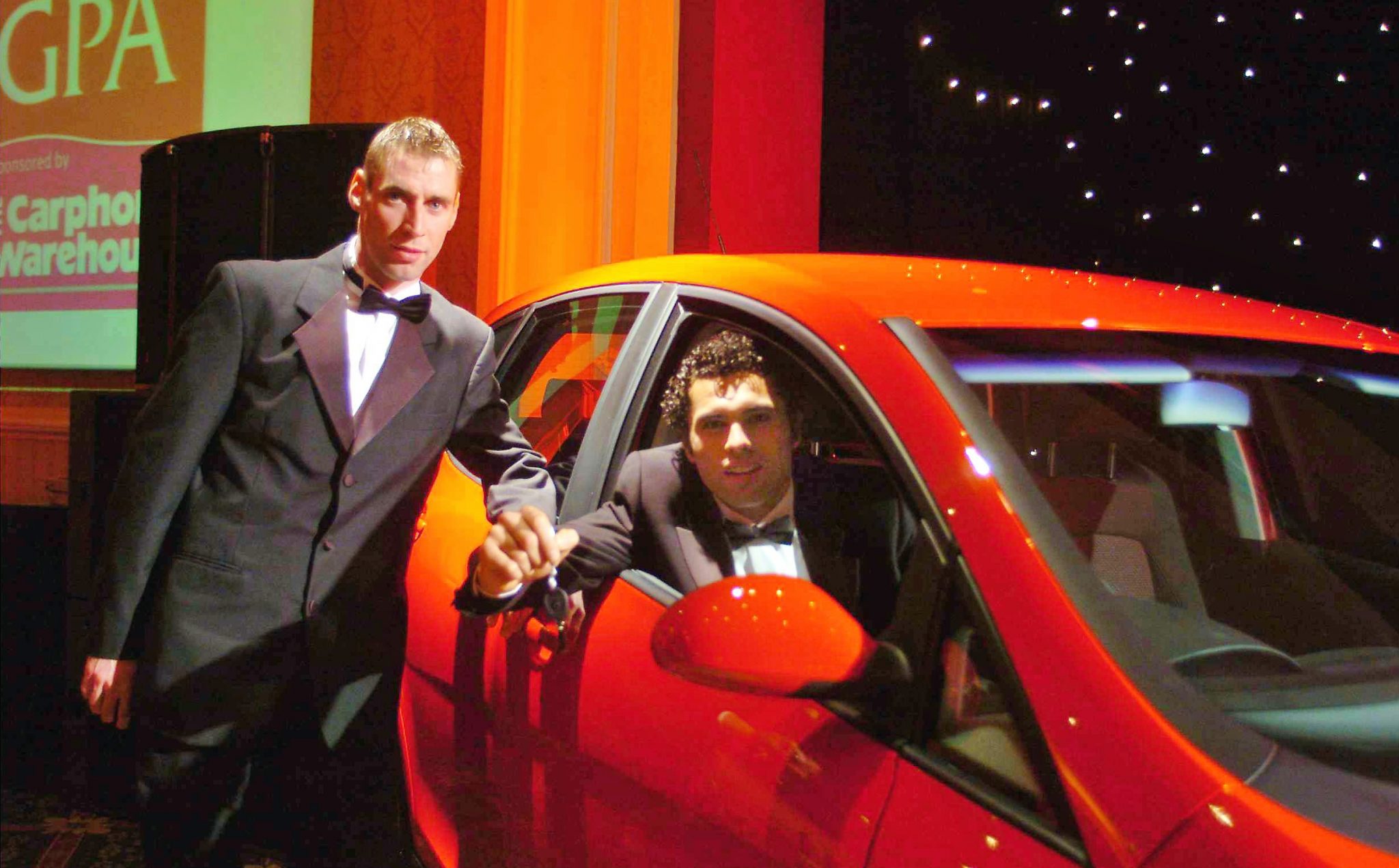 Forde and Sean Og O'hAilpin (Cork) with the Seat Altea cars they took home after their respective Football and Hurling Player of the Year awards. (Credit: Pat Murphy/SPORTSFILE)

"I actually missed the first league game [a 1-6 to 0-8 loss to Armagh] that year. It possibly could have been a bit higher only I missed that game.

"We played Galway in Tuam, I remember, and anyone that has ever played football in Galway - winter or summer - will tell you it is more than likely lashing rain and probably a gale of wind. It was that day.

"We played with [the wind] in the first half and the first three goals, more or less, came together near the end of that half. We played into a very strong wind in the second half and I only scored about 1-2. At that stage of the game, we had the game pretty much won so they took me off.

"You don't slag [former Wexford boss] Pat Roche but I remember saying to him, later, 'You shouldn't have taken me off with 10 minutes to go; I might have scored another one!'"

Forde, to the best of his recollection, believes he never bettered 4-5 [his tally against Galway that day] for his club but there were a couple of 2-10 returns and 0-13 in a county final.


popular
Predicting the 31 biggest knock-out championship games around Ireland this weekend
Shane Lowry on his Tuesday duels with Rory McIlroy at The Bear's Club
QUIZ: Can you name the sponsors of all 32 of these old county jerseys?
Roy Keane linked with Championship job to replace ex-teammate
Two Man United players led a furious half-time inquest into Manchester derby performance
"I think Wexford football is in trouble if something is not changed" - Banville criticises Wexford lay-out
"This is the darkest day for English rugby... the ship has sunk" - End of the road for Worcester Warriors
You may also like
2 months ago
Finian Hanley take on contentious Kerry free may settle some Galway arguments
2 months ago
Darran O'Sullivan on the post-match gesture that shows what Jack O'Connor means to Kerry
2 months ago
JJ Delaney on how Brian Cody kept him grounded after Hurler of the Year honour
2 months ago
"We were known as stab city, the butt of everything. Of all the things JP has done, he has made everyone so proud to be from Limerick"
2 months ago
McCarthy still harder than a brick wall
2 months ago
"He was getting a bit disillusioned" - How Damien Comer rediscovered his fire
Next Page