Sacrificed jobs, the importance of Tinder and ironing out the inconsistencies - Longford boss on changing times

When Denis Connerton took over as manager more than three years ago, his main task was to bring stability back to the county. On the back of successive relegations that left them lying low in Division Four, he would have a fair job ahead of him, but fast forward a couple of years and things haven't stayed too far off course.

Connerton's men went out and defeated Westmeath last weekend in a crucial Division Three clash and that result keeps their hopes of promotion to Division Two alive.

"Over the years we have been a bit of a yo-yo team," he said to Colm Parkinson on Monday's GAA Hour Football Show.

Keen to eradicate the inconsistencies that have dogged them in the past, the county are gunning for Fermangh this Sunday where they will hope to put solid displays back to back.

"If we had lost on Sunday, it was all over for us. We have a chance now. It's all about next Sunday, that big game against Fermanagh.

Indeed, putting two performances back to back has been a problem for the Slashers, not just in recent years, but historically also.

"It is there. It's something that we would have discussed in the past, the consistency of our performances. We're working on it this year. It's my third year with these guys.

"I don't know what the psyche is. It's something we talk about but it doesn't change too often.

Like all counties who are not Dublin, they've struggled in Leinster. The qualifiers is where these lads come into their own, as famous 2016 victories over Down and Monaghan suggest. Back in 2010, they stunned Mayo at that stage. 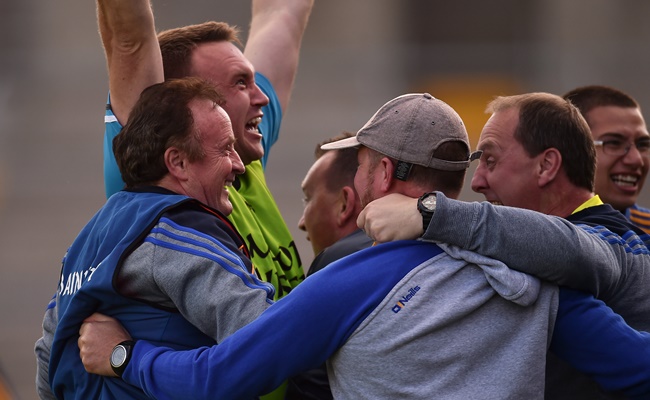 "Yeah, we find Leinster very difficult. Our record in Leinster is abysmal. We seem to be a different team in the qualifiers. Maybe it's the fact that they're on Saturday evenings. It just appeals to the lads, going to different venues that they're not normally in."

The Longford native has been in the management game for some time now. The commitment involved is only increasing year after year, he says, and it has even led to him sacrificing his day job as a teacher

"It's way more demanding now. Your backroom team is huge, there are a lot of resources there if you can fund it. That allows me to focus on other aspects as a manager.

"It occupies a good bit of my time, there's no point in saying it doesn't. I have more time to concentrate on football than what I had up to this, because I was awful busy as a principal in the school. You're caught between the two roles of being a principal and a teacher.

"For anybody trying to manage an inter-county team, and to work as well, it's one hell of a job," he said.

It's the exact same for the players, and Connerton wonders how they find time for their other halves, given the time consuming nature of life as an inter-county player.

Indeed, he worries even more for the players with no girlfriends, referencing the rare opportunities they have to go out on the town.

"They basically never get a weekend which they can call their own. They have girlfriends, they have wives, and if they haven't, they have to start looking for them. 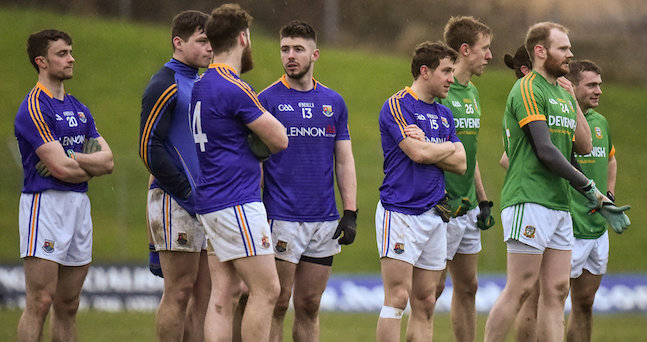 Wooly informed him of the Tinder craze that is currently sweeping the nation. It's ideal for players who don't have the time to get out on the town at the weekends.

"They're all on the Tinder now, you don't have to go out and socialise like you did back in my day when you had to go out to the pub to meet a girl. Now they're on their phones and they can do it from their couches."

Connerton agreed that it sounds a saviour for the swamped modern day player.

"I wouldn't be familiar with that, but I'll take your word for it," he laughed.

You can listen to the full, informing Connerton interview here, along with much more from Monday's GAA Hour Football Show.

popular
The SportsJOE 12 o'clock quiz | Day 144
"No doubt he'll say he played shit like he normally does, but I thought it was a good game."
SportsJOE 2000s Football Quiz | Round 12
Portumna prodigy streaks to eight shot Irish Boys win with bogey free round
There's a very simple reason why PSG have signed Maxim Choupo-Moting
The SportsJOE 12 o'clock quiz | Day 143
Brooks Koepka puts PGA Championship leaders on notice with final round comments
You may also like
1 year ago
Injury and the odd soccer regret, but Longford's finest is delighted to be back with her first love
1 year ago
"It seems very cruel on him" - America ruling very harsh on GAA players
1 year ago
"After training there’s tea and sandwiches, and that rotates around every family in the parish"
1 year ago
Dublin players getting county transfers and here's how they're qualifying for it
1 year ago
"It's all going up on the team WhatsApp, about Leo Vardadkar commenting on it there"
1 year ago
GAA team of the weekend
Next Page