"We had a bit of craic on the bus, on the way home from the Munster final alright."

Skills pay the bills, and mentally you need to be psychologically prepared to perform on the big stage and on the big days, but when it comes right down to the wire, you're relying on your conditioning and what's left in the tank.

Limerick went to hell and back to beat Clare in the most enthralling Munster Senior hurling final in years, as neither side took a backward step and extra time was needed to separate the two teams.

In the end, last year's Munster champions managed to defend their title and photos circulated quickly from the dressing rooms, showing the lads celebrating their hard-earned victory. 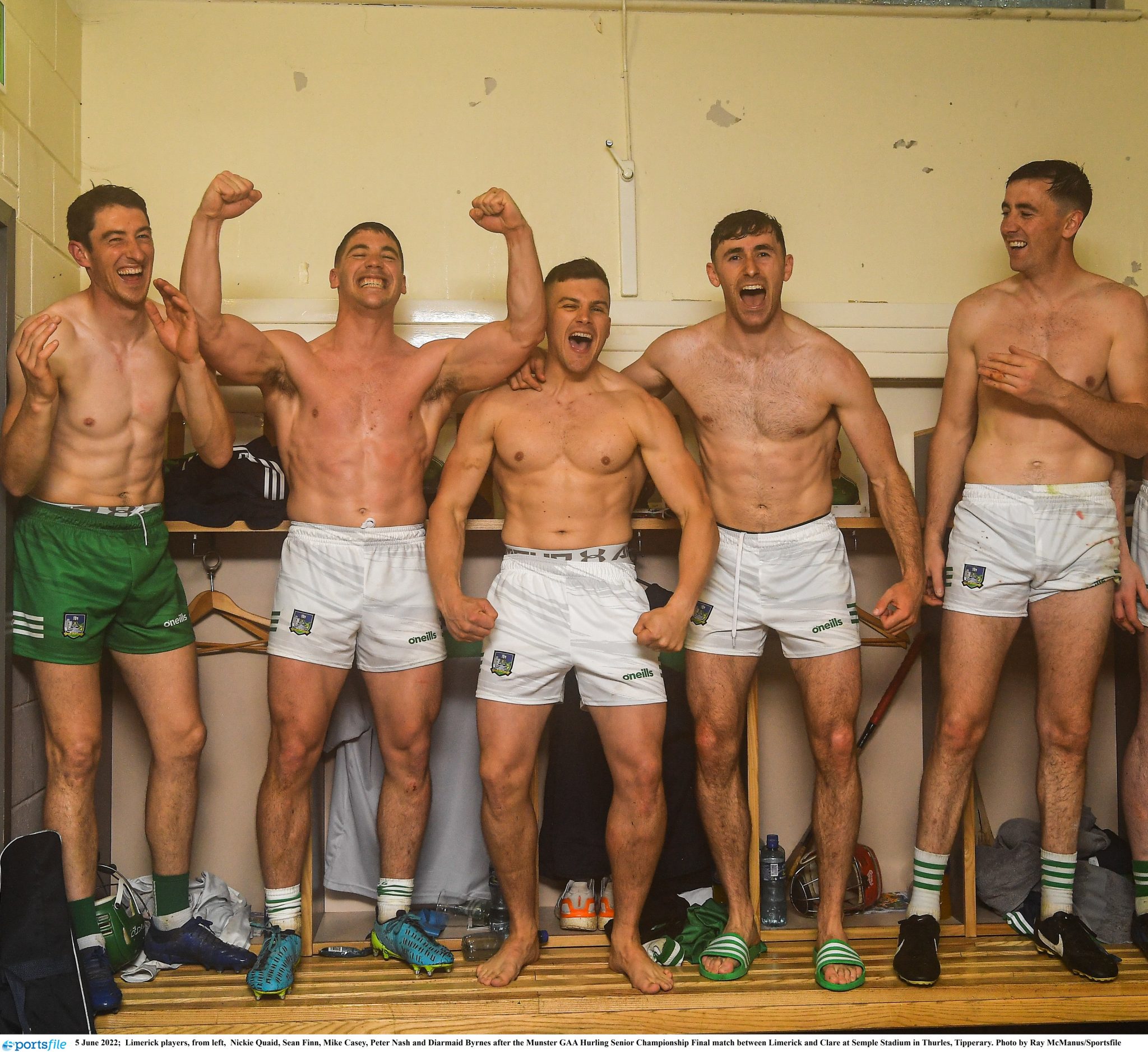 END_OF_DOCUMENT_TOKEN_TO_BE_REPLACED

One photo in particular however, managed to catch the eye of everyone and make men all over the country green with envy, as Nickie Quaid, Sean Finn, Mike Casey, Peter Nash and Diarmaid Byrnes flexed their muscles in front of the Mick Mackey cup.

Obviously everyone expected the lads to be in great condition, but the physiques that were on display were just on a different level, and even more impressive when you consider that everyone in the photo is technically only an amateur athlete.

Limerick star and 2020 Player of the Year Gearóid Hegarty was speaking at the launch of the Bord Gáis Energy County Pride campaign, and revealed that the lads didn't escape any slagging from their teammates following the release of the image. 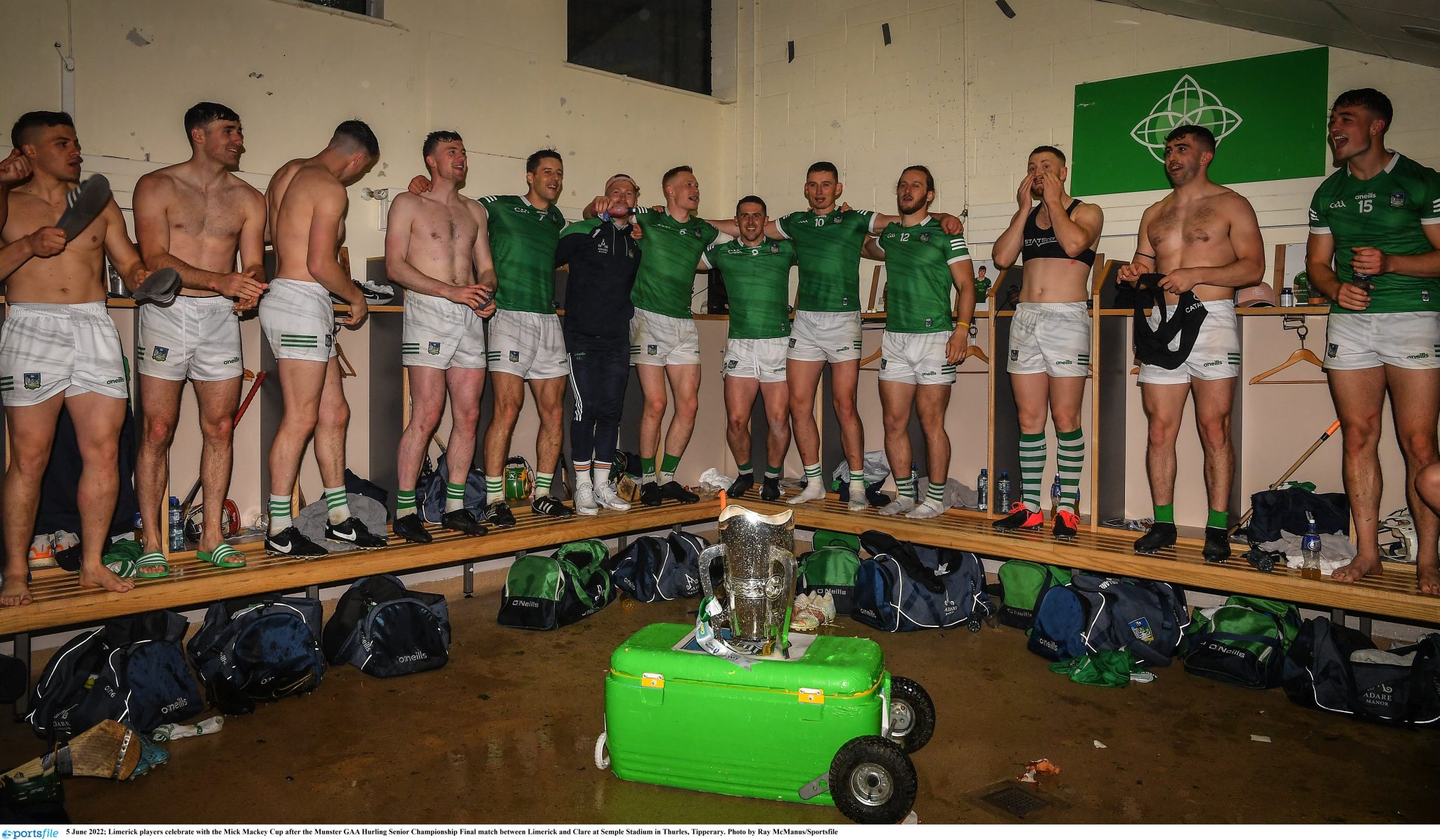 "We had a bit of craic on the bus, on the way home from the Munster final alright. The boys were (air quotes) 'devastated' that it went up on social media.

"Mike and Sean, they were inconsolable that it went up - they were 'disgusted' that there was a picture of them flexing," joked Hegarty.

"We had a bit of craic on the bus afterwards, but I suppose that comes back to all the hard work that we do in the gym; that is the shape and all of the hard work over the last few years to get into the position that we're in. 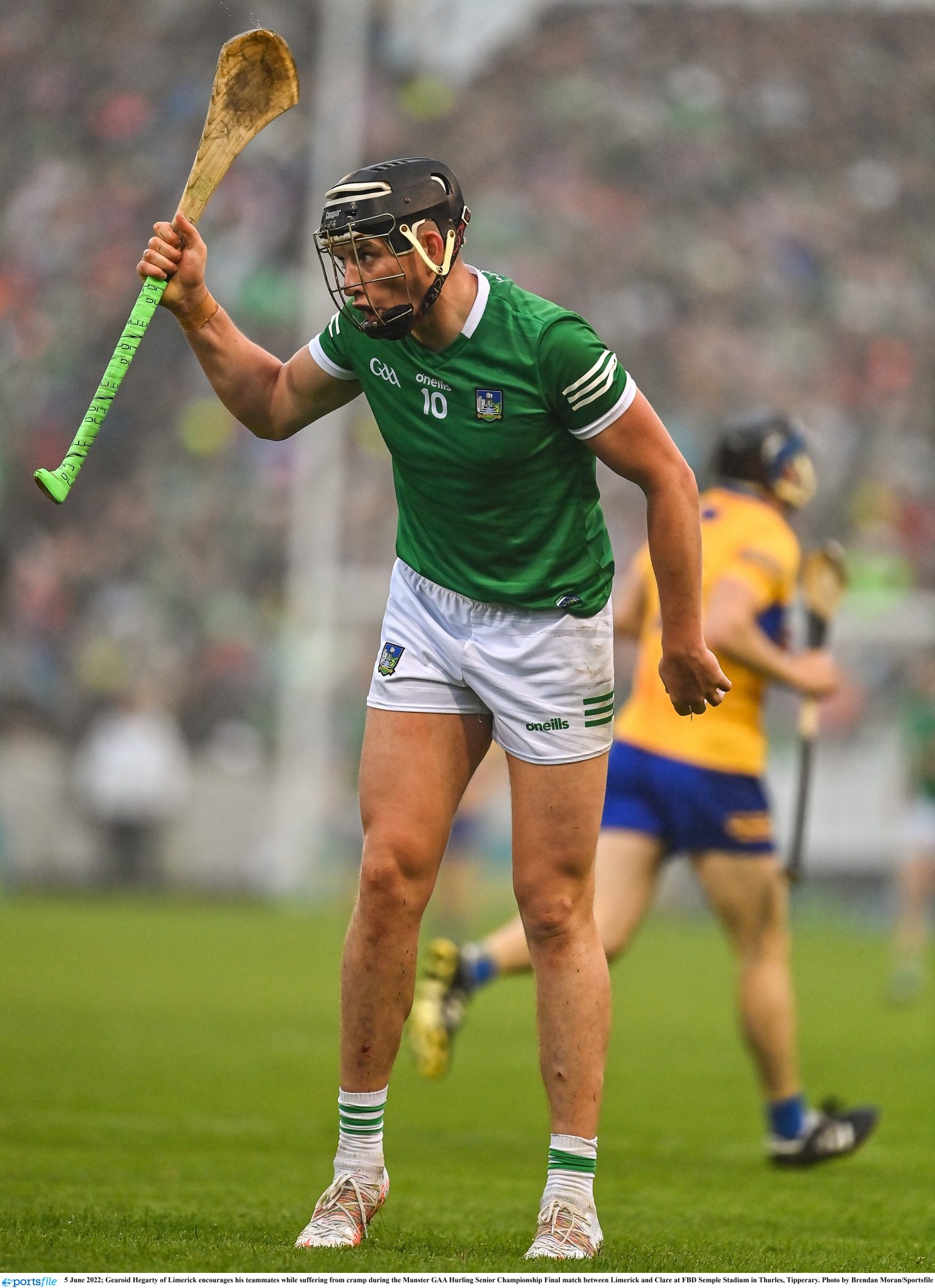 END_OF_DOCUMENT_TOKEN_TO_BE_REPLACED

"But as I said, the boys were 'disgusted' and I'm sure that they were pretty disappointed that the photo went up on social media."

To reiterate, Hegarty made it perfectly clear that the lads in question were probably happy enough to be praised on the viral stage for their impressive physiques.

The flying forward however, did go on to emphasise the importance of conditioning training and revealed that the secret to their physical attributes, is no secret at all. 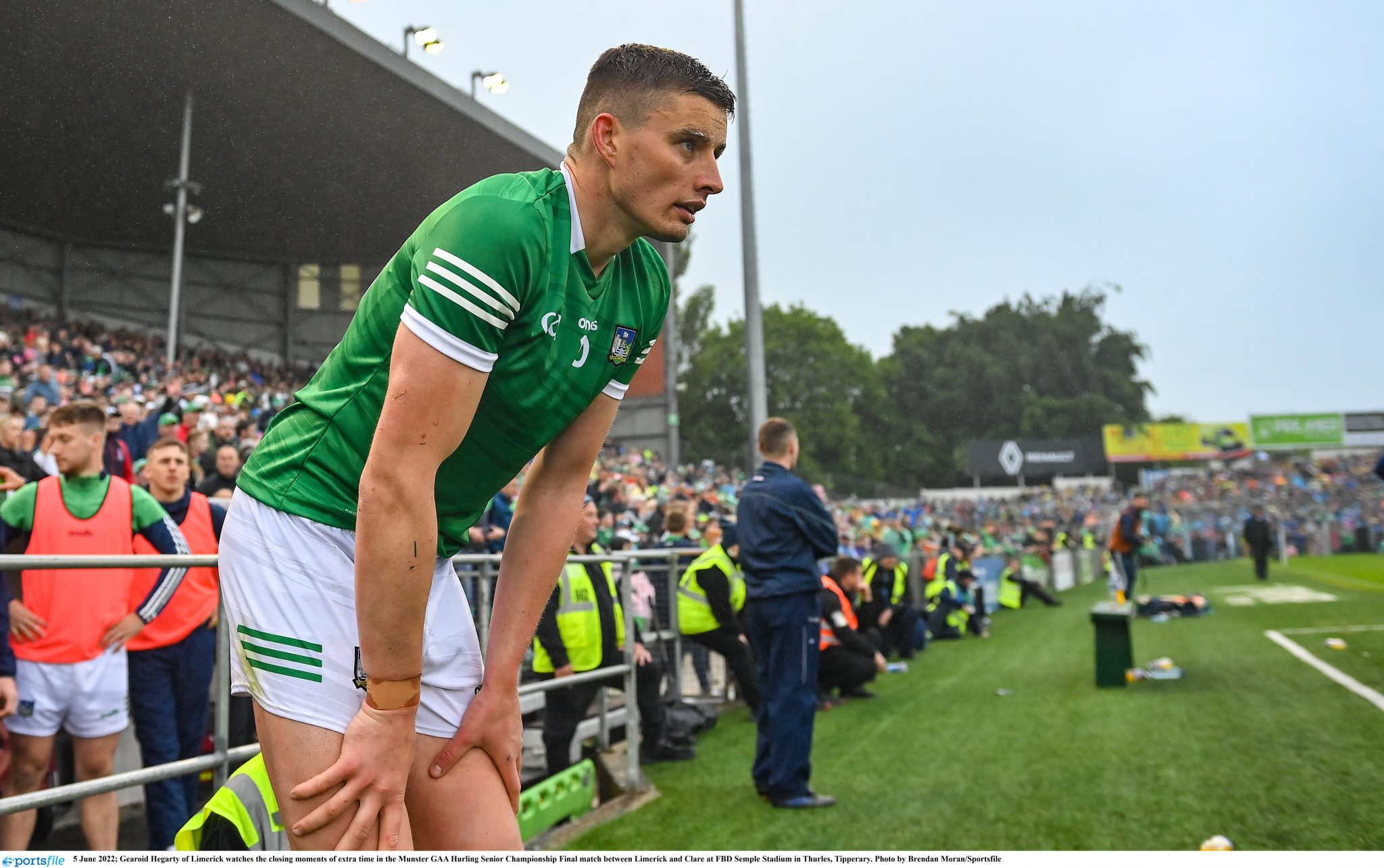 "I honestly believe that there is no secret to success. If you look at our panel, the vast majority of them have been there since 2017, so that's nearly six years of hard work to get us in the position that we're in.

"Some lads are there longer, some lads have joined us in the meantime, but the core group have been there five and six years at this stage. 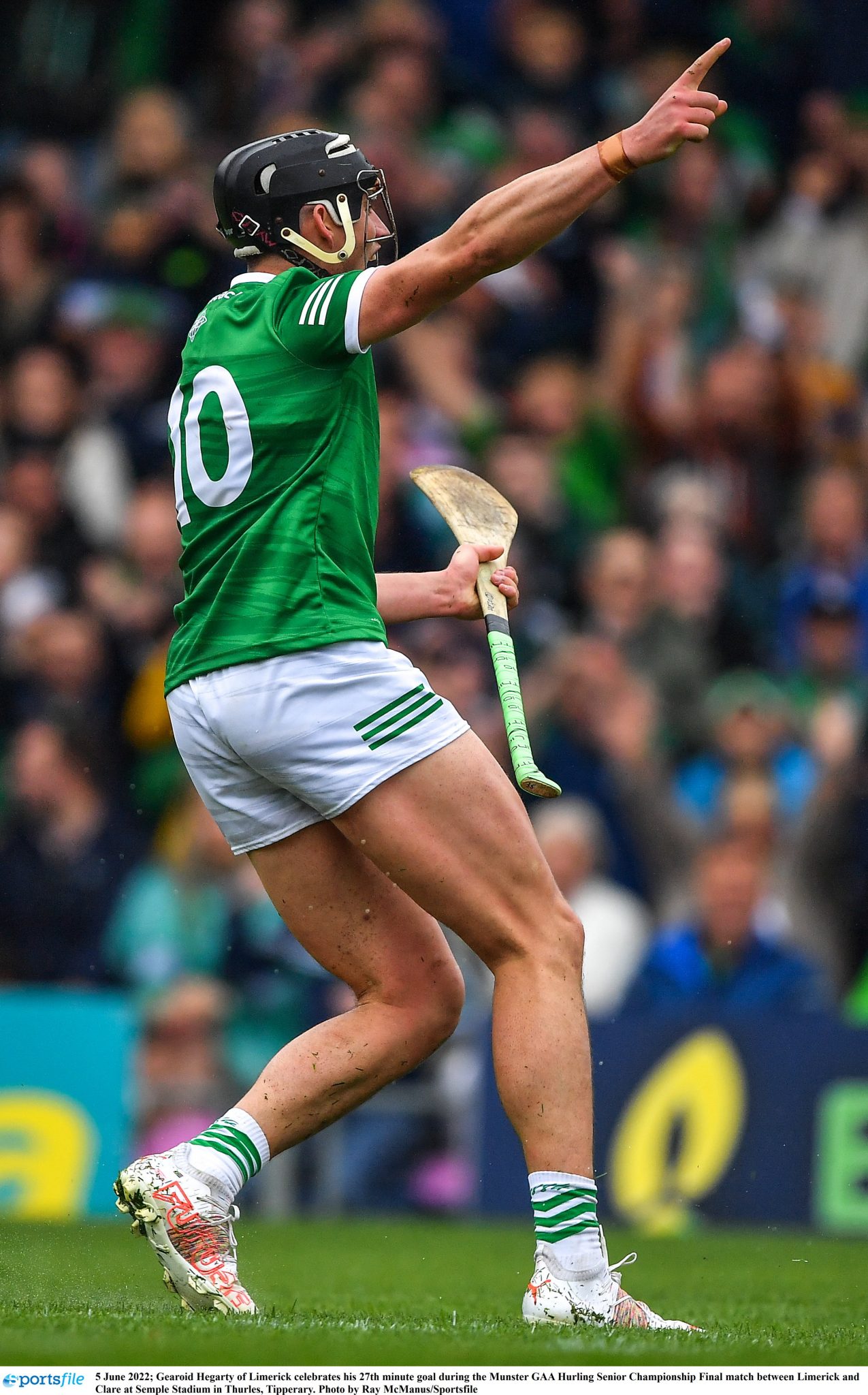 "When you come back at the start of the year, you think that you're starting from zero again, but you're not like. You're unfit, and I suppose you need to get fit again, but things come back to you quickly because you have such a good foundation built up over the years, so I just think it's a lot of hard work over the years.

" I know it's kind of a boring answer, but I genuinely do think that's why we're in the shape that we're in; the vast majority of us have been in the last five or six years, putting in that hard work, consistency and dedication to it."


popular
World Cup 2022 Day 12: All the major action and talking points
France demand FIFA change result of World Cup defeat over 'rule break'
Damien Duff makes 'brutally honest' England World Cup prediction after Wales win
Cristiano Ronaldo 'agrees £173m-a-year deal' with Saudi club
"Nowadays, even if I don't hit a ball, I don't care as long as we win" - Gleeson learning from the past
Castleknock's Warnock the hero as Maynooth win first ever Ryan Cup final
Thibaut Courtois warns teammates after leaks emerge from Belgium camp
You may also like
3 weeks ago
Munster, Connacht and Ulster GAA clashes stack your TV guide this weekend
3 weeks ago
Jamie Clarke takes sabbatical from soccer to commit to Crossmaglen
4 weeks ago
Paul Finlay reveals secret to high performance in your late 30s
1 month ago
The one moment that shows why David Clifford is the best player around
1 month ago
Quiz: Can you name these intercounty GAA teams from their nickname?
1 month ago
The five most unlucky players to miss out on an All-Star
Next Page