The wait is finally over for Limerick, but that was one hell of a tense finish!

END_OF_DOCUMENT_TOKEN_TO_BE_REPLACED

Limerick looked home and hosed against Galway, in the All-Ireland hurling final, but two goals in injury time had fans from both counties, and around the nation, on the edge of their seats.

Shane Dowling's goal was supposed to be the final nail in Galway's coffin but Conor Whelan and Joe Canning sparked an incredible comeback...

Limerick were in their first final since 2005 but they should no signs of big match nerves, certainly in the opening stages. They raced into a 0-3 to 0-1 lead but Galway, looking to reclaim the Liam MacCarthy, fought back and levelled matters at 0-5 apiece.

The first half's huge talking point arrived after 16 minutes when Padraic Mannion was shunted off the ball and Graeme Mulcahy got a goal chance. The opportunity looked to have passed as James Skehill raced from his goal-line but the ball stayed in play and Mulcahy got the final touch.

END_OF_DOCUMENT_TOKEN_TO_BE_REPLACED

Aaron Gillane and Darragh O’Donovan chipped with with scores for Limerick but, soon after the goal, it was Declan Hannon, Limerick's inspired captain, had his team bombing it. He jinked in to nip the ball away from Joe Canning and powered the sliothar over.

By half-time, Limerick were four in front but both sides had combined for 21 wides. HALF-TIME: Limerick 1-10, Galway 0-9. 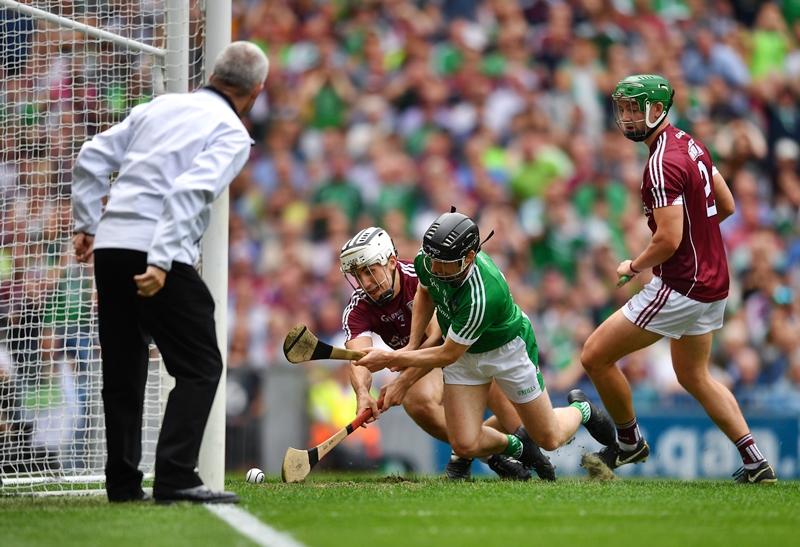 Galway were first out on the pitch for the second half but it was Limerick that got the scoreboard ticking over before their rivals. Johnny Coen and Joe Canning add to a worrying tally of wides while Limerick pulled away with five points in a row, with 20-year-old Kyle Hayes scoring three of them.

It was a rocket of a start and Hayes had the crowd thrumming.

Gillane's free, on 44 minutes, had John Kiely's men eight to the good and one could be forgiven to looking to the sidelines for movement on the Galway side. Micheal Donoghue eventually ceded and began to bring off some of the men that had driven the Tribesmen to the final.

Canning point from play, on 51, but every Galway score was coming after far too much graft and far too many wides.

Canning had been briefly taken off free duties but he got his side going, midway through the half, with a score from play. Limerick needed a response and Tom Morrissey provided it. The Ahane clubman may have taken a few more than four steps but his composure to skate past three Galway defenders and rattle one by Skehill was pure class.

With 10 minutes to play, it was 2-15 to 0-13 and the Treaty County were flying. The excellent Séamus Flanagan had a goal-bound effort saved by Skehill, who was then helped off as the sliothar had struck his head with a fierce impact. He was replaced for the closing minutes as Galway desperately tried to get back in the match. 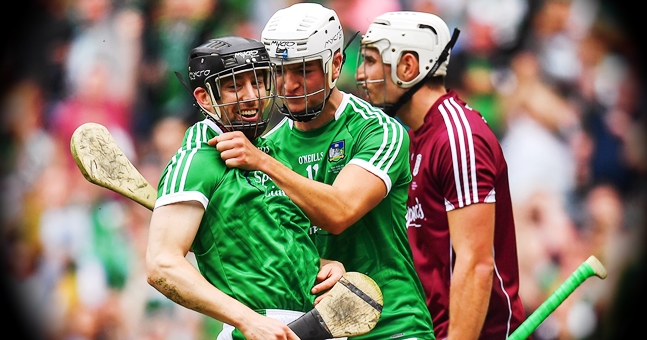 Canning started to chip off that imposing Limerick lead but Shane Dowling, their super-sub this championship summer, was sprung from the bench to put an end to it.

That he did and his 68th minute goal all but killed the tie.

Conor Whelan banged one in near the start of time added on and the ribbons were not tied on the trophy yet. Definitely not when Canning walloped in another on 74 minutes.

The final whistle blew after an epic injury-time wait but Limerick would linger no longer. 45 years of waiting were over and Limerick were champions.

OUR MAN OF THE MATCH: Kyle Hayes (just edges Hannon)


popular
Owen Farrell praises Johnny Sexton in revealing interview ahead of Six Nations
British publication urges Gareth Southgate to claim Evan Ferguson for England
Everton release brutal 59-word statement to confirm Anthony Gordon departure
Allianz National Football League Round 1: All the action and talking points
Two Ireland stars included in Premier League's 'young English XI'
Cristiano Ronaldo will return to Europe to end his career, Al Nassr manager confirms
Sean Dyche set to be named Everton manager after Marcelo Bielsa talks break down
You may also like
3 weeks ago
Moran and Bradley and Cooke show that it's hard as ever to beat the big man in midfield
4 weeks ago
How many of the 65 county senior champions for 2022 can you name?
2 months ago
"I appreciate Moycullen now more than ever" - Cooke's American lifestyle from a Moycullen base
2 months ago
GAA JOE Team of the weekend
2 months ago
Results from all around the grounds on a blockbuster day of provincial action
2 months ago
GAA JOE Team of the weekend
Next Page