Just a few weeks before they went toe-to-toe in the Mayo county final, Lee Keegan and Padraig O'Hora walked shoulder-to-shoulder up the Foxford forest trail.

They may be county players and they may be heroes to many but, like the rest of us, they're only human too. They face the same struggles that we do and, on their Movember rucking challenge, they discussed the struggles they've faced not just in the last few months, but over the course of the last few years.

O'Hora opened up to Keegan about the cloud that hovered over him this time last year when, with work and sport and family life all piling up, it eventually became too much so he stopped training just to give himself a break from it all.

END_OF_DOCUMENT_TOKEN_TO_BE_REPLACED

"I had a difficult time to say the least, this time last year," says O'Hora who, along with Keegan, has teamed up with leading men’s health charity Movember to encourage men to open up to their friends.

"Although I know what anxiety and depression looks like, and understand it, I'd never really felt it. I didn't really know what I was feeling. The only way I could describe is that picture of a person with a cloud hanging over them.

"It wasn't that I couldn't get out of bed, I wasn't having the worst time of my life. I just wasn't happy.

"I went for a walk in the woods with one of my mates and he just kind of asked me about something and I brushed it off. He knew me well enough, I'm usually eccentric and outgoing. And he was just like 'what's up? Do you really want to talk?' 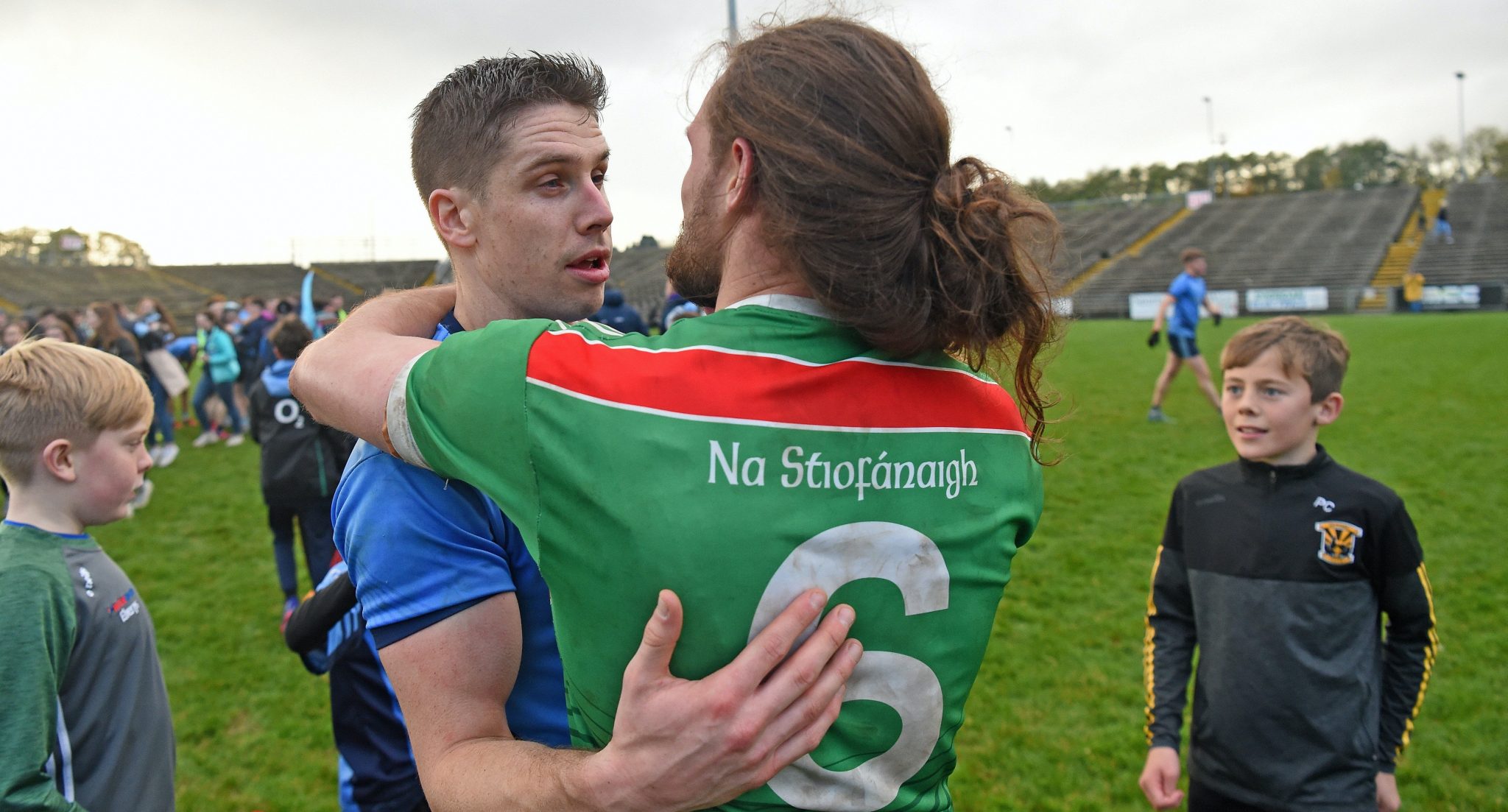 END_OF_DOCUMENT_TOKEN_TO_BE_REPLACED

"And I did. And I just explained to him, 'I don't know what it is but I'm not great.' He was like you know what you need to do here, go and see your GP. I did that, and went from there, couple of months down the line, bit of support, a little bit of counselling, I was back on track."

The purpose of the campaign is to encourage young men of Ireland to open up to their friends and that's what Keegan did when he talked about his struggles with exams, and settling into college. 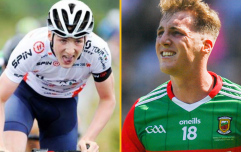 END_OF_DOCUMENT_TOKEN_TO_BE_REPLACED

"I became over-awed by it," added the five-time All-Star.

"I didn't know what I wanted to do. I picked a college course because my friends were going to college, I picked it because I wanted a bit of a party life and to enjoy life but I wasn't ready for it. I was a very nervous student when it came to exams, failed more than I passed, then got called stupid all the time.

Lee Keegan and Padraig O'Hora couldn't help but share a smile as they collide 👊😂 pic.twitter.com/DjXUGq33xE

In a survey conducted by the charity, over 50% of men who regularly play sport said they would consider opening up to a friend after a match or training session and, on the course of their walk, on the subject of body image, Keegan talked to O'Hora about the pressure social media places on people.

"For me, from a pandemic thing, I probably looked at this through social media. I felt a bit of pressure I suppose through exploring these sides of social media, staring at the phone and seeing people posting their work-outs, what they're eating, what they're doing. And what I found personally was it actually made me a bit anxious, that I was sitting at home looking at it. 'Am I lazy?' Or 'am I not going to get these ripped abs?'

O'Hora sees where he was coming from, and summed it up perfectly.

Watch the full video below. Movember's purpose is to confront, challenge and change men's health to save more men's lives. Sign up, or donate now at Movember.com.


popular
"Every team did it!" - Paul O'Connell on Roy Keane comment to Ronan O'Gara that he couldn't deny
Five confirmed changes and guidelines to have big impact on 2023 Six Nations
Everton release brutal 59-word statement to confirm Anthony Gordon departure
"It's crazy to think Bundee Aki might come straight in and start against Wales"
Owen Farrell praises Johnny Sexton in revealing interview ahead of Six Nations
British publication urges Gareth Southgate to claim Evan Ferguson for England
CCCC order replay of All-Ireland club football final
You may also like
3 weeks ago
"That fecker, again?!" - A Dubliner's perspective of going up against Lee Keegan
3 weeks ago
"I was like 'Jesus, I've no hope of getting into the team now.'" - 2017 A vs B game was Keegan to an absolute tee
1 month ago
"We’re better people in our house because of her" - Mayo's All-Star Danielle Caldwell continues to be inspired by sister
3 months ago
Late Damian Casey named on Ring, Rackard and Meagher Team of the year for fourth successive year
3 months ago
GAA JOE Team of the weekend
3 months ago
Padraig O'Hora gets his hair pulled as fly-goalie gets punished in Mayo championship
Next Page