Lee Gannon says that, during the off-season, his aim is to get stronger, faster and more skilful as he looks to build on a brilliant first year with the Dublin senior footballers.

From an individual perspective, there's no doubt about it, it was a brilliant first year.

And Gannon deservedly rounded it off with a Young Footballer of the Year nomination but there's two chances of him resting on his laurels. Slim and none.

END_OF_DOCUMENT_TOKEN_TO_BE_REPLACED

We chatted to the Whitehall-Colmcille player at the launch of AIG's new Dublin jersey on Wednesday morning and the first thing you'd notice is the modesty. The second is the desire to improve.

The 22-year-old first joined the Dublin senior football panel during the first Covid lock-down in 2021 and he says that, from the beginning, it was a steep learning curve.

"My fitness took a bit of a hit in that first lock-down, so when I went in, I just struggled aerobically to keep up with the lads," he says.

"Then my football wasn't as good as them either, my mindset and my strength as well - and they still aren't as good as the lads at this stage - so it's just about trying to get up to that level," he adds, when asked about his aims for the off-season.

END_OF_DOCUMENT_TOKEN_TO_BE_REPLACED

"I'll try to put on a bit more weight. 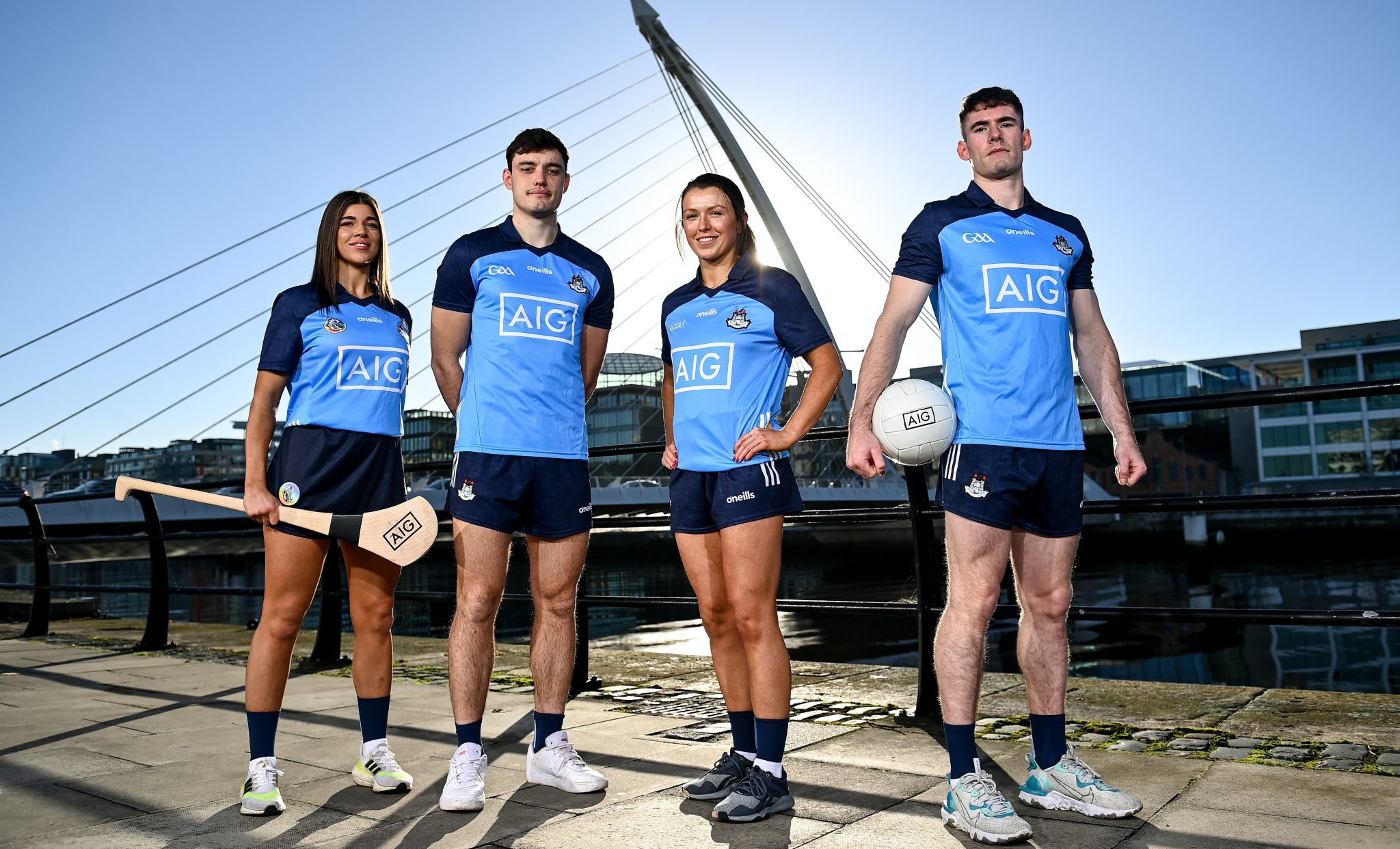 END_OF_DOCUMENT_TOKEN_TO_BE_REPLACED

"It was surreal," he says of walking into a dressing room full of his idols.

"But at the same time, I think we, as younger lads, need to try and create a new identity for the team, by trying to help the more experienced veterans, like Macker, Jonny and Fitzy. The whole set-up would prosper from that."

Growing up, Gannon was always highly-rated in Dublin and that's how he made dual underage teams all the way up. At minor then, he decided to play hurling only, and while he still loves hurling and football equally, it's come full circle now.

"My da's side of the family would have been mainly soccer. So I played a bit of that. And I played rugby with Coolmine too but hurling and Gaelic were my first loves. I played dual all the way up, and then a few decisions had to be made.

"It would have been equal to be fair. At minor level, I had to make a decision and first went with the hurling. Just the way life panned out then, I ended up back with the football but at the minute, I still love the two of them. It was a tough decision but I'm happy with it now."

Whitehall lost, but what a performance from Lee Gannon 💪 pic.twitter.com/W4jf56oMt6

And why wouldn't he be? Gannon ended the year as a Young Footballer of the Year nominee and while he was 'shocked' about that, he was also delighted to get back in with his club's hurling team recently. That was when they won the Dublin senior 2 championship.

"It was a massive shock to myself now. Jack and Ethan were well deserving but yeah, I was shocked. My whole focus for the year was to get a jersey, to try get one minute in an O'Byrne Cup game. And it's the same now this year. Individual accolades are nice, but that's not what you do it for."

"When we (Whitehall Colmcille) were playing Na Fianna in the football and Faughs there in the hurling, the club met down at our grounds and walked down to Parnell Park. Small things like that. Kids coming up to you for an autograph or a knuckle touch, simple things like that bring the whole community together."