Kildare responded to their 15-point Leinster semi-final loss to Dublin by beating Antrim on the double. 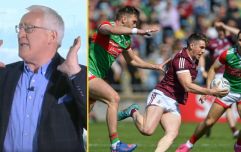 END_OF_DOCUMENT_TOKEN_TO_BE_REPLACED

The Saffron county managed 14 points in their All-Ireland Qualifier Round 2 encounter, in Belfast, but Kildare were inspired by two of their best attackers.

Cian O'Neill's men showed no lingering hangovers from their Leinster loss to the Dubs and became the first county in the pot for the next round of the qualifiers with their 14-point triumph.

Fergal Conway got the Lilywhites' goal, in the second half, after some slick passing from Neil Flynn and Jimmy Hyland but O'Neill will be most enthused by the vibrant performances from Hyland and Adam Tyrrell. 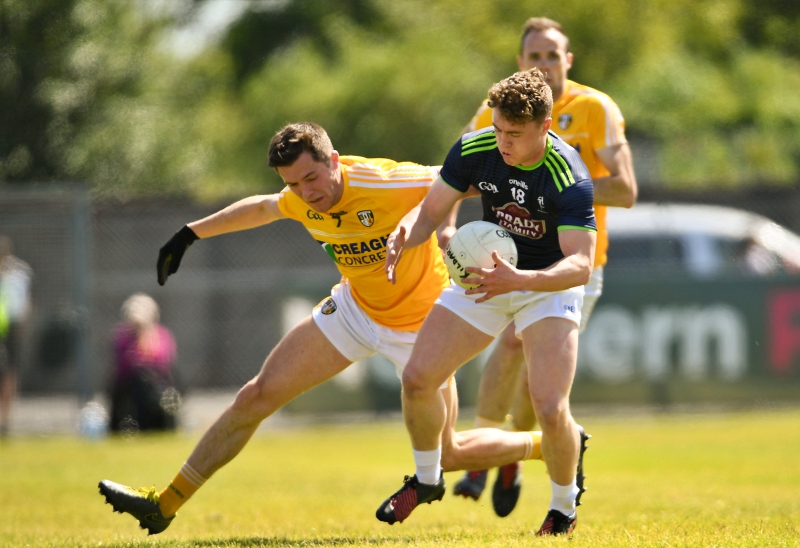 Jimmy Hyland of Kildare in action against Niall Delargy of Antrim during the All-Ireland Senior Football Championship Round 2 match at Corrigan Park in Belfast. (Photo by Ramsey Cardy/Sportsfile)

END_OF_DOCUMENT_TOKEN_TO_BE_REPLACED

Hyland was the Under 21 Player of the Year but looked to be struggling at senior level after a stretch of difficult games in the league and championship. Against Antrim, he was a handful and he scored 0-3 from play as well as teeing up the goal and winning frees in scoring positions.

Tyrrell and Flynn shared the free-taking duties and the Moorefield forward dolloped over four of his while pointing another three from play in a 0-7 scoring return.

Army duties in the Lebanon impacted on Tyrrell's inter-county commitments in 2017 and 2018 but he has had a good run of it this year and Kildare are the main beneficiaries.

END_OF_DOCUMENT_TOKEN_TO_BE_REPLACED

Kildare went three clear after a fast start before Antrim responded with a couple of their own. It was 0-4 to 0-3 after 13 minutes but the game all changed after Hyland came on for the black-carded Chris Healy. The visitors went on a run of scoring four consecutive points from play and, just before half-time, Hyland got in on the scoring act.

It was 0-13 to 0-6 at half-time and when the Conway goal arrived, five minutes into the second half, it was effectively game over. With Hyland, Tyrrell, Kevin Feely and Flynn (0-8) all keeping the scoreboard ticking over, there was no respite for the Ulstermen.


popular
Kieran McGeeney on the defensive after post-match questions on brawl
Damien Comer targeted in brutal, chaotic Armagh and Galway brawl
Conor Gleeson's gesture to heartbroken Ethan Rafferty a tonic after sideline brawl
Shane McGuigan does a 'Sueey' Cristiano Ronaldo would be proud of after winning MOTM
Erik ten Hag 'orders specific grass measurements' and strict eating plan
Roy Keane makes good on bet after seeing Cork fall to Dublin
"That bit of a fracas nearly woke us back up again" - McDaid never doubted his boys in the shoot-out
You may also like
1 year ago
Galway reach Connacht final as Sligo withdraw due to Covid cases
2 years ago
Kerry should be proud of Paul Geaney, a man who left it all out there
2 years ago
If this is the end for Diarmuid Connolly, there was one more piece of magic to behold
2 years ago
Huge controversy at Croke Park as Con O'Callaghan gets away with one
2 years ago
Not a hope in hell Jack McCaffrey was letting Dublin let slip of history
2 years ago
Dublin and Kerry announce All-Ireland teams but here's who we reckon is really starting
Next Page