"To get the opportunity to soldier with and against some of the greatest players of all time is something I will always treasure."

Kieran Donaghy is now a former inter-county player and Kerry must go on without a true talisman.

'Star' called time on his Kerry career but will seek to play on with Austin Stacks, his club, as well as keeping up his basketball commitments. One expects we may see him show up as a pundit quite a fair bit in the coming years too.

The 35-year-old made his announcement with a lovely poem about living his dream with the Kerry team and the memories he will forever cherish. 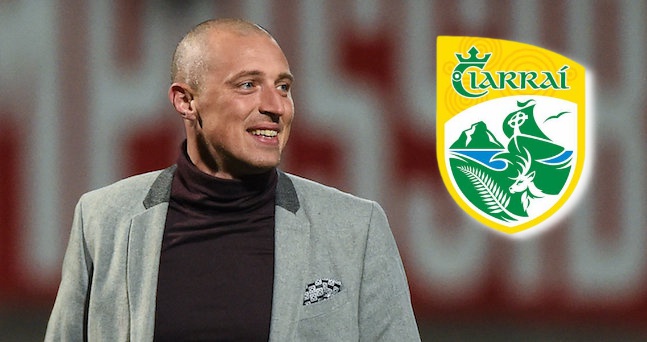 Thank you, Kieran. 12 years, three All-Irelands, three All-Stars. It's been a hell of a ride. The...

END_OF_DOCUMENT_TOKEN_TO_BE_REPLACED

Donaghy gave a more straight-forward, but no less impactful, statement on the Kerry GAA page and paid tribute to all the men he had soldiered with on the field and all that supported him, and The Kingdom, off it. He also called on Kerry fans to get behind the next generation, heading into 2019 and beyond.

As well as a nice statement from Tim Murphy, chairman of the Kerry County Committee, there were a couple of touching odes from two men that coached Donaghy at the highest level - Jack O'Connor and Éamonn Fitzmaurice.

Fitzmaurice, who finished up with Kerry after elimination from this year's Super 8s stage, highlighted two of Donaghy's greatest achievements in the green and gold. He stated:

'Kieran has been a totemic figure for Kerry since he broke into the team in 2006 and has led from the front since.

One line stood out though.

"He book-ended his career by re-energising an ailing group in 2006 and inspiring a new group in 2018.' 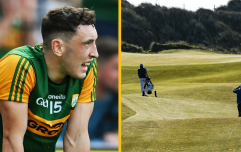 END_OF_DOCUMENT_TOKEN_TO_BE_REPLACED

If that comment from Fitzmaurice would appear to cast that Kerry team that won four All-Ireland's between 2004 and 2009 in a bad light, look no further than the words of Jack O'Connor. The Dromid Pearses man, who led Kerry to three All-Irelands, commented:

'Kieran revolutionised our fortunes against Longford in 2006. He missed the replay against Cork and was back for the Longford game. In the four games before Longford, we scored no goal and in the next four games, we scored 11 goals! We scored four goals against Longford and Kieran was involved in all four, such was his influence. Kieran provided us with a new focus.

'He had a brilliant combination of size, strength, agility and great hands. His basketball knowledge and skill played a huge part in his game.'

Fitzmaurice also mentioned Donaghy's return to the Kerry team for the 2014 All-Ireland campaign, which delivered his fourth Sam Maguire triumph, as a true mark of his fighting spirit.

To be credited as a driving force for three of his four All-Ireland wins is something many GAA fans will acknowledge and remember him for.


popular
QUIZ: How many of the 10 most successful football counties can you name without making a mistake?
Conor McGregor and Floyd Mayweather 'in talks' about a rematch
Éamonn Fitzmaurice explains Aidan O'Shea's best position and how it can be used against Kerry
Matt Le Tissier says he asked Sky Sports why they never sacked Jamie Carragher
Patrick Vieira claims he was 'much better' than Roy Keane in new interview
Steve McClaren issues warning to Man United players
Two All-Ireland quarter-finals to be streamed exclusively live on NOW
You may also like
1 month ago
Lengths Billy Sheehan went to for Collins Ugochukwu shows how welcoming the GAA can be
1 month ago
Tyrone's animal of an U20 midfielder runs out over the Kerry boys in Portlaoise bull-run
2 months ago
"If you were getting too tight, you'd get a box into the chest" - How the best forwards shut the trash talkers up
2 months ago
"The Aussies were brutal, they'd call you all sorts of names" - Hanley on sledging in the GAA
2 months ago
After all the mouthing, O'Hora admits defeat and pays his respects to outrageous Clifford
2 months ago
Allianz League final media event cancelled because of GPA protest
Next Page