Cork will have their work cut out for them against these Kerry forward lines.

Ahead of the Saturday evening Munster Football Final, Kerry boss Eamonn Fitzmaurice has named a very strong side.

The Kingdom will take on old rivals Cork at Páirc Uí Chaoimh and there is only one change from the side named for their last outing. That means a second start in a row for James O'Donoghue. 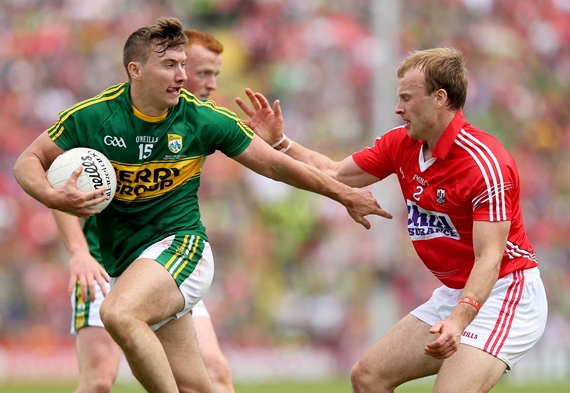 O'Donoghue will, once again, play further up the field with Paul Geaney and David Clifford for company.

From the starting 15 named to face Clare in the Munster semi-final, Brian Ó Beaglaoich is named in the half back line instead of Austin Stack's Ronan Shanahan.

The Kerry bench looks very strong too. Kieran Donaghy and Darran O'Sullivan are named in reserve, while Barry John Keane and Anthony Maher are also there should Fitzmaurice require their services.

A win for The Kingdom on Saturday would secure their 80th Munster title.

The team was officially named at half-time on Radio Kerry, who were providing live coverage of the Kingdom's U20 encounter with Waterford.