It was all looking so good for Clare... for about two minutes. Kerry made them pay, and pay, and pay.

Eoin Casey ans Pearse Lillis put Clare 02-00 ahead of their hosts, at Fitzgerald Stadium, but spent the rest of the first half chasing shadows and cursing the resumption of normal services.

Eammonn Fitzmaurice started with a frontline bursting with scoring potential. Sean O'Shea, Micheál Burns and Stephen O'Brien in the half forward line with Paul Geaney, James O'Donoghue and David Clifford further ahead. If Kerry were switched on, Clare surely knew they were in for a long afternoon.

The Kingdom were switched on. O'Shea and Geaney certainly were as they combined for 15 points.

Colm Cooper was one of 16,729 fans at the game in Killarney and the past master was treated to Kerry scores from all angles. 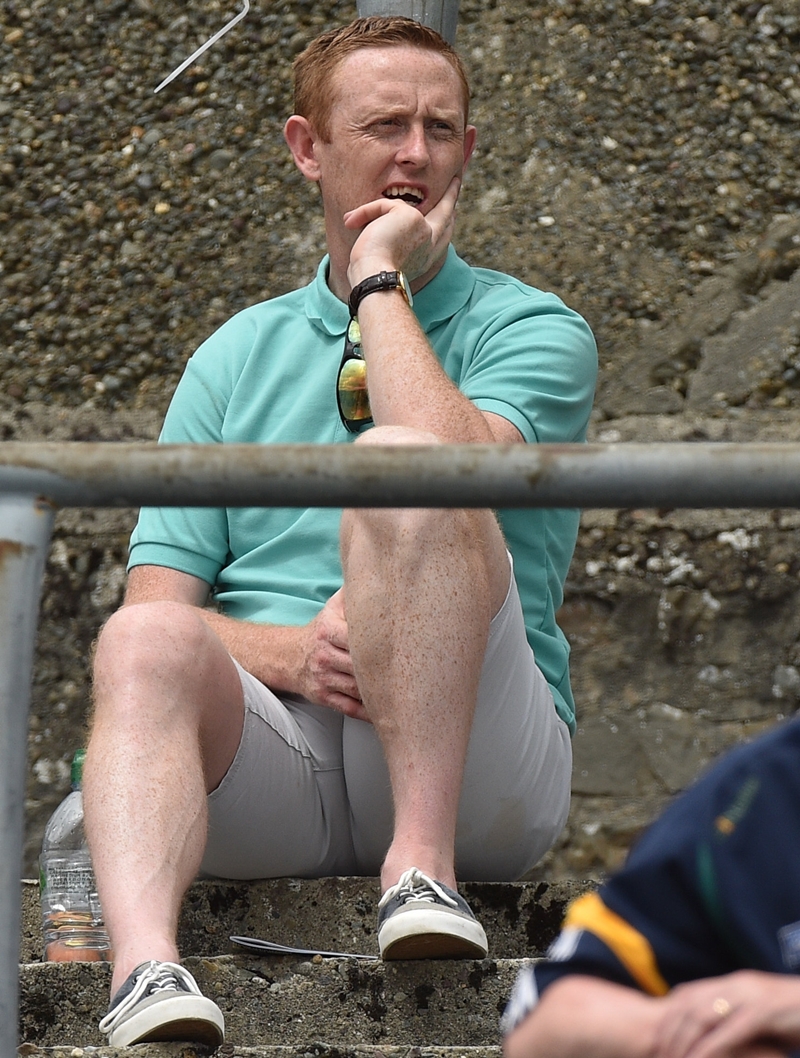 Burns, O'Shea, O'Brien and Clifford all combined to put Kerry 06-02 ahead after 15 minutes. David Tubridy fired back for Clare before the hosts set out to end the semi-final as a contest by half-time.

END_OF_DOCUMENT_TOKEN_TO_BE_REPLACED

Geaney and O'Donoghue got in on the pummelling to ensure all six Kerry forwards had scored before the half-hour mark. Jack Barry and Geaney added further scores and it was game over by the break - 0-16 to 0-4.

Jamie Malone got a couple of points for Clare as the second half began but O'Donoghue and O'Shea were dialled in. 22 Kerry points scored in just 50 minutes and Fitzmaurice, sensing this one was in the bag, started to make some changes.

One of those replacements, Barry John Keane, was on the pitch for less than a minute after replacing O'Donoghue before he was raising the white flags with a score. Clifford got his second point of the game before being replaced by Darran O'Sullivan with 10 minutes to go.

The final nails, in a coffin full of them, came from O'Sullivan, Keane and Michael Geaney as The Kingdom reached the final in style.

Kerry are scoring for fun again and they are just warming up.


popular
Referee Mathieu Raynal puts Sexton in his place after TMO mess
Owen Farrell rages at referee Pascal Gauzere as Wales catch England sleeping
Sexton compares "brilliant" Irish debutant Craig Casey to Jonny Wilkinson
The SportsJOE 12 o'clock quiz | Day 308
"I was like, ‘My ear is hanging off my head. Can you not see that?!'"
QUIZ: How well do you know Manchester United players of the 2010s?
Three Irish forwards stand tall in player ratings after Italy thrashing
You may also like
2 months ago
"I love soccer. I'm still stone mad about soccer" - No regrets for talented soccer player O'Sullivan
4 months ago
"In Kerry, it's nearly like a religion."
4 months ago
No victory speech for Clifford as Cavan drop down the Leagues
4 months ago
"There’s nothing to state ‘lucky winner.' An All-Ireland medal is an All-Ireland medal"
4 months ago
Marc Ó Sé: Split the season, give Tony Brosnan his Kerry chance
5 months ago
Club championship just won't be the same without Tony Brosnan
Next Page