John Donnelly couldn't make the DCU Fitzgibbon Cup team in February. Three Kilkenny forwards could. But the Thomastown club man was kept on the bench for their quarter against DIT and semi against UCC.

It was much of a much down in Kilkenny.

February, March and April passed and he was never too far from the dugout. Got called for a couple of League starts but most of them ended in an early walk past an emotionless Brian Cody.

The Kilkenny manager is not renowned for an arm around the shoulder.

From the highs and hopes of an impressive debut season to an apparent dose of second season syndrome. Donnelly was struggling and his season looked a write off.

Confidence is hard to come by and the chin doesn't rise too high when sitting on the bench.

May and June passed and on the sideline was where John Donnelly remained. Kilkenny were tipping along, they were back into a Leinster final but the flame haired wing forward hadn't started one game. The most he'd get was a half against Carlow. He didn't even get on in the Leinster final. 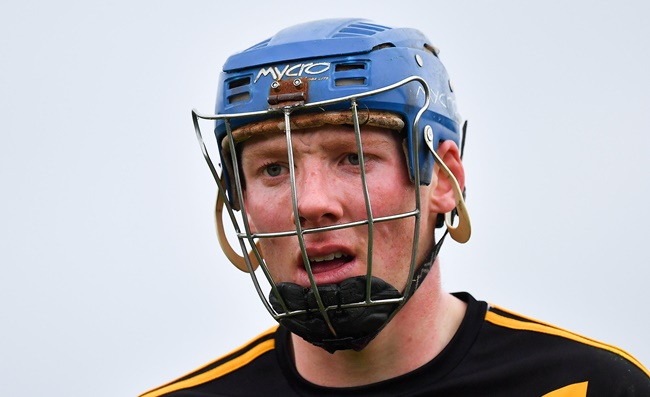 Meanwhile, Cork were coming to town. Kilkenny were meeting their old rivals in the All-Ireland quarter final and there's a whiff of the big time. Croke Park. Knock-out games. Sweet smells. 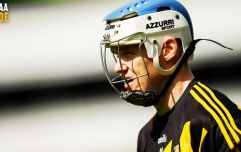 END_OF_DOCUMENT_TOKEN_TO_BE_REPLACED

Training in Nowlan Park is heating up. That loss to Wexford ensures there's places up for grabs. Soon John Donnelly is back in the picture, soon he's bombing up and down that left wing like he's never done before. Soon, the loveliest wrists in Ireland are lighting up the championship.

John Donnelly was always going to make his mark. He's too good not to.

Against Cork, he was a dinger of graft, touch and heart. His control to set-up Colin Fennelly's goal stole the breath of every mouth in Croke Park. His two points were well taken and some of hits were bloody ferocious.

Up next was Limerick. Donnelly was going to be one of the first names on Cody's sheet. These boys play a different game though. Kilkenny went in monumental underdogs.

Donnelly didn't give a damn. He wore into Dan Morrissey from the moment the first ball rolled down the right wing. He patrolled that flank with more energy and pace than you'd expect from him. His hits, tackles, hooks and blocks were central to Kilkenny's hounding of the Treaty.

He was called ashore after 51 minutes. His withdrawals aren't out of a poor performances anymore. It's because he's literally running himself into the ground from the first minute to the last step he's able to take.

From silky striker and forward line luxury to a leader of men. Donnelly has changed his game.

Tipp were well warned but they still struggled to manage him. The 22-year-old was Kilkenny's best player in the All-Ireland final, hitting three from play and rarely giving the ball away.

Some of his scores were gorgeous. This one below shows off those Rolex wrists but his point right after Niall O'Meara's goal was leadership personified.

John Donnelly of @ThomastownGAA, with the loveliest wrists in the landpic.twitter.com/Tv2OMN7msJ

See one of the scores of the day from Donnelly's stick on 0.17 in the below video.

Kilkenny could have done with another John Donnelly on Sunday. They'll be looking to him in the years to come. It would be impossible for a player who only started three games to win an All-Star but by God, Donnelly won't have been too far off.

Surely he'll be starting for DCU next year.

popular
The SportsJOE 12 o'clock quiz | Day 142
SportsJOE 2000s Football Quiz | Round 12
Collin Morikawa makes huge world rankings leap as Lowry drops back
Rory McIlroy defends Dustin Johnson after Brooks Koepka comments
Only a Champions League fanatic would get full marks in this quiz
United through but impenetrable goalkeeper has everyone enquiring
Brooks Koepka puts PGA Championship leaders on notice with final round comments
You may also like
3 months ago
"Hurling is like a wardrobe, whatever you put into it you’ll get back out of it" - Life at St Kieran's
4 months ago
Free spirit James Cha happy out in peaceful China
4 months ago
For Brennan, 'old-school' knock-out championship is the light at the end of the tunnel
4 months ago
We give you the All-Ireland hurling final, you tell us the man-of-the-match
4 months ago
Even injury couldn't hold Richie Power's genius back
4 months ago
The best sporting challenges to use time off to our advantage
Next Page