Jim McGuinness is favoured to go back to coach Donegal after he was dismissed as head coach of the Charlotte Independence on Wednesday.

McGuinness had won just one game from 14 in the USL’s Eastern Conference with the club relieving him of his duties and thanking him for his contributions during his time as manager.

However, bookmakers Paddy Power fancy the former Donegal manager to return to Gaelic Football with a Donegal reunion and a new role with the Mayo footballers both leading the market.

If a return to intercounty Gaelic Football is not on the cards, punters can take a swing on McGuinness taking over as Ireland’s next International Rules manager, or alternatively, if they feel he’s finished with Gaelic Games altogether, he’s then fancied to reunite with Celtic where he has previously served as a youth coach or to take up a job with a League of Ireland club.

Interestingly, at 14/1, there are two options for the Glenties man - either a gig with the Irish Rugby setup or replacing Stephen Kenny as the FAI's under-21 manager. 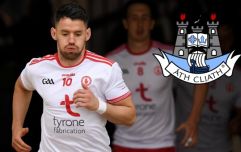 END_OF_DOCUMENT_TOKEN_TO_BE_REPLACED

Independence President and Managing Partner Jim McPhilliamy said that the club’s hierarchy have fallen short as a collective during McGuinness’ tenure at the club but that they will look to retain some of his training methods moving forward.

“Jim McGuinness has improved our club in many ways, including bringing talent to our roster and instituting new training methodologies - both of which we hope to continue moving forward,” said McPhilliamy.

“As a club, our performance is measured on the pitch and collectively, we’ve fallen short. On behalf of ownership, front office and team, the Charlotte Independence organization thanks Coach McGuinness for his service to the club.”