Jack O'Connor has been appointed as the new Kerry boss

This will be O'Connor's third time in charge of The Kingdom.

The Kerry County board have today confirmed that Jack O'Connor, will once again take the helm as the senior county manager.

Having already won three All-Ireland's in charge of his native county in 2004, 2006, and 2009, the Kerry faithful will be hopeful that he can once again lead them to success.

END_OF_DOCUMENT_TOKEN_TO_BE_REPLACED

He took over as minor manager and won All-Ireland titles in 2014 and 2015 before graduating to U-21 manager for four years. But no All-Ireland followed at that level and in the meantime he was overlooked for the senior job when Fitzmaurice stepped down in 2018, Keane being preferred.

He will be joined on his management team by locals Micheal Quirke, who managed Laois for the last two years, and Diarmuid Murphy, who was with Eamonn Fitzmaurice for four years between 2013 and 2016. 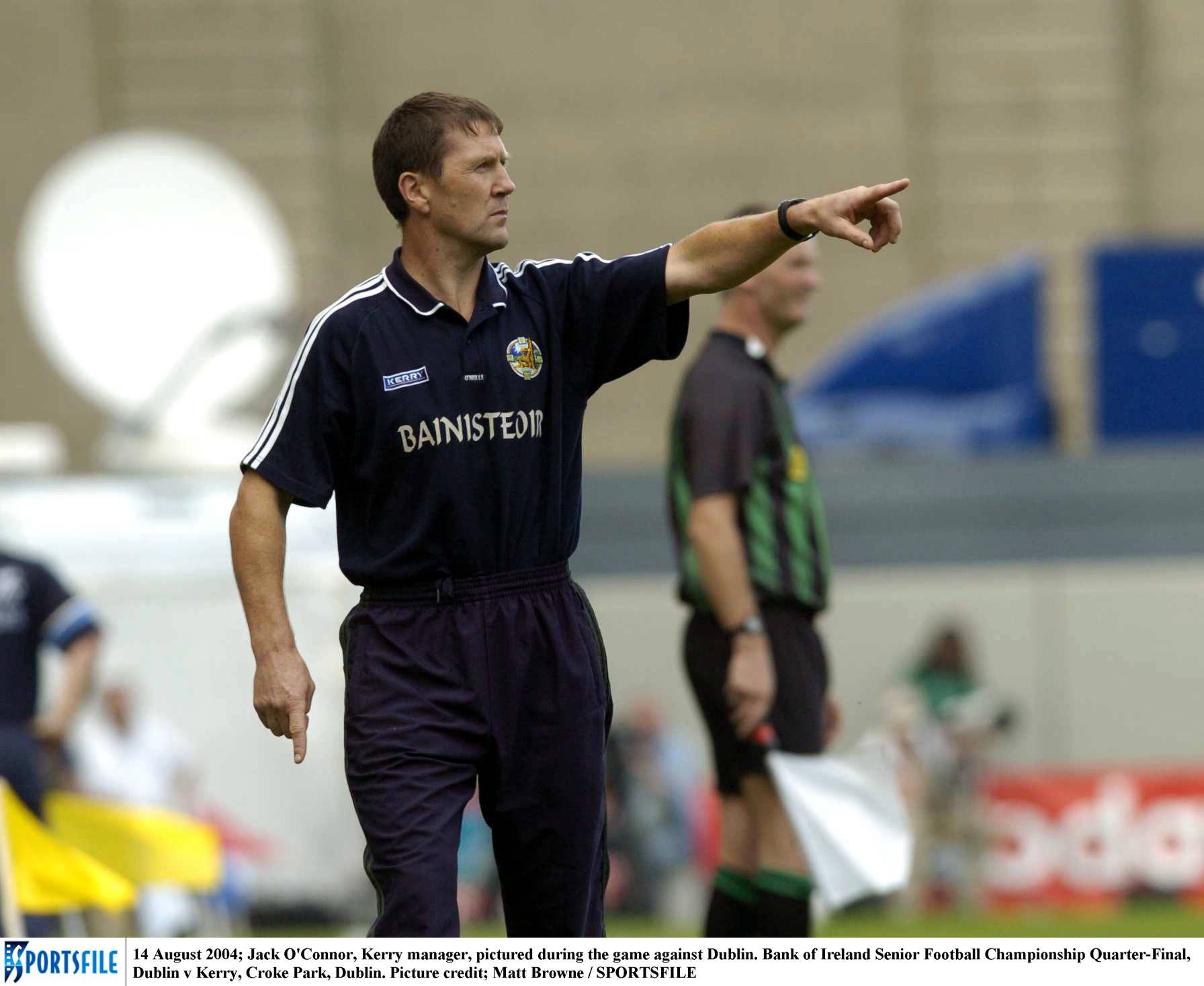 END_OF_DOCUMENT_TOKEN_TO_BE_REPLACED

It is also believed that former Down manager, and Tyrone native, Paddy Tally will be joining the staff in a coaching role, a move which might give The Kingdom some insight to Ulster's recent successes.

Donie Buckley and All-Ireland winning captains Dara O Cinneide and Seamus Moynihan as coaches, were also in the frame and met the committee on Wednesday night.

However, O'Connor is the man who is once again in charge, and it was only a few weeks ago that he was asked if he would ever consider going for the Kerry job again to which he replied: "Who wouldn't want to manage Manchester United?"


popular
Gearoid Hegarty's harsh red card leads to a heated debate in The Sunday Game studio
French media rave about Caelan Doris and 'Playstation rugby' from Leinster
Liverpool and Chelsea fans go viral after bizarre FA Cup final confrontation
Austin Gleeson sent off as Seamus Harnedy stands up again with an absolute stormer
Somehow, we all may have underestimated Johnny Sexton
Phil Bardsley in heated tunnel exchange after controversial penalty
Erik ten Hag terminates contract with Ajax early to start work at Man United
You may also like
1 month ago
"The Aussies were brutal, they'd call you all sorts of names" - Hanley on sledging in the GAA
1 month ago
After all the mouthing, O'Hora admits defeat and pays his respects to outrageous Clifford
1 month ago
Allianz League final media event cancelled because of GPA protest
1 month ago
The natural exuberance of schools footballers puts inter-county in the shade
1 month ago
"There's four of them looking at it" - Pat Spillane calls a spade a spade about Fermanagh's awful injustice
2 months ago
"Christ above let the boys have a few pints and let them enjoy it like it was when we started" - Club GAA OTT for Hanley
Next Page