Let that man loose and watch him run, run, run.

You think he's asleep but Jack McCaffrey is always alive. Alive and kicking. On the prowl for little gaps, little opportunities. Give him a scent of one and he's gone.

He jogs around the place as if to lull the opposition into a false sense of security. They've been lulled. They're wondering what the big deal is with this fella.

He has them where he wants them.

Because then just as they're coming to terms with the play that's happening around them, the Clontarf greyhound has it already read.

He puts the foot down and the afterburners respond instantly. He runs like he's mad at the grass.

18 minutes were on the clock in Croke Park on Sunday when Jack McCaffrey came alive. Steven Cluxton landed a floater in Brian Howard's direction and the Raheny man pulled it down sublimely.

What goes up and never comes down? pic.twitter.com/MxVSf1UVQ0

The whole of Ireland gasped and admired. Jack McCaffrey was already on his way. 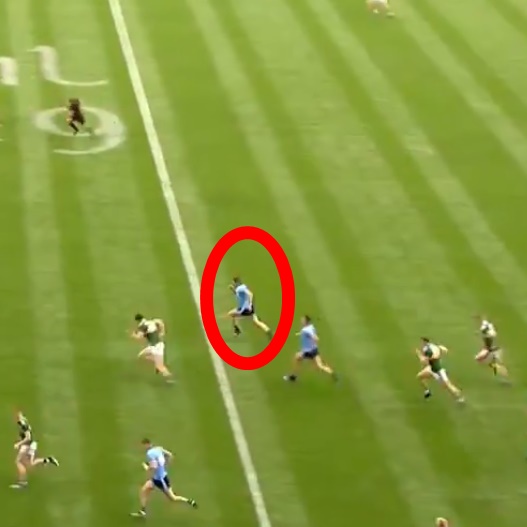 McCaffrey took off 35 yards out from his own goal

He knew he had a job to do, he knew one of those opportunities had come his way and he began his journey. Four Kerry men were passed in the space of five seconds, 40 yards, 50, he gets the pass on 55. 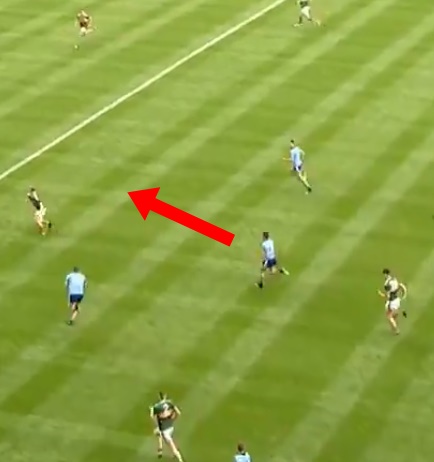 How could they possibly stay with him?

By now the ocean has been split wide open. It's only Shane Ryan in his way. If there's any criticism of McCaffrey it's that his finishing isn't polished well he wasn't messing about here.

Low and hard. No stopping that. A typical Dublin goal. A piece of genius from one players and all of the others feed off it. So often it's that man McCaffrey who's on the run, mad for ball.

That's how Dublin do it.


popular
Roy Keane's first impression of Cristiano Ronaldo proved to be very accurate
The 14 Irish players Down Under as TG4 come up with the goods once again
The SportsJOE 12 o'clock quiz | Day 290
QUIZ: Can you name all of these 1990s GAA stars?
Fernando Torres has got absolutely jacked since retiring from football
Lady Gaga will perform Satanic ritual during Super Bowl halftime show, according to conspiracy theorist
The SportsJOE 12 o'clock quiz | Day 289