There's a nastiness about Mayo that all the best teams need.

You need that edge, you need that bite between your teeth and that animal savagery to do whatever it takes to jump on top of a football before another man can.

Donal Vaughan is an insatiable beast.

Lee Keegan is wired to the moon.

Colm Boyle is an aggressive f**ker.

The O'Connors are never switched off, not for a second.

Mayo aren't a side you can push around and they don't have soft centre that can be exposed at the sight of a perched-out chest. 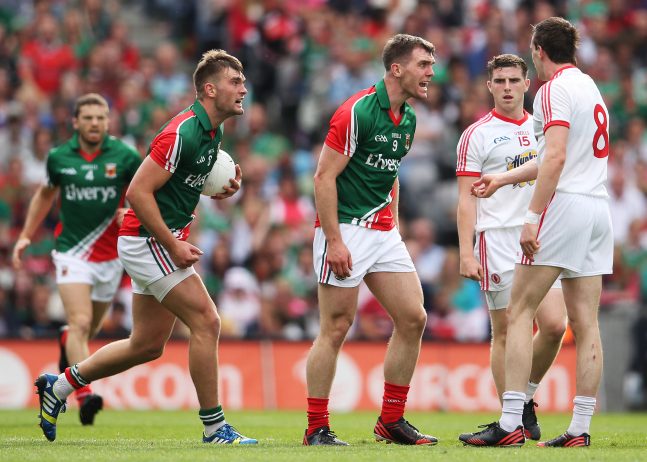 But that notion was something their old management team held against the squad. In an interview with the Independent, Noel Connelly said that the Connacht men were bullied by Kerry in 2014.

"Kerry bullied Mayo in the Gaelic Grounds that day. They went out to win whatever way they had to," says Connelly.

"Even some of the Kerry players who you wouldn't normally regard as being particularly aggressive had an edge to them. Mayo didn't stand up to them as much as they should have.

"It was a point we made to the squad from the start. You can't allow yourself to be bullied, like what happened that day." 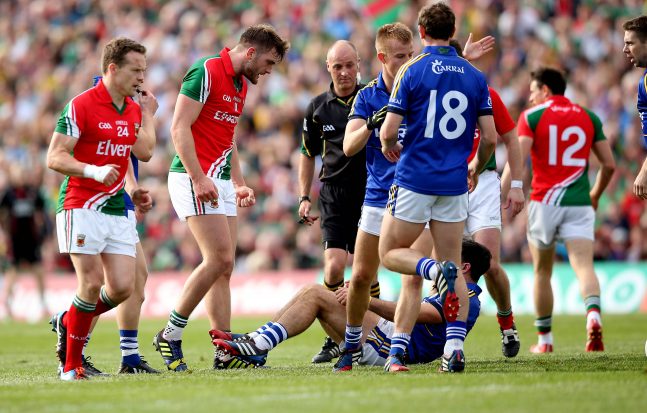 On an explosive GAA Hour, Wooly let rip at Pat Holmes and Noel Connelly and took a thoroughly different attitude to how Mayo hold themselves on the pitch.

"'Kerry bullied Mayo in the Gaelic Grounds' - that jumped out at me," Parkinson said on SportsJOE's GAA Hour. "And especially this: 'it was a point we made to the squad from the start'. So this wasn't just a one-off thing, this was obviously a message from the start and a continuous message they were giving to them, 'ye were bullied'.

"Now, I know from the minute James Horan took over, he wanted to get the idea that Mayo would be bullied out of that squad. And, in fairness to him, he developed a really hard edge to them and, with their strength and conditioning, they're bloody strong, physical men.

"What I saw from James Horan's team was that Mayo did the bullying and Mayo prided themselves on doing the bullying - the Colm Boyles, the Lee Keegans, the Aidan O'Sheas, they bullied teams. They hated that perception of them before James Horan.

"Then these lads (Holmes and Connelly) are coming in and their answer to them losing in heartbreaking fashion to Kerry when they should've won the first game is that 'you were bullied'. And to consistently tell them? Oh my God, I would imagine the players were saying to themselves, 'what are these two clowns on about'."

The backlash against Holmes and Connelly takes a passionate turn https://t.co/moGZ1uucoF #MAYO #GAA

What was also taken exception too was the pair revealing details of feedback that the players offered from last year which included things like preparing specifically for opposition and defensive work.

"A stick they tried to beat the players with was this meeting that they had," Parkinson said.

"I've been in so many of these meetings, players are sent away into groups of four and five and there are different topics that you have to write reasons for. One of them will 100 per cent be - in every meeting - mistakes the last management made.

"And you put those points down so the new management can collect all the answers and use them to work with. 'Let's not make the same mistakes' and it's food for thought.

"Is this the most unusual situation where these guys can't see any mistakes that they've made... yet they're sacked."

Listen to the full show below.


popular
ROG hits the nail on the head assessing Ireland's performance
Player ratings on a dismal day for Ireland in Twickenham
'If that was a cricket game, we could have declared at half-time' - Eddie Jones
The Ireland XV that should definitely start against Italy
Triple Crown wrenched away as England scrape Ireland off their boots
"Emotions will be charged" - Sean O'Brien backing Ireland for Triple Crown
"Next thing, all I see is this 'BANG' coming in over me... It was O'Driscoll"
You may also like
1 month ago
"Growing up, I would always have been naturally fit"
2 months ago
Mayo confirm cult hero Ciaran McDonald has joined their coaching staff
4 months ago
"I was slow, I was never a David Clifford finisher" - Moran's modesty a genuine thing
4 months ago
"You've to work, pay bills, you've to deal with these massive changes" - former AFL star driving his club on
5 months ago
GAA JOE club team of the weekend
5 months ago
Dublin City traffic is bad, but the motorways don't get any shorter
Next Page